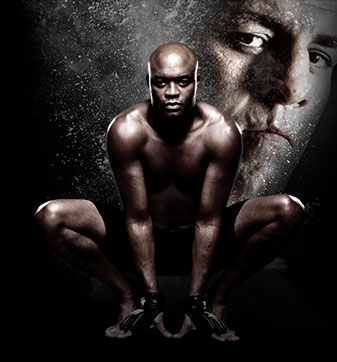 A week from Saturday, one of the greatest mixed martial artists in the history of the sport will make his highly-anticipated return against a fighter whose reputation for never backing down has made him one of the most polarizing figures to ever step foot inside the Octagon.

And when Anderson Silva squares off with Nick Diaz in the main event of UFC 183 on January 31 in Las Vegas, it’s a matchup that warrants the coveted label of “super fight.”

Silva, the former middleweight king and the fighter widely recognized as the greatest of all-time, will make his return to action after suffering what was believed to be a career-threatening injury in his rematch with Chris Weidman at UFC 168 in December of 2013. In the immediate aftermath, questions lingered if Silva would ever return to fight, and the fact that his bout with Diaz will come 13 months after suffering a broken leg is just another example of the Brazilian being an athlete not confined by normal physical limits.

Standing across the Octagon will be Diaz, who is coming off an extended break of his own, yet on far different terms. The last time the former Strikeforce champion competed on the sport’s biggest stage he did so against former welterweight champion Georges St-Pierre. Following his loss to GSP at UFC 158 in March of 2013, the 31-year-old Californian decided that years of going toe-to-toe with the best the sport had to offer warranted time off from competing.

That said, the brash-talking Cesar Gracie Fight Team representative wanted a big fight to entice him to come back and he’s got just that in less than two weeks. Both men were in attendance for Thursday’s conference call to jump-start the run-up to their showdown at UFC 183, and expectations were high as the call began.

Would Diaz be respectful to the most iconic figure in the modern era of MMA? Or would the signature brand of Diaz pre-fight chaos reign supreme? As the call began those questions were immediately answered as it was clear that both Diaz and the GOAT were going to take the high road of mutual respect.

“I’m very happy to be back because I didn’t fight for one year,” Silva said. “Now, I’m very excited because this is my legacy and my dream. The new Anderson is back. I’m more experienced, faster, stronger and more happy. The UFC gave me one more chance to do my job. When I go inside the Octagon I go to work and to put on a show for my fans.

For the duration of his career, and especially since returning to the UFC, Diaz has stepped into one major fight after the next. While his upcoming bout with Silva is undoubtedly the biggest of his storied career, Diaz knows why this particular fight came his way. He understands his high-profile and fan-friendly style make him a must see attraction, and he agreed with the former champion that their matchup at UFC 183 is the biggest storyline the promotion has going.

“At this point in time the UFC is going to use me to fight the most important guys because the guys they have out there right now aren’t really shining too hard,” Diaz said. “They’ll use me anytime they need a guy for a big fight. They need a real fighter that fights the way that fans want to see. All they have to do is make a deal with me. There are a lot of good fighters out there, but I’ve already built a fan base and notoriety, so they are going to want to use me for a big show. That’s what this fight is about.