Sijara Eubanks Is All Business

Heading Into Her 10th UFC Fight, Sijara Eubanks Is Reaping The Benefits From Her Octagon Expereince
By Maddyn Johnstone-Thomas, on Twitter @MaddynThomas • Dec. 17, 2021

Sijara Eubanks finally considers herself a veteran in the UFC.

“Everybody wants to be young and youthful and be a rookie and not to say that I’m not, but I look at my career and I’m proud of it,” Eubanks said. “I’m proud of how many fights I’ve had, the experience I’ve had and the type of fights that I’ve been in.”

Since making her first walk to the Octagon in 2018, Eubanks has earned a 5-4 record in the UFC, making jumps from flyweight to bantamweight back down to flyweight. Thinking of herself as a veteran gives Eubanks a little extra motivation and drive to live up to that status. She wants to set an example to young fighters on the roster that you must put time into the sport to get what you want out of it.

Having the experience that Eubanks has is something that she believes will give her the edge in her next matchup against Brazil’s Melissa Gatto at UFC Fight Night: Lewis vs Daukaus. 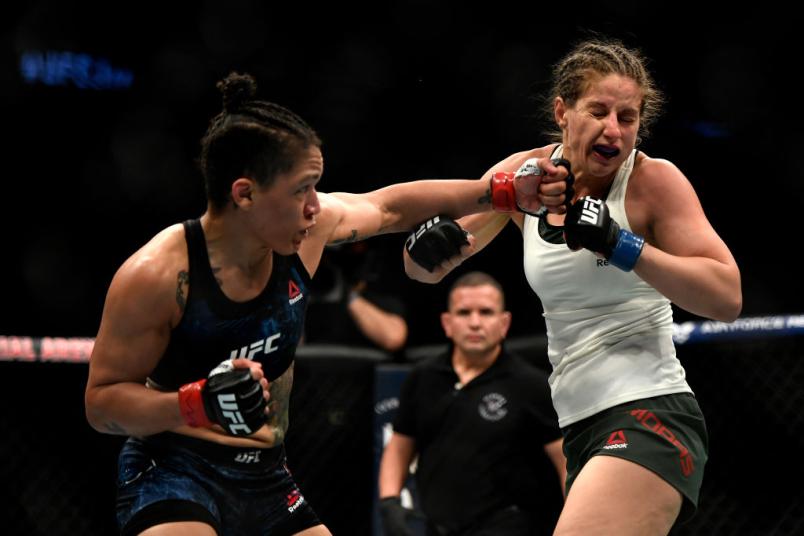 “I don’t have the same kind of nerves; it’s almost like coming out to the APEX is a business trip. Pre-COVID, fight week was a big deal, lights, camera, action your whole family is coming out,” Eubanks said. “Now, especially with the APEX and COVID, it’s like a business trip. Pack my bags and cash these checks.”

Part of Eubanks believing that she has earned veteran status is due to one of her training partners and good friends, Katlyn Chookagian, who is the No. 2 ranked flyweight in the world. Eubanks has been training with Chookagian since 2017 and said that it has been one of the “most important pieces of her career” so far, as they have been both been able to make each other better.

“The cool thing is, I’ve said it a million times, she is more of a striker and I’m more of a grappler and we’ve helped each other in those areas back and forth, quite a bit,” Eubanks said. “Over the last couple years of our careers, our skill set is really rounding out and it’s just been amazing to be on the floor and watch each other level up.” 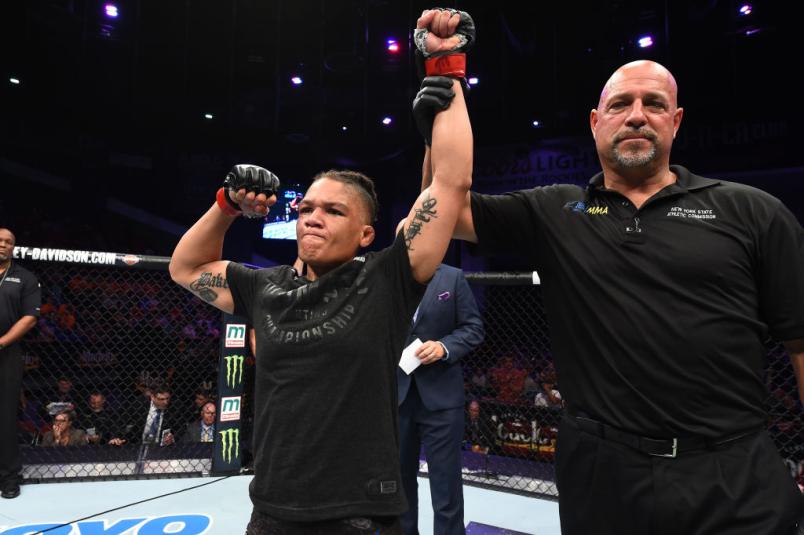 As far as Saturday’s matchup goes, Eubanks will stand across Gatto, who enters her second fight in the UFC with a 7-0-2 record, securing four of those seven wins by submission.

Eubanks isn’t underestimating her opponent by any means but knows that she has some tricks to stop Gatto.

“Any time I get a Brazilian girl I’m like, ‘here we go, you got to kill those girls,’” Eubanks said. “Just because she is unranked and unknown, automatically I look at her record, some of her fights, and know she is going to be tough. All my opponents are tough. She’s well-rounded, got some jiu-jitsu, got some range.” 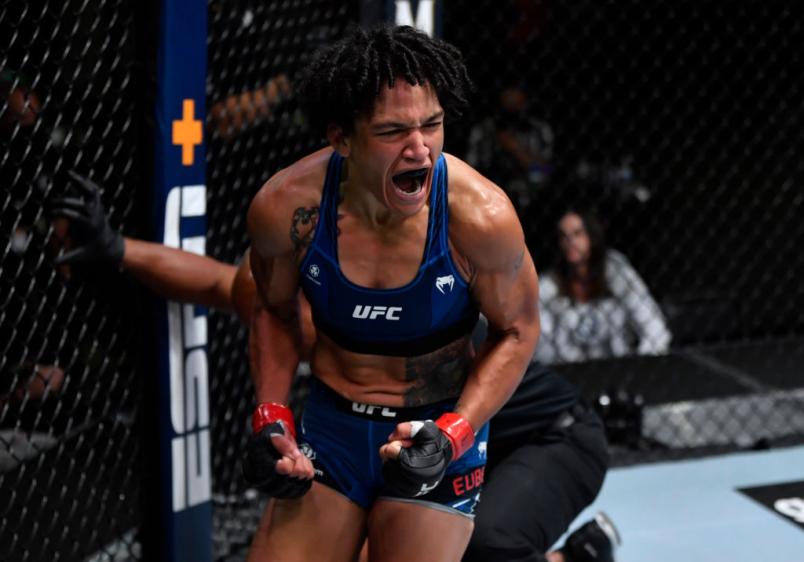 The Massachusetts native feels best at 125.

“Coming into this second fight at flyweight, camp felt good,” Eubanks said. “I’m at a different walk around (weight). I’m a lot faster, lot leaner than I used to be and I’m feeling good.”

Eubanks has a winning mentality as December 18 approaches, only envisioning herself with her hand raised at the end of the night. The 36-year-old strongly believes that she has everything she needs to take Gatto down, from striking, to grappling to wrestling.

“Anytime I bring my best foot forward I get W’s,” Eubanks said. “Anytime I fight how I want to fight, and I put the pace how I want the pace to go, and I go where I want to go, standing or on the ground, I win the fight. That’s the goal. I’ve been enjoying bringing these fights to the ground now that I’m back at flyweight. I had a hard time putting bantamweights on their back, but those flyweights I’m going to start taking them down a bit more.”