We Go Inside The Numbers Of Saturday's Las Vegas Event
By Zac Pacleb, on Twitter: @ZacPacleb • Nov. 18, 2021

(All stats according to UFC’s Record Book and Fight Metric as of November 18, 2021, and only include active athletes in their respective division unless noted otherwise)

What It Means: Vieira is a commanding grappler who throws hard and heavy strikes with confidence that, if the fight gets into a grappling scramble, she’ll be the one who ends up on top. Once she gains control, she is patient and methodical in the way she advances and looks for windows for ground-and-pound or a submission. Along the fence, she is physically strong and imposes herself.

What It Means: Grappling is the bread-and-butter for “Cupcake.” She has a sturdy and tenacious wrestling game, and she shows good toughness and resilience in grappling scrambles. She does well to mix her striking into grappling exchanges and vice versa, and she chain-wrestles well. When she does get control of her opponent, she is active in looking for chances to strike and fish for submissions.

What to Look For in the Fight: Although both women often rely on their grappling, they each have their advantages striking. Tate is a bit more technical whereas Vieira really sits down on her strikes and looks to dish out heavy damage. Vieira might have the outright strength advantage, so how Tate deals with that when they do come together is something to watch. Tate could look to push the fight into a high-paced affair in her second fight back because this is Vieira’s first main event, so a lot of unknowns exist if this fight is dragged into the deep waters. 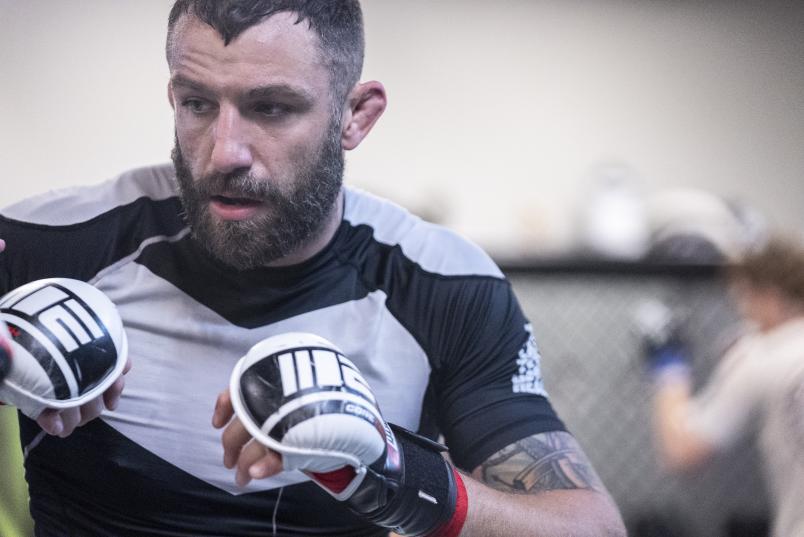 What It Means: Chiesa is a relentless grappler with great scrambling and chain wrestling abilities. He’ll strike as a means to an end, often throwing a flurry to close the distance and get in on his opponent’s legs. From there, whether he is successful on the first shot or not, Chiesa hustles to beat his opponent to the next position and keep the pressure on them to fend off various attacks. If he can get hooks in and climb on his opponent’s back, that often spells the end of the fight. His gas tank is deep and allows him to maintain that style and pace for the duration of the fight. 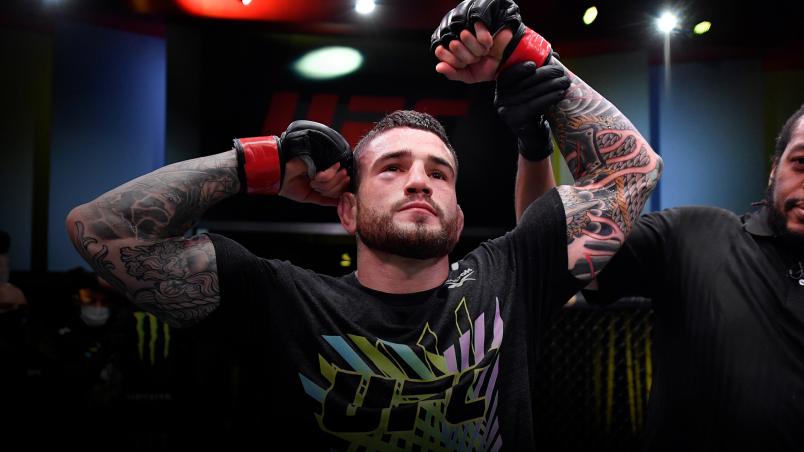 What It Means: The undefeated Brady is a rock solid, well-rounded fighter who has steadily broken down each of his opponents in the UFC so far. He is tight and technical on the feet, but he shines once he gets his hands on an opponent. In clinches, Brady shows off his physical strength, and he leans on that to muscle his opponents where he wants them to go, making it difficult for them to have any chance to get to their feet. He is patient when on top, and he is methodical when looking for a submission.

What to Look For in the Fight: Chiesa is probably going to push the pace a little faster and test Brady’s defensive grappling. How Brady responds in his toughest fight yet is something to watch, and if either fighter keeps the fight standing for any time being, the striking battle is very intriguing. Brady is probably the more naturally powerful striker and commits to his techniques a little more so than Chiesa, who more often than not strikes in order to begin grappling.

Other Fights to Watch (Davey Grant vs Adrian Yanez) 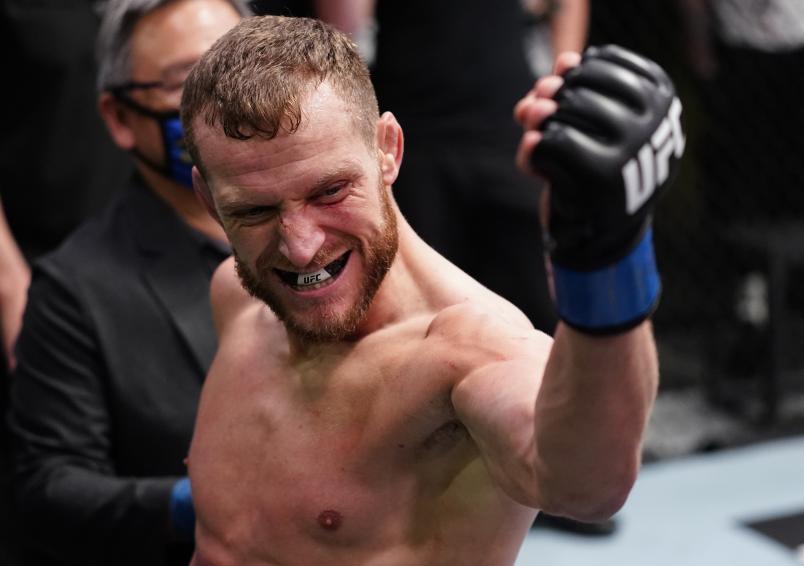 Davey Grant of England reacts after his knockout victory over Jonathan Martinez in a bantamweight fight during the UFC Fight Night event at UFC APEX on March 13, 2021 in Las Vegas, Nevada. (Photo by Jeff Bottari/Zuffa LLC)

What It Means: In his recent fights, Davey Grant has shown a particular fondness for his hands. He possesses one-punch knockout power, and he often uses some crafty footwork to set up his shots. He likes to use a switch-step hook to the body and follow with a hook up top when he looks for the fight-ending shot, but he does have power in any punch he throws. He’ll mix in some body kicks, as well, but most of his confidence is in his hands. If he does switch things up and grapples, he maintains control and tries to get his opponent away from the fence to prevent a get-up attempt.

What It Means: Yanez is a super slick striker with tight, technical shots that often lead to finishing sequences. He can mix in a head kick, and he does like to use his kicks to attack his opponent’s lower half, but his hands are the most appealing part of his striking. Yanez is a smooth and fluid boxer who is adept at making reads mid-round and adjusting accordingly.

What to Look For in the Fight: By all accounts, this should be a dogfight of a matchup with two finish-minded fighters. Grant’s path of least resistance could come through grappling as Yanez hasn’t really been tested there, but he does, at times, lean toward that brawler’s mentality. If so, watch for Yanez to make reads and start countering early in the fight before applying pressure if he sorts out Grant’s attack. Grant does have some wild, winging and powerful shots, though, so if Yanez gets too comfortable, Grant can definitely rock him.