Take A Deep Dive Into The Key Stats Of Some Of The Biggest Match-Ups At UFC Fight Night: Rodriguez Vs. Waterson
By Zac Pacleb, on Twitter @ZacPacleb • May. 5, 2021

(All stats according to UFC’s Record Book as of May 5, 2021, and only include active athletes in their respective division unless noted otherwise)

What It Means: Rodriguez is a fast and precise striking-based fighter, who is sneaky strong in the clinch situations. She is adept at finding windows for elbows when in close and mixes her attack well. There’s very little wasted movement in her offensive attack, and she has shown improved defensive grappling in her recent fights.

What It Means: “The Karate Hottie” has a sneaky, underrated grappling game that takes advantage of her close-range strength and keen sense of leverage. When in the clinch, she facilitates hip tosses and trips well and shows good top control. On the feet, though, she has a diverse attack and flicks up a variety of kicks from peculiar range.

What to Look For in the Fight: Though this fight projects to be a standup affair, Waterson holds an edge in terms of grappling prowess and could take the steam out of Rodriguez if things get a little too heated for her liking. On the feet, though, Rodriguez would do well to get into boxing range to let her fast hands go and negate Waterson’s variety of kicks she throws to both do damage as well as manage range.

What It Means: Cerrone’s resume and skill set is well-documented even if “Cowboy” has fallen on hard times as of late. The question is regularly about which version of Cerrone is going to show up on fight night, but only because he has so many ways to win a fight, and he often picks the most entertaining one. His ability to string together combos is notable, as well as the way he often finishes those combinations with a kick to the body or up high. Cerrone also smartly implements his grappling ability and has shown crafty submission skills as well. 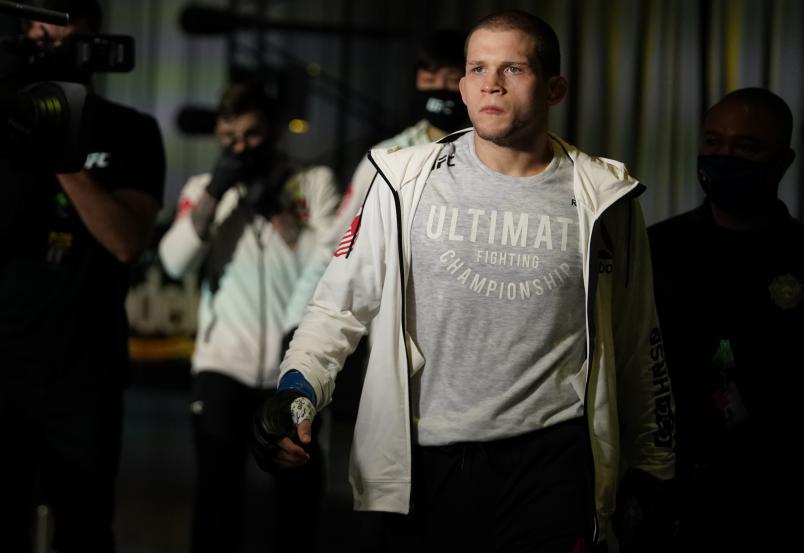 What It Means: Morono is a tough, well-rounded fighter with good credentials on the feet and on the ground. He’s best in close range where he can use his leverage and isn’t afraid to grind out a fight along the fence.

What to Look For in the Fight: With both fighters having well-rounded skill sets, this fight could be a fun display of mixed martial arts. Both fighters seek finishes, especially Cerrone, but they never get too wild. On the feet, it could be a bit of a chess match as Cerrone looks for a window to throw his famous kicks at the end of combos, and Morono should have time and space to counter or press Cerrone up against the cage.

Other Fights to Watch (Neil Magny vs Geoff Neal) 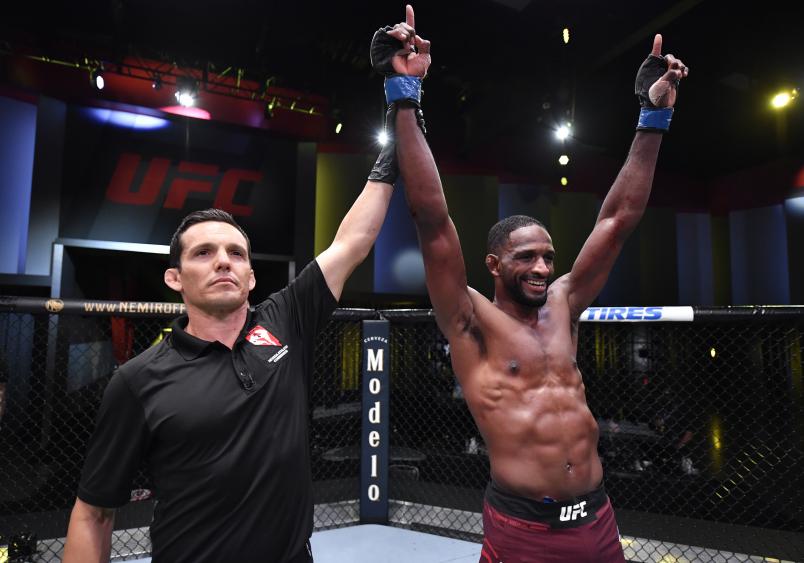 Neil Magny reacts after his victory over Robbie Lawler in their welterweight fight during the UFC Fight Night event at UFC APEX on August 29, 2020 in Las Vegas, Nevada. (Photo by Jeff Bottari/Zuffa LLC)

What It Means: Magny is a grinder who has a good sense of distance management. Against the fence, he’s especially adept at using his leverage and fighting for dominant position before breaking away and keeping a high pace. His long limbs poke and prod at his opponents from distance, and he’s able to stay at a high work rate for the entire fight.

What It Means: Fighting out of Fortis MMA in Texas, Neal is a bright prospect with stunning power in all of his strikes, but he’s not a wild man by any means. He is a patient, methodical kickboxer who knows how to pounce on a wounded opponent once he lands a powerful shot. He is physically dominant as well, with great strength at close range, which helps him fend off any attempts to take the fight to the ground.

What to Look For in the Fight: Neal and Magny both have a sense of urgency coming into this fight as both dropped main event decisions their last time out. It should be mainly a striking bout, but Magny is particularly strong in wearing opponents out against the fence before sniping from range. Neal, on the other hand, showed great persistence and determination in his last fight against Stephen Thompson, and he could show a bit more of his ability to mix in grappling in order to open up windows for his knockout shots.