Take A Deep Dive Into The Key Stats Of Some Of The Biggest Match-Ups At UFC Fight Night: Makhachev vs Moises
By Zac Pacleb, on Twitter @ZacPacleb • Jul. 14, 2021

(All stats according to UFC’s Record Book as of July 14, 2021, and only include active athletes in their respective division unless noted otherwise) 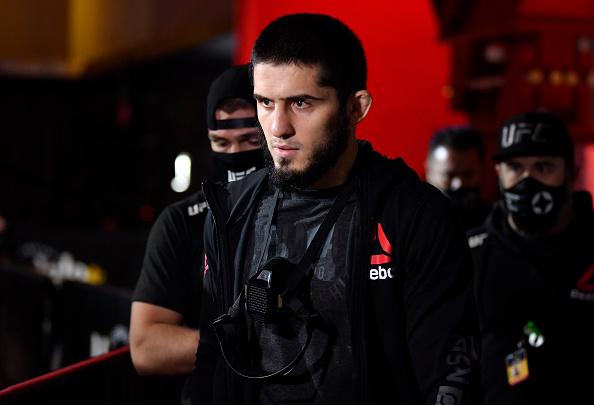 Islam Makhachev prepares to fight Drew Dober in their lightweight fight during the UFC 259 event at UFC APEX on March 06, 2021 in Las Vegas, Nevada. (Photo by Chris Unger/Zuffa LLC)

What It Means: Makhachev is a dominant, physical force in the Octagon. Much in the fashion of his mentor and former champion Khabib Nurmagomedov, Makhachev implements the sambo wrestling-based attack that suffocates fighters. His striking is powerful, but his most obvious avenue to victory is always his ability to grind and break down the will of his opponent through grappling.

What It Means: Perhaps one of the more underdiscussed rising lightweights in the division, Moises is an ever-improving, dangerous submission specialist. He is solid on the feet, and he likes to throw a high right kick semi-frequently. His other weapons are technically sound, and his hands continue to sharpen. His grappling has improved as well, especially in terms of wrestling and getting the fight to the ground, but he is increasingly comfortable everywhere.

What to Look For in the Fight: This is a great test between two rising lightweights looking to prove themselves as the next contender. Makhachev in particular is one of the brightest future contenders at 155 pounds because of his tenacious blend of suffocating grappling and increasingly clean striking. He is in for a dangerous test against Moises, who has shown the ability to finish a fight in a multitude of ways, including off his back attacking submissions. 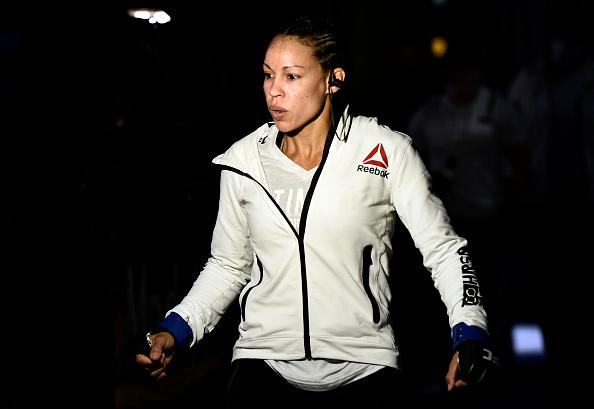 What It Means: Reneau is an incredibly durable, tough fighter who has never been finished in her professional career. Her skill set is well-rounded and makes the most of her physical tools. She is strong in the clinch and fundamentally sound no matter where the fight goes. 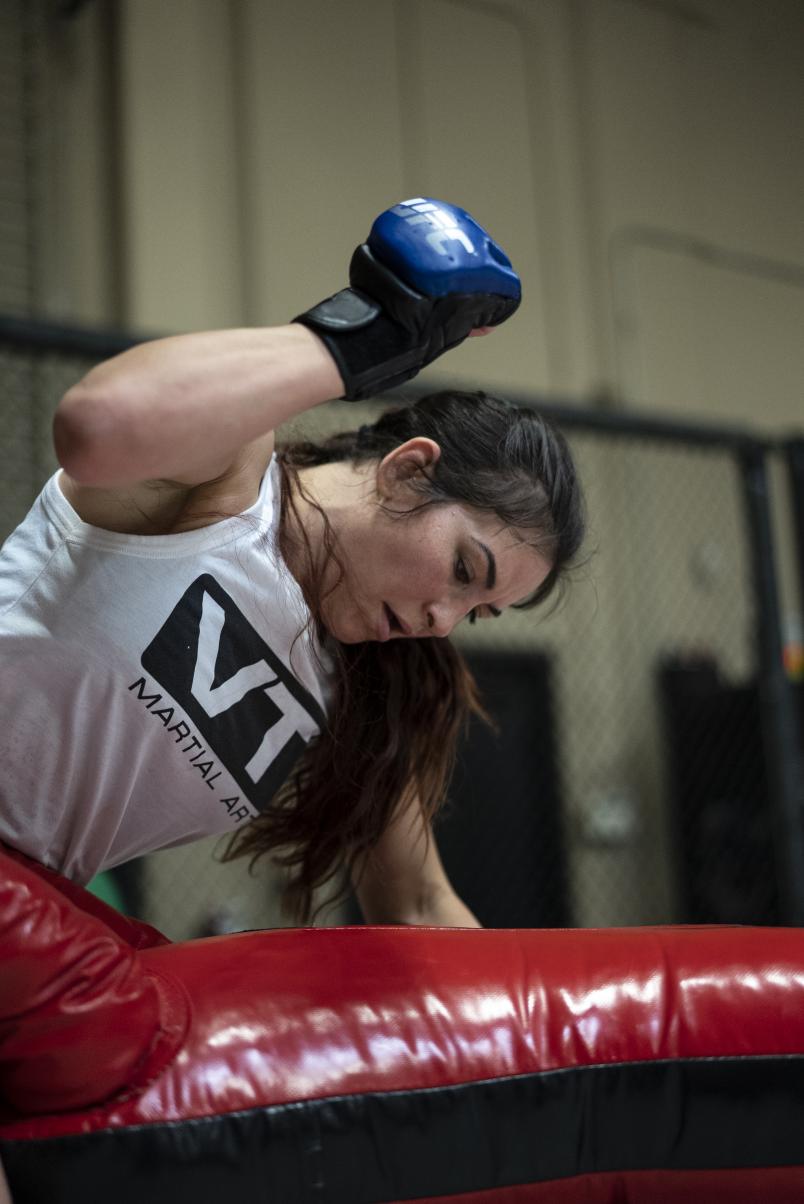 What It Means: “Cupcake” is a dominant and tenacious grappler who always hustles through her takedown attempts, and she can maintain solid control against the fence as well. Tate’s toughness and resilience are among her best traits. That’s not a detraction from her actual skills, but the attitude with which she takes on tough moments of a fight is one of her best attributes as a fighter.

What to Look For in the Fight: This is a fight with two fighters in drastically different places in their career. Tate returns to competition after five years out of action while Reneau has said this will be the final bout of her career. It’s a good matchup skill-for-skill, as both are resilient and well-rounded with some great showings of physical strength and tenacity, particularly in close range against the fence and on the mat.

Other Fights to Watch (Gabriel Benitez vs Billy Quarantillo) 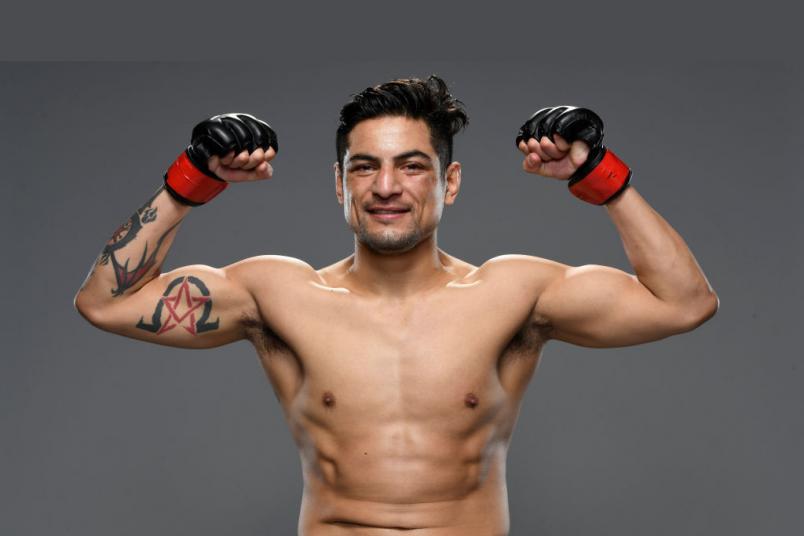 What It Means: Benitez is as skilled and dangerous as any fighter outside of the rankings. He throws hard kicks, and his skills on the ground are sound and slick. He is a varied and dynamic striker who can press the action as well as counter strike with real danger, and if he is allowed to find his time and rhythm, he becomes a difficult problem for any opponent. 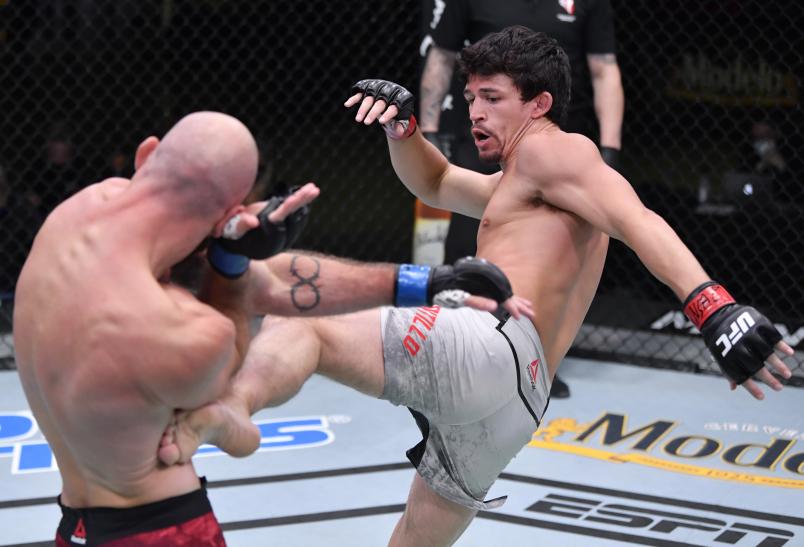 What It Means: A dynamic and finish-minded fighter, Quarantillo is a fan-favorite for a reason. His skill set is well-rounded, and he is always up for an action-packed fight. He often brings the fight to his opponent, and while he is probably more dangerous and capable on the feet, he isn’t afraid to mix things up and shoot for a takedown and work for a submission as well.

What to Look For in the Fight: These two fighters are all-action, dynamic mixed martial artists who prefer standup fights despite holding some real submission ability when it is called upon. Quarantillo is the longer fighter of the two and enjoys fighting with that distance, but Benitez’ kicking game is a factor that may force a closer-range fight from “Billy Q.”