Take A Deep Dive Into The Key Stats Of Some Of The Biggest Match-Ups At UFC Fight Night: Hall vs Strickland
By Zac Pacleb, on Twitter @ZacPacleb • Jul. 28, 2021

(All stats according to UFC’s Record Book as of July 28, 2021, and only include active athletes in their respective division unless noted otherwise) 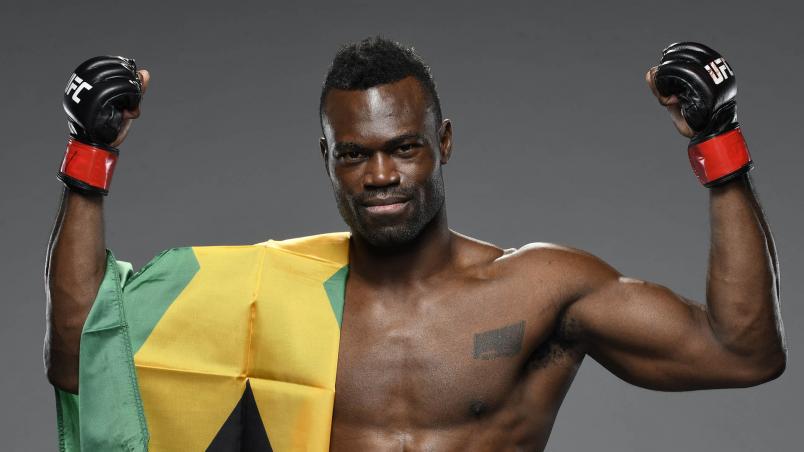 Uriah Hall of Jamaica poses for a portrait after his victory during the UFC Fight Night event at UFC APEX on October 31, 2020 in Las Vegas, Nevada. (Photo by Mike Roach/Zuffa LLC)

What It Means: Hall is a dynamic, creative striker who is particularly lethal when he allows his weapons to flow freely instead of waiting for the perfect shot. His hands are really quick, and he can be a lethal counterpuncher when he finds his range. From distance, he has a strong array of body and leg kicks, including a spinning back kick to the body that can set up his high kicks.

What It Means: Particularly at middleweight, Strickland seems to have found a marauding style that works for him. He relies heavily on his boxing. Defensively, his head movement and ability to shell up and counter makes him particularly slippery while he moves forward. It seems like he’s always pawing out something toward his opponent, which makes it a little difficult to catch a rhythm. He does love a phonebooth fight, and he’ll mix in a kick or two as well.

What to Look For in the Fight: Strickland will likely start the fight as the person moving forward, applying pressure. He’ll want to crowd Hall to nullify Hall’s kicking game, but Hall’s footwork and athleticism should allow him to set up his techniques, regardless. Whether Strickland mixes things up a little bit and grapples is up in the air, as both could very well put on an entertaining striking battle.