We Go Inside The Numbers Of Saturday's Las Vegas Event
By Zac Pacleb, on Twitter: @ZacPacleb • Sep. 29, 2021

(All stats according to UFC’s Record Book and Fight Metric as of October 20, 2021, and only include active athletes in their respective division unless noted otherwise)

What It Means: Costa is a powerhouse, pressure-heavy fighter who is almost always advancing toward his foe. He has good footwork and heads his opponent off well, and he likes to set up a body kick when he gets his opponent to the fence. Costa has a good jab that he uses to close the distance, and when he gets inside, he doesn’t just head hunt. He stays dedicated to body shots when he swarms his opponent, thoroughly breaking down his opposition with that pressure and varied attack.

What It Means: “The Italian Dream” is an aggressive, marauding fighter who likes to fight at a high pace. Vettori has solid boxing, particularly defensively, and he snuffs out his opponent’s offense with his pressure and constant pestering. He is a good grappler, and along the fence, he exhibits a good sense of leverage and strength. His cardio goes for days, so he can really lean on that to discourage his opponent over the course of five rounds.

What to Look For in the Fight: One of the most intriguing parts of this fight is we rarely see either fighter move backward very often, and so how they respond to those moments is going to be telling. Vettori has the better gas tank and could utilize his grappling to wear Costa down and tamper the pressure, particularly early in the fight when Costa is most dangerous. However, Costa is rarely deterred and will stay in his opponent’s face no matter what’s coming his way. We haven’t seen either guy off his back much, so it’s hard to say what that dynamic will look like. On the feet, the boxing exchanges should be pretty electrifying. Vettori is defensively sound and does have power, but Costa is the clearer knockout threat. 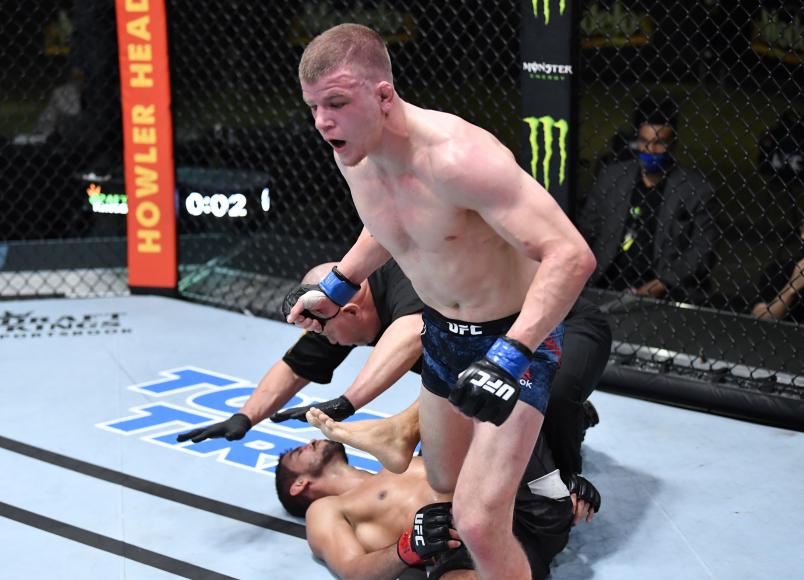 Grant Dawson reacts after his last-second knockout of Leonardo Santos of Brazil in their middleweight fight during the UFC Fight Night event at UFC APEX on March 20, 2021 in Las Vegas, Nevada. (Photo by Chris Unger/Zuffa LLC)

What It Means: Dawson is a grappler through-and-through, and he fights with that understanding. Even though his striking improves each fight, it’s all a means to get his hands around his opponent. Once the fight gets there, he exhibits a good balance of urgency and patience in advancing position and looking for submissions, particularly a rear naked choke. He has heavy ground-and-pound and hasn’t seemed to lose any sort of size advantage since moving up to lightweight. 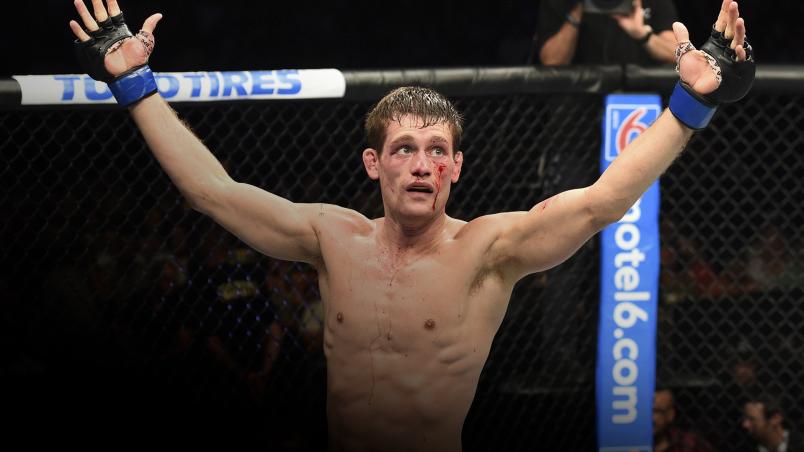 What It Means: A veteran of the UFC, Glenn has shown a keen sense of how to find the knockout shot on the feet and durability while he searches for it. He is a durable fighter who doesn’t get overzealous when chasing a fight, and he’ll pounce on most mistakes made by his foes.

Fighters On The Rise | UFC Fight Night: Costa vs Vettori

What to Look For in the Fight: Fights that include Grant Dawson typically hinge on whether he can get the fight to the ground or not. He’ll need to be mindful, though, as Glenn has plenty of power in his short shots and doesn’t need to wind up to generate the fight-ending blow. Glenn hasn’t been submitted in the UFC either, so it’ll be a tough test for Dawson’s skills at 155 pounds.

Other Fights to Watch (Alex Caceres vs SeungWoo Choi) 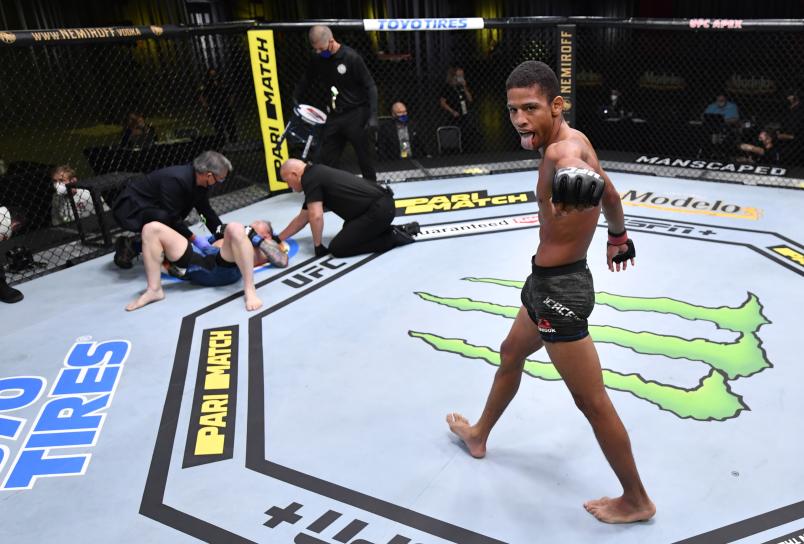 Alex Caceres celebrates after his victory over Austin Springer in their featherweight fight during the UFC Fight Night event at UFC APEX on August 29, 2020 in Las Vegas, Nevada. (Photo by Jeff Bottari/Zuffa LLC)

What It Means: Although his reputation comes as a flashy, creative striker, Caceres has done well to mature into a well-rounded fighter with real submission skills on the ground. On his most recent four-fight winning streak, he has exhibited patience, a strong fight IQ and good instincts on when to impose his will. He is dangerous in all areas but allows the fight to come to him, so you’ll rarely see Caceres put himself in a disadvantageous spot.

What It Means: “Sting” is a polished striker with real wicked speed in his hands. He doesn’t make things too complicated. His straight-right-to-left-hook combination is fast and powerful, and he makes sure to set himself up for success using his footwork. He is a bouncy athlete, and his right kicks come without much telegraph. He’ll mix them to the body and leg before switching to a high kick and sometimes a question mark kick.

What to Look For in the Fight: This could be a fun striking battle if Caceres wants to keep it there. Caceres will likely use a bit more of a diverse kicking game than Choi, but Choi has shown a willingness to step through a kick to counter over the top with punches. He should have the speed advantage over Caceres. However, Caceres is the more experienced grappler and could take Choi out of his depth if he wants to chase a submission.