(All stats according to UFC’s Record Book as of July 27, 2022 and only include active athletes in their respective division unless noted otherwise) 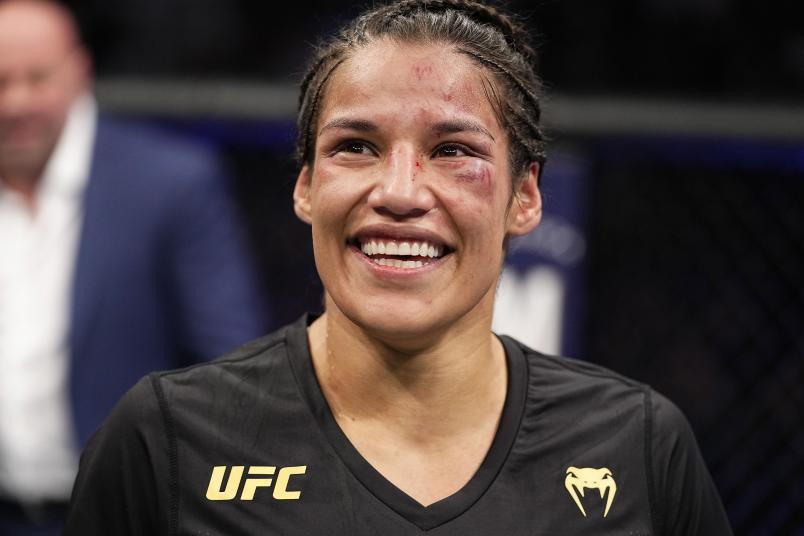 AS VEGAS, NEVADA - DECEMBER 11: Julianna Pena celebrates her victory over Amanda Nunes of Brazil in their UFC bantamweight championship bout during UFC 269 on December 11, 2021 in Las Vegas, Nevada. (Photo by Jeff Bottari/Zuffa LLC)

What It Means: The newly minted bantamweight champion showed her grit, motor and grappling skills in her title-winning performance last time out, and it was a nice encapsulation of all the challenges Peña presents in the Octagon. She has a high motor and is an accomplished grappler but, more than anything, she brings that grit into a fight. Peña is willing to get in her opponent’s face and make things dirty and difficult, but if things stay technical, her boxing is particularly clean and fundamental. 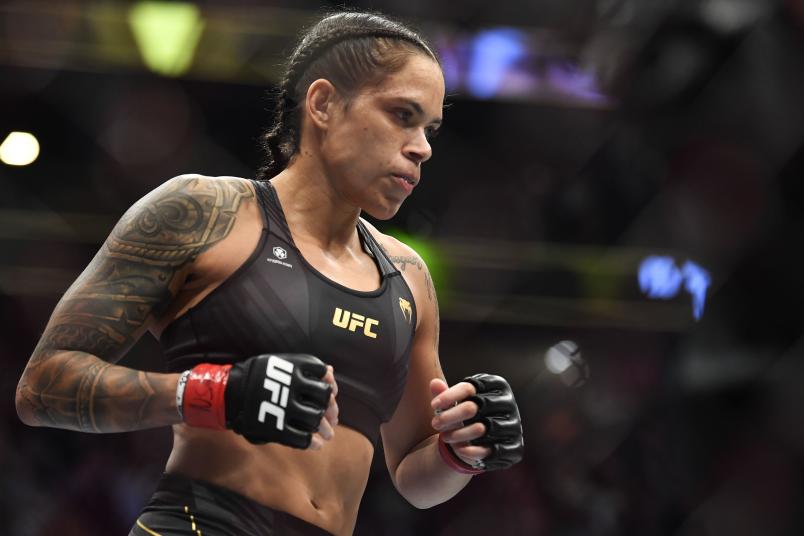 What It Means: Nunes is in a class of her own when it comes to finishing fights. From her wicked power and finishing instincts to the slick grappling she possesses, Nunes is truly dangerous everywhere. When she is on her game, she has significant speed to her strikes and can utilize that reputation as a knockout artist to pressure her opponent and make them a hesitant mess. When she is on her game and in rhythm on the feet, she works in kicks to her opponent’s legs and body before coming over the top. She can also counter with power.

What to Look For in the Fight: Peña found plenty of success getting in Nunes’ face and pushing the pace on the former double-champion. She needed to walk through the fire in the first round, but Nunes wore down in the second. Conventional thinking goes the way of Nunes improving her cardio and coming out a little stronger than she did in the first fight, but if that means she tries to pressure Peña, the champ could find success getting an early takedown on the Brazilian. Nunes also got caught head-hunting once Peña found success with her boxing, so that mental game is at play as well. 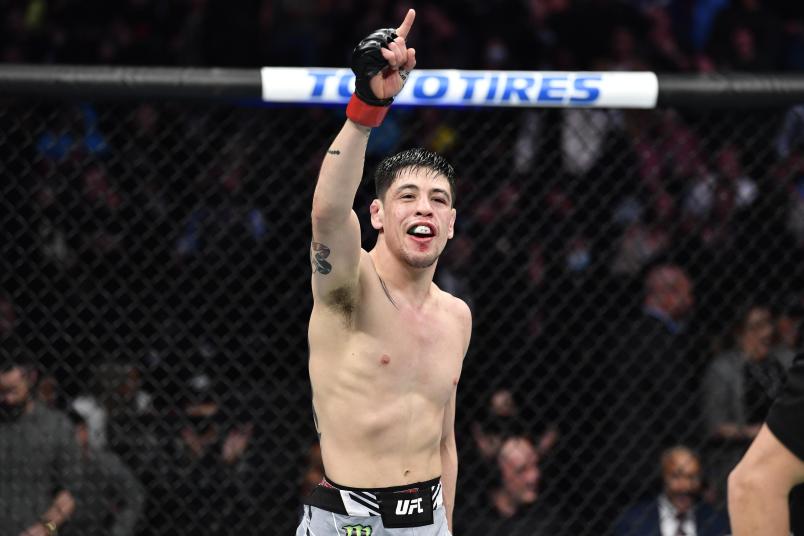 ANAHEIM, CALIFORNIA - JANUARY 22: Brandon Moreno of Mexico reacts after the conclusion of his five-round battle against Deiveson Figueiredo of Brazil in their UFC flyweight championship fight during the UFC 270 event at Honda Center on January 22, 2022 in Anaheim, California. (Photo by Chris Unger/Zuffa LLC)

What It Means: “The Assassin Baby” came into the UFC as a grappling specialist and still carries those skills with some of the slicker scrambles and chain wrestling. However, he improved his striking immensely, and that’s what aided his surge up the flyweight rankings. Moreno’s boxing is smooth, and he is defensively sound as he pours on the pressure and backs his opponent to the cage. 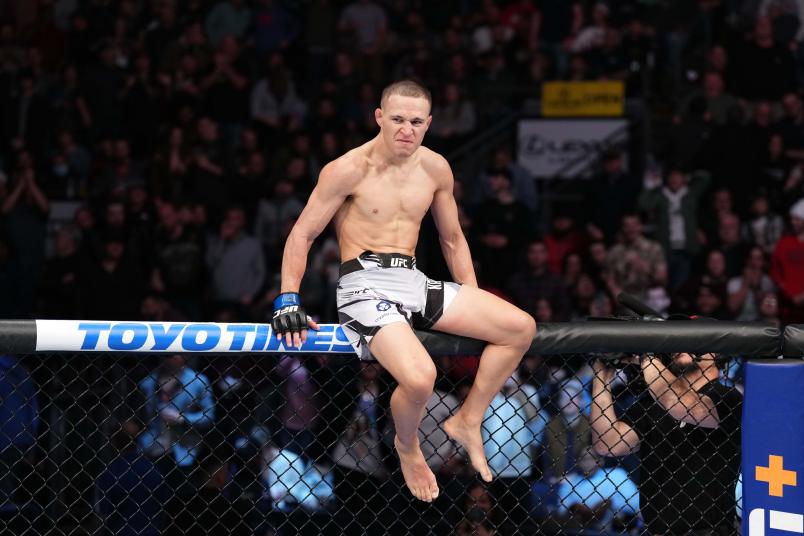 What It Means: Kara-France is a calm, composed knockout artist that is unique in the flyweight division. “Don’t Blink” has a nice jab that he can change the pace on to either find his range or feint into a big overhand shot. Even when he swings big, he doesn’t get too far out of position to either slip the incoming shot and counter or to avoid sustaining damage unnecessarily. At distance, Kara-France has solid leg kicks that help slow his opponent down and allow him to keep the pressure on his foe. He has fundamentally sound defensive grappling, and he does a good job of getting right on his opponent if they attempt an errant takedown.

What to Look For in the Fight: Kara-France knows he can drop and rock Moreno, but Moreno made the smart adjustment to kick Kara-France to shut down his big punches. That, coupled with smart footwork and pressure, wore on the Kiwi and helped Moreno get the win in their first fight. Kara-France is much more calculated and confident now, however, and it wouldn’t be surprising to see him attack Moreno’s lower half like he did in the first round of their first fight. The mid-fight adjustments are critical, particularly in a five-round fight, of which this is Kara-France’s first. Moreno’s jab and pace is key for him, and if he can mix in a few takedowns and put stress on Kara-France on the ground, he could find a submission before Kara-France finds the knockout shot. 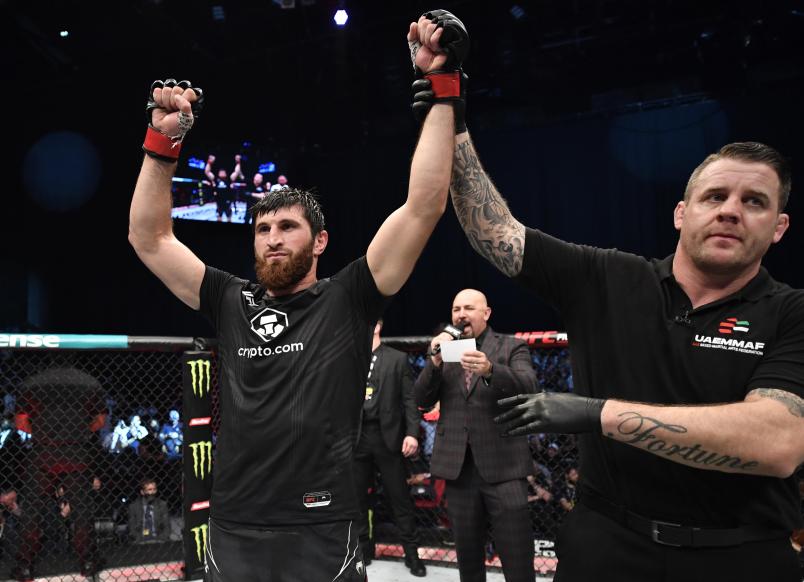 What It Means: Ankalaev is a bit of a technician when it comes to striking, and he is precise in his attack. That accuracy, aided by his power, is what often leaves his opponents stumbling as Ankalaev moves in for a finish. He has a diverse attack, mixing in front kicks and rangy attacks to mute any countering offense from him opponent. If he decides to mix things up and take the fight to the ground, he has good top control and pressure, which helps him wear on his opponents. 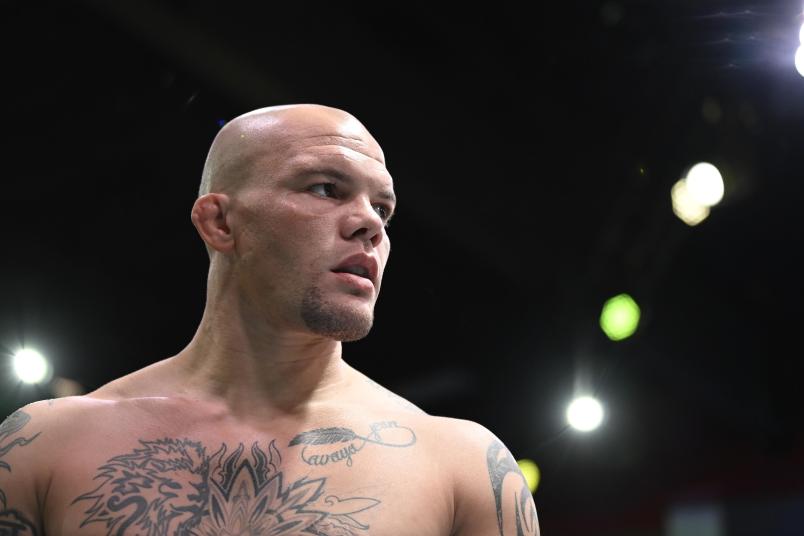 What It Means: “Lionheart” is a fighter’s fighter. Since moving up to light heavyweight in 2018, Smith has been a terror. All six of his wins at 205 pounds have come via finish, and he’s done so in various ways. His striking is well-rounded, and he uses his lanky frame to keep opponents at bay with long punches and teep kicks. His front kicks to the body are particularly effective, and if the fight goes to the ground, his submission game is slick. Smith has more than 50 professional fights to his name, and his craftiness within the margins of the fight is an indicator of that experience.

What to Look For in the Fight: Smith will have to keep his back away from the fence to find success early, as Ankalaev is lethal once he corners his opponents. “Lionheart” might need to establish his jab and work his variety of push kicks, leg kicks and teep kicks to Ankalaev’s midsection to interrupt the Russian’s rhythm and pressure. Ankalaev, meanwhile, is a patient fighter, so he shouldn’t get discouraged if he needs to grind out early portions of the fight either in clinches or in methodical striking exchanges. Ankalaev might have the pure power advantage, but Smith’s vast experience is always a factor in his fights, even if he’s on the backfoot at first. 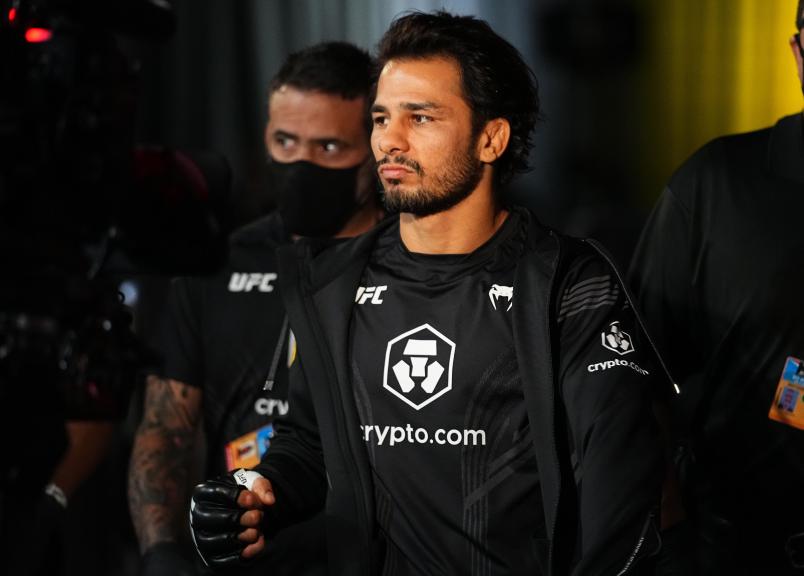 What It Means: Pantoja is an all-action fighter with a diverse finishing record. His ground game is rock solid, and he has shown slick submission abilities, but he seems to love getting into the pocket and throwing his hands. The more Pantoja's opponent engages in a dogfight, the more he eggs his opponent on for more. If he does kick, it’s often low to the calf, but he seems most comfortable throwing his hands. 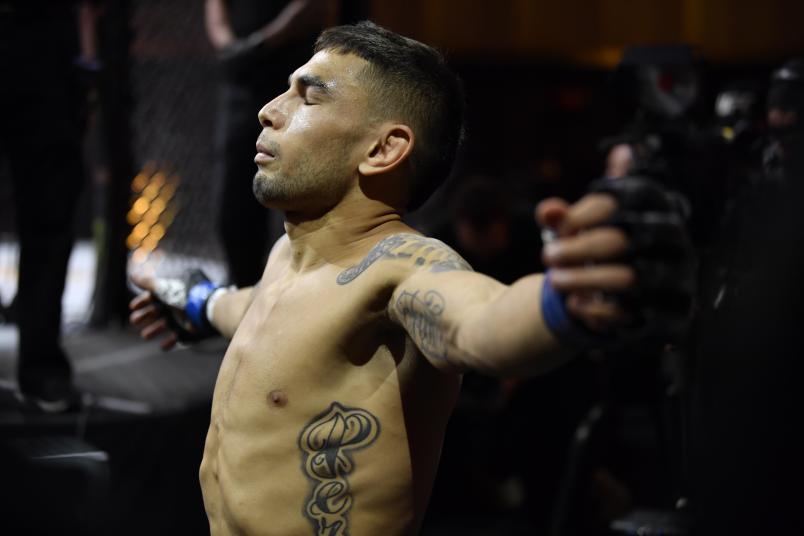 LAS VEGAS, NEVADA - NOVEMBER 21: Alex Perez prepares to enter the Octagon prior to his flyweight championship bout against Deiveson Figueiredo of Brazil during the UFC 255 event at UFC APEX on November 21, 2020 in Las Vegas, Nevada. (Photo by Jeff Bottari/Zuffa LLC)

What It Means: Perez has a strong, credentialed wrestling base, and his striking is fundamentally sound and powerful. He keeps a tight, high guard and displays solid footwork when entering and exiting the pocket. His attack is varied, and he has shown a nice mixture of leg kicks to set up punching combos as well as utilization of his hands to set up low calf kicks that have won him fights in the past. He is constantly peppering his opponent with shots and he does well to string together multiple strikes, rarely just throwing one at a time.

What to Look For in the Fight: Pantoja and Perez match up well in terms of styles. Perez’s wrestling could swarm Pantoja, but the Brazilian’s grappling, particularly his variety of chokes, could deter Perez from shooting. If that results in a kickboxing match, Perez will need to take advantage of his power edge, even if it is slight. Pantoja embraces those firefights, and he has a tendency to end exchanges with a strike, giving him the visual upper hand.