(All stats according to UFC’s Record Book and FightMetric as of June 28, 2022, and only include active athletes in their respective division unless noted otherwise) 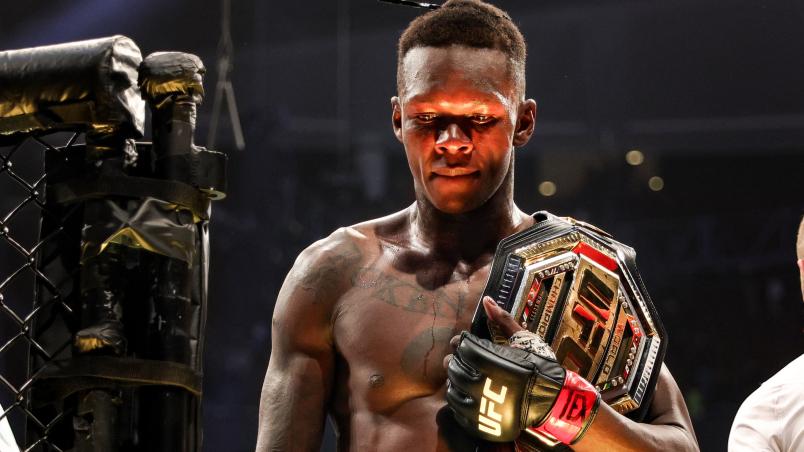 Israel Adesanya of Nigeria celebrates after defending his middleweight championship against Robert Whittaker of Australia during UFC 271 at Toyota Center on February 12, 2022 in Houston, Texas. (Photo by Carmen Mandato/Getty Images)

What It Means: Adesanya is a masterful striker. Almost every strike contains layers rich with feints, setups and traps, but to start the fight, “The Last Stylebender” focuses on establishing the basics. He establishes his long jabs and leg kicks early to find a rhythm and range before opening up a little more – he particularly likes throwing a question-mark kick after a low kick. If an opponent brings the fight, it allows him to flex his slick head movement and footwork that opens up his counter strikes. On the front foot, Adesanya is constantly switching stances and feinting to overload his opponent’s defense. Adesanya’s defensive grappling is stern, and he shows good technique when forced to sprawl or disengage along the fence. Once he gets free, he likes to immediately put pressure on his opponent.

What It Means: “Tha Killa Gorilla” is a patient, powerful fighter with the utmost confidence in that fight-ending power carrying deep into fights. He works mostly off low leg kicks, and he’ll switch his stance in order to get to the outside of his opponent’s lead leg if necessary. When he presses forward, Cannonier likes to pick his shots mostly one at a time. His jab and cross are both powerful, and he will also throw a right high kick, as well. When he is moving backward and countering, that’s usually when hooks and combinations come, and Cannonier does well to pivot and keep his back away from the fence.

What to Look For in the Fight: Adesanya often starts fights searching for his opponent’s looks and tells before getting into his own groove. Both fighters like to establish their leg kicks early, and they’re methodical starters, so the first round might feature an extensive feeling-out process. It shouldn’t be a stagnant fight, however, as both are comfortable pressuring as well as countering, so the exchanges should pack lots of intensity once they start. Cannonier has the range and power to play the outside game with Adesanya, although that is usually a dangerous proposition for Adesanya’s opponents. If Cannonier only throws single shots, that’ll give Adesanya plenty to counter off of and string together some of his beautiful combinations, but he'll need to be aware of Cannonier’s one-shot power. Cannonier also has great physical strength, especially in clinches, and he could have some success getting Adesanya against the fence and striking from there. 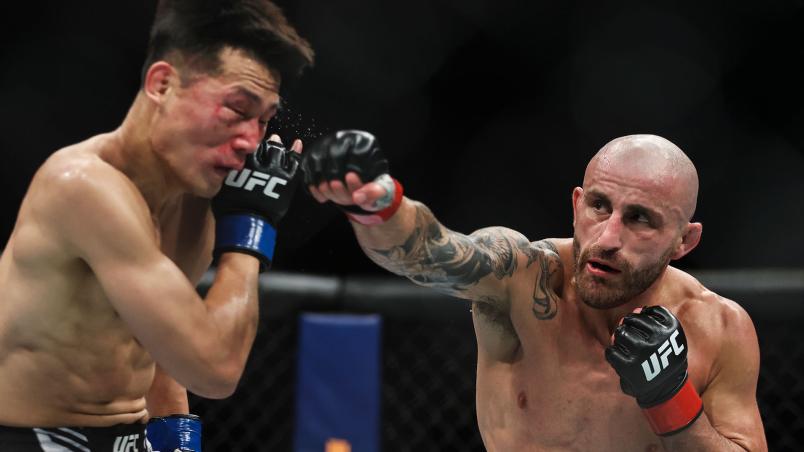 What It Means: As sharply well-rounded as they come, Alexander Volkanovski has no clear holes in his game or mentality. If it’s a dogfight, he has the toughness and grit to earn a grimy victory. If it’s a technical battle, he is technically proficient and often levels above his opponent in at least one area of the fight. He works behind a sharp and long jab before stringing together smooth kickboxing combinations, and despite his 5-foot-6 stature, he manages distance beautifully and often seems like he is fighting as the bigger man. He invests in leg kicks well, including utilizing an inside leg kick to push his opponent out of position before pouncing on him. Volkanovski is a strong grappler as well, with some mean ground-and-pound. If a round is close, he has the awareness to shoot for a takedown to punctuate the frame in his favor. 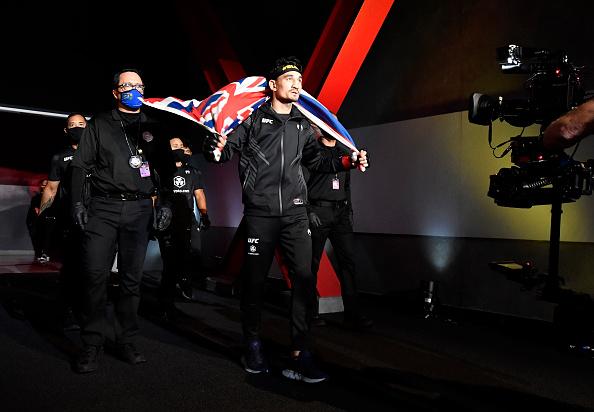 Max Holloway prepares to fight Yair Rodriguez of Mexico in a featherweight fight during the UFC Fight Night event at UFC APEX on November 13, 2021 in Las Vegas, Nevada. (Photo by Chris Unger/Zuffa LLC)

What It Means: “Blessed” is a whirlwind of pressure, pace and volume that melts lesser opponents. He will throw long combinations with a mixture of throwaway strikes to set up the bigger punches. His boxing is smooth and complex, and he’ll throw a few kicks in to keep his opponent honest, including a spinning back kick to the body once his opponent moves toward his left. A good tell toward Holloway finding his rhythm and range is when he starts to invest in the body, often throwing flurries of punches and changing the levels of his punches throughout the combination. Holloway also seems to get better as the fight goes on, and if he feels the opponent succumbing to the pressure, he turns it up even more with smart footwork and a constant flow of strikes.

RELATED: Who Is Getting Inducted Into The UFC Hall Of Fame | What Is UFC X? | UFC 276 Public Events Schedule

What to Look For in the Fight: As their first two bouts showed, Volkanovski and Holloway are such a mirror-matchup for each other in terms of cardio, volume and Fight IQ. The margins are razor-thin between the world’s two best featherweights. Volkanovski had plenty of success with leg kicks in the past, as well as getting Holloway to the ground for brief periods of time. Holloway did a better job of countering leg kicks in their second fight and has showed a better mixture of grappling in his recent fight against Yair Rodriguez. Because their volume and cardio kind of cancel each other out, it’ll come down to who can control the range, tempo and terms of engagement throughout the fight. Volkanovski has the upper hand because of his grappling, but if Holloway can find a way to maintain a high pace of striking while not exposing himself to too many leg kicks and takedowns, the Hawaiian could find his best success yet. 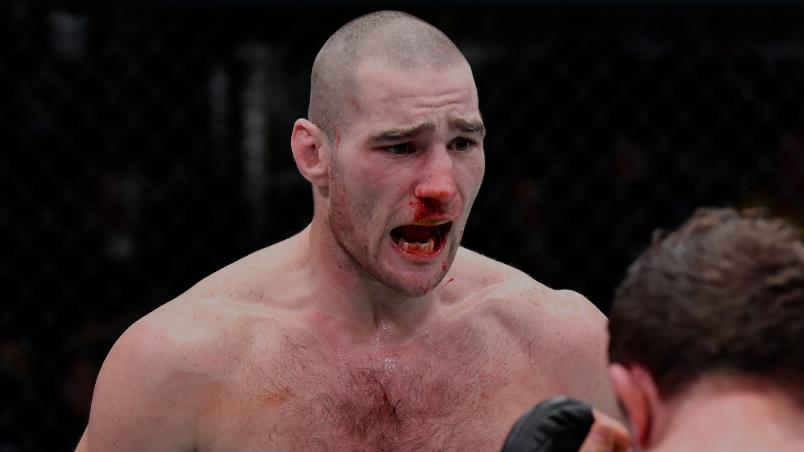 What It Means: Strickland possess sharp fundamental boxing with a particularly tricky shoulder-roll-like defensive guard that makes it difficult for lesser strikers to navigate. The Californian is almost always walking forward and shows great poise under fire and in the pocket. His jab is lightning quick with some nice pop, and he can string some good combinations off that. When he’s at a good distance, he’ll flick a few kicks out there, but his striking is mainly boxing-based. He also has some tricky grappling when it is called upon, and he is patient in the clinch along the fence, even though that is not his favorite area to operate. 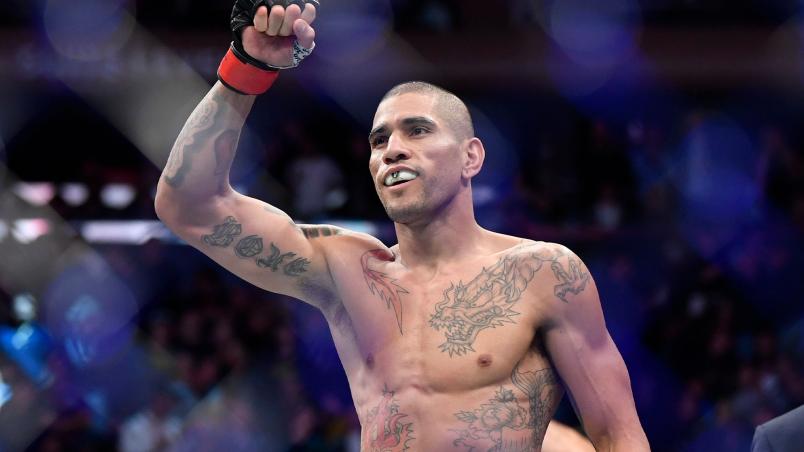 What It Means: Pereira is a lethal kickboxer with fight-ending potential in each of his limbs. From his orthodox stance, Pereira loves utilizing his right leg to throw front kicks to the body and roundhouse kicks up top with regularity. He’ll often throw the front kick marching forward as he closes distance. He also covers distance well with his flying knee, for which he has a keen sense of timing. Although he has a tendency to throw one strike at a time, he does like to put together heavy hooks and uppercuts when in close, and he also enjoys getting into the clinch so he can throw knees to the body. His best shot, however, is his left hook. Whether he is using it moving forward or backward, it has scary speed, power and accuracy. It’s a real go-to shot for Pereira and often turns the tide of the fight if he connects clean.

RELATED: How to Watch UFC 276: Adesanya vs Cannonier

What to Look For in the Fight: Strickland is Pereira’s toughest test and represents a major step-up in competition for the Brazilian, but as far as striking goes, Pereira has championship-level ability there. Strickland doesn’t often opt for a grappling attack, but it might serve him well to at least mix in some takedowns. If it stays on the feet, Strickland’s crafty defense is going to get its fair share of questions from Pereira, who can’t get too lost in looking for the one shot to put Strickland away. Pereira’s 6-foot-4 frame serves him well in terms of shutting Strickland’s jab down, but Strickland will welcome to chances to counter. When they do engage in the pocket, watch for Pereira’s tight left hook, especially if Strickland starts to wing a few wild punches. 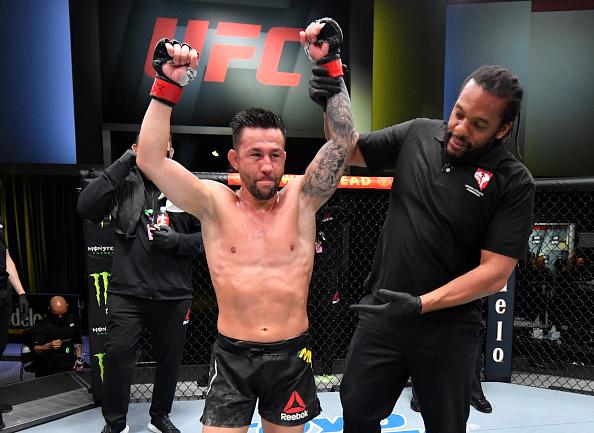 What It Means: “The Young Punisher” is an outright finisher. Whether he is snatching a neck in his gnarly guillotine or welcoming a war on the feet, Munhoz is about the action. The Brazilian is a little undersized, and so he does well to shift inside, either with good defensive principles or strictly relying on his chin and then working from there. He has a good ability to set up leg kicks and really sits down on them when they connect. His boxing is pretty proficient, and he’ll put together hooks and uppercuts inside the pocket with some real fury. Ultimately, Munhoz is an experienced pressure fighter who is in constant forward motion. 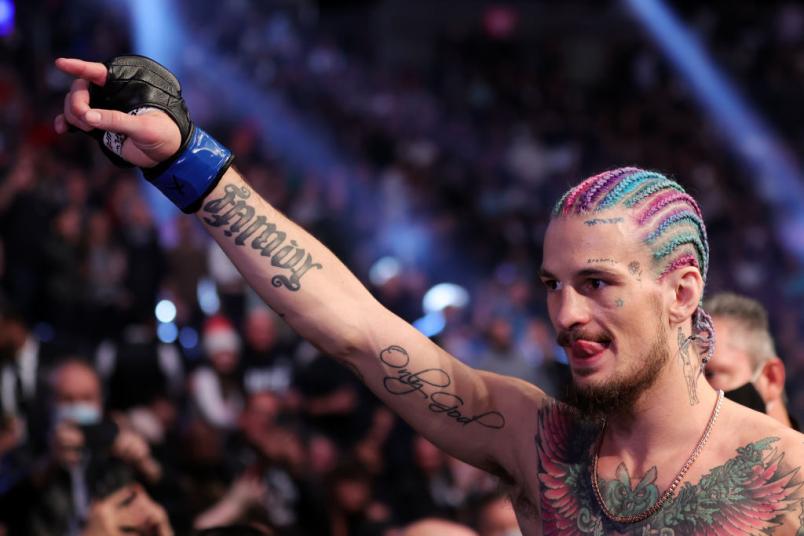 What It Means: One of the more exciting and talented fighters in the bantamweight division, O’Malley is a tricky, crafty, powerful and fast striker who welcomes all the pressure that comes with his levels of hype. On the feet, he can operate well from the outside and uses his long-range weapons well. He likes to use front kicks to the body both as a push kick and as a snapping teep to the abdomen. O’Malley loves to feint hard and then capitalize with a handful of heavy shots before darting out of the way and out of range. Once he has a sense of range, he starts to tee off with spectacular combinations and has every shot in the book. His straight right hand and uppercut are his best punches, but he can violently hurt his opponents with any shot. His footwork is smart and allows him to dance on the outside without getting pinned up against the fence.

What to Look For in the Fight: Munhoz is going to press forward and probably focus on chopping O’Malley’s legs with kicks when that shot is open. If O’Malley switches stances and leaves his body open to Munhoz’s rear leg, expect Munhoz to blast some body kicks and string a few hooks off that up top. O’Malley’s footwork and jab is going to be crucial to keeping Munhoz on the end of his combinations, but O’Malley will more than likely need to face the fire with Munhoz pressing or counter hard off early leg kicks to prevent the Brazilian from swarming him too much.