Here's Some Significant Stats To Keep An Eye On Heading Into UFC 272: Covington vs Masvidal
By Zac Pacleb, on Twitter @ZacPacleb • Mar. 2, 2022

Former allies turned foes headline UFC 272, but Colby Covington and Jorge Masvidal aren't the only stars on the card. Here are some of the other great match-ups:

(All stats according to UFC’s Record Book and Fight Metric as of March 2, 2022, and only include active athletes in their respective division unless noted otherwise) 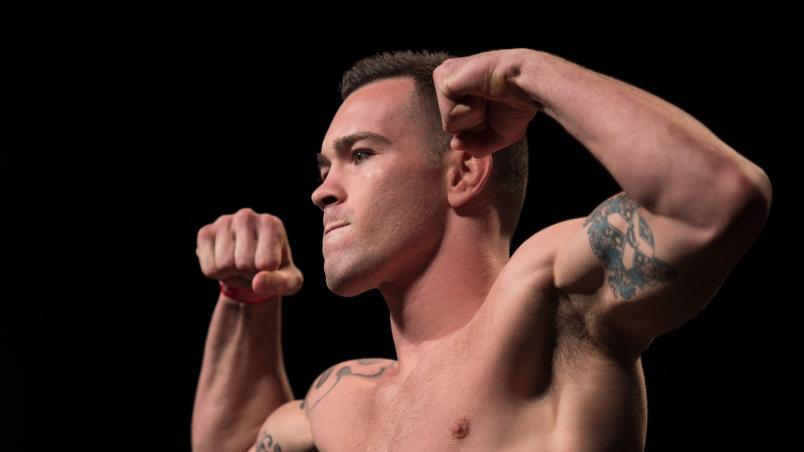 What It Means: Covington, when at his best and most commanding, is an exhausting fighter to face. His attack is nonstop, whether he is peppering with an improved striking game or shooting for takedowns. He does well to blend strikes into takedowns and hiding shots that way, and when he gets an opponent along the fence, he hustles through each scramble to stay on the front foot. Even if it seems like his opponent is starting to build a base to get back to their feet, Covington is crafty in the way he lets his foe get comfortable before dragging them back down to the mat. When he is on his feet, though, Covington does have pretty fluid striking and likes to blend kicks into his combinations after throwing a few punches. 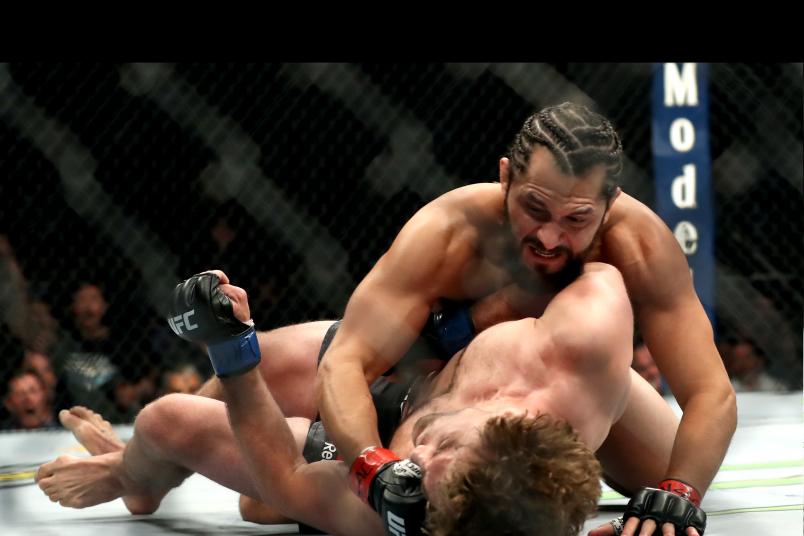 What It Means: “Gamebred” is a super crafty and technically clean striker with some really smooth and lethal boxing at the forefront of his attack. The combinations he throws are advanced, and he mixes up the shots well. His hook might be his best punch, but he has all the shots in the book. He particularly likes a tricky, switch-step overhand when he switches from orthodox to southpaw. From distance, he also likes to blast kicks to the body. He’s surprisingly strong along the fence in clinches, and he eagerly throws elbows and punches off the break once he gets space.

What to Look For in the Fight: Beyond all the bad blood permeating from this matchup between former teammates, this fight is going to likely come down to whether Masvidal can weather Covington’s grappling and for how long. Covington has an endless gas tank and doesn’t mind a gritty, grinding style of fighting with roots in his wrestling background. If Masvidal’s two fights against welterweight champion Kamaru Usman are anything from which to draw ideas about how this will play out, “Gamebred” needs to reserve his explosions for the right moments. Covington hasn’t shown the one-punch knockout power of the champion, but his volume and wrestling are on par with him, so how Masvidal thwarts Covington’s grappling and counters with knockout-worthy shots is key. 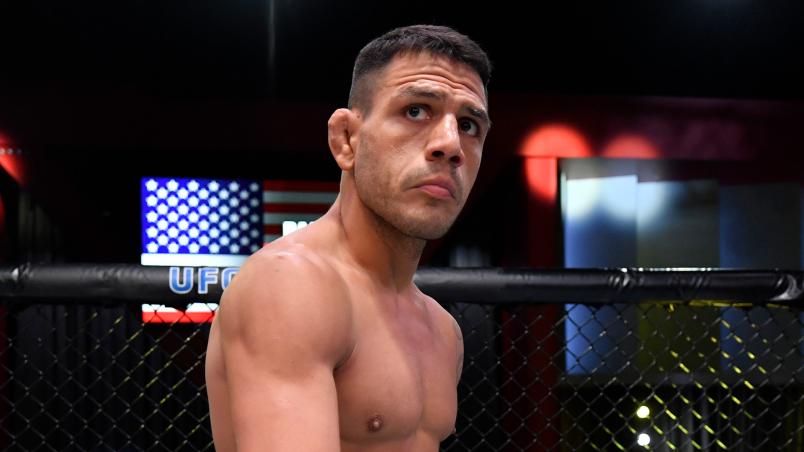 RELATED: RDA Is Ready For All Challenges

What It Means: Rafael Dos Anjos really embodies the idea of a mixed martial artist, especially in later chapters of his decorated career. He still wields all the striking prowess that made him a UFC champion, and while he might not have the same explosiveness, his technical ability is still there. His kicks from range are varied, and his switch kick to the body is lethal and fast. If he decides to grapple, he exhibits smart wrestling, patience and control, and when the opportunity opens for a submission, he has all the awareness to take advantage of it.

What It Means: Since coming to lightweight, Moicano has looked the part physically, and he seems to still be able to take advantage of his technical abilities, particularly on the ground. Although Moicano is comfortable striking and shows some good countering ability, his bread-and-butter is his ground game. He’s a patient grappler, and while he isn’t the strongest wrestler, if he gets the fight to the ground, he can snatch a submission from a variety of positions. His guillotine is nasty, but he is particularly adept at finding ways to his opponent’s back and sinking in a rear naked choke.

What to Look For in the Fight: Since moving to lightweight, Moicano has looked stronger each time out, but stepping in on five days’ notice to fight in a five-round co-main event is a tall task. For Dos Anjos, it’ll be his first fight since grinding out a decision win over Paul Felder (who also stepped in on short notice) in his return to 155 in 2020. Dos Anjos showed some suffocating grappling in that fight, but it’ll be interesting to see his approach against someone like Moicano, who poses a submission threat in every position. RDA likely has the cardio advantage, seeing as he was preparing for a five-rounder with Rafael Fiziev for months, but preparing for a kickboxing wizard versus Moicano also poses its own problems. On the feet, watch for Dos Anjos’ kicks from distance and how Moicano goes about countering. Moicano also has some good low leg kicks that he can use to close some distance, as well. 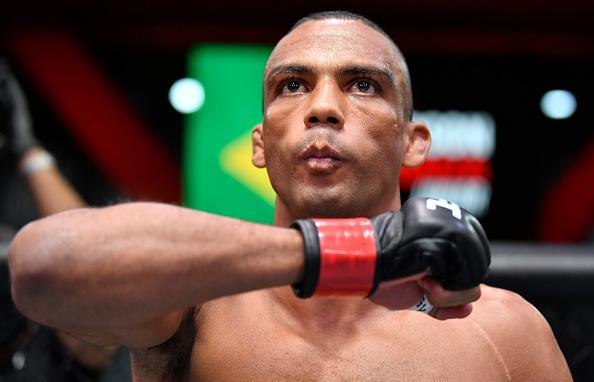 What It Means: Barboza has a well-earned reputation as one of the UFC’s most dynamic strikers and he has an unparalleled diversity in knockouts in the Octagon. His most effective strikes are his kicks, particularly his leg kicks and switch kicks to the body. When Barboza has time and distance, he is absolutely lethal. He loves to work his opponent’s body with dedication before mixing it up to the head. His hands are fast, but everything really predicates on him maintaining a kicking range on the feet.

What It Means: “Thug Nasty” is a relentless fighter with suffocating grappling. He is viciously strong once he gets a hold of his opponents, and he does pretty well at giving second and third efforts before eventually dragging the fight to the canvas. Once he has top control, Mitchell is slick in his transitions and is almost always looking to advance position. From there, his submission attempts are tireless. If the fight is on the feet for a stretch, Mitchell does well to use his grappling as a decoy and comes quick with overhand shots. He also likes a front-leg side kick, as well as a hook kick from distance.

MORE UFC 272: Fight By Fight Preview | Fighters On The Rise

What to Look For in the Fight: Essentially, this fight is about whether Barboza can fend off Mitchell’s takedowns and piece “Thug Nasty” up from distance. Mitchell has a good gas tank and grit when it comes to keeping the fight in his world, but Barboza is the most explosive and experienced fighter he has faced thus far. He can’t linger in kicking range or else Barboza will be throwing something vicious. Mitchell may have success if he can time a leg kick from Barboza and shoot in for a takedown, but he also can’t eat too many leg kicks before taking that chance, either. 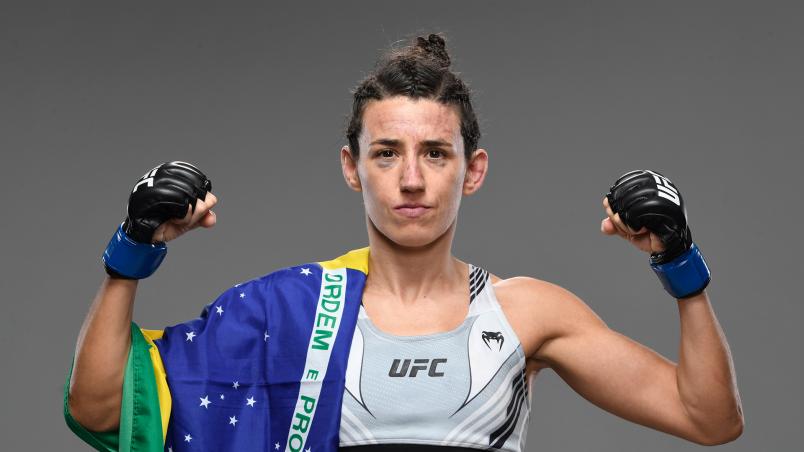 What It Means: Rodriguez is a skillful Muay Thai-based striker with some solid knockout power, particularly for a strawweight. She has fast hands and mixes knees into her combinations smoothly, and she is especially proficient in clinches. If she can lock up a Muay Thai clinch on her opponent, Rodriguez is swift with knees, elbows and punches off the break. From a longer distance, Rodriguez will pepper with a clean jab and leg kicks, and she is best when taking the center of the Octagon and pressing forward. 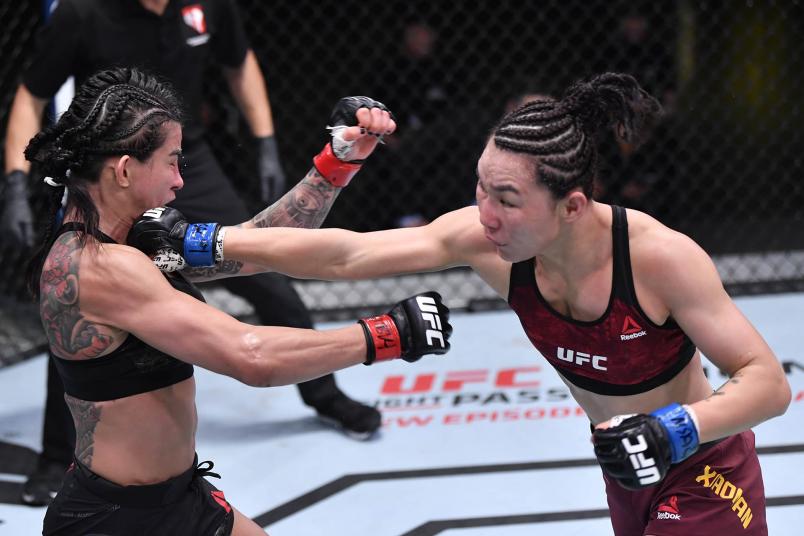 Yan Xiaonan of China punches Claudia Gadelha of Brazil in a strawweight fight during the UFC Fight Night event at UFC APEX on November 07, 2020 in Las Vegas, Nevada. (Photo by Jeff Bottari/Zuffa LLC)

What It Means: Light on her feet, Yan is a quick and talented striker who mitigates damage while keeping her own offense at a consistent rate. She is a bouncy fighter with fast kicks, and when she feels comfortable, she can put together flurries that overwhelm opponents. A lot of it comes with making herself so difficult to corner and hit, frustrating her opponents before opening up with her own shots.

What to Look For in the Fight: This should be a high-level striking battle where footwork and traps set are critical. Rodriguez is the more flat-footed of the two but carries the cardio and power advantage, especially when they get in close. Yan is a sharp striker with sound defensive awareness, and her lateral movement in the cage makes it difficult to pin her down.