Use Significant Stats To Preview Some Of The Top Match-Ups On UFC 265: Lewis vs Gane
By ZAC PACLEB ON TWITTER @ZACPACLEB • Aug. 5, 2021

(All stats according to UFC’s Record Book and Fight Metric as of August 5, 2021, and only include active athletes in their respective division unless noted otherwise)

What It Means: “The Black Beast” is the Knockout King for a reason. He is not just explosively powerful; he has a keen sense of how to lull his opponent into a false sense of security about how he can implement that power. Even when it seems like the tide is rising against Lewis, it only takes a single 10 or 15 second explosion to put his opponent on the back foot. His defensive grappling is technically sound, and his ability to get up off his back is humorously strong. On the feet, he is much more than a big overhand. Lewis will throw a handful of body and head kicks to keep his foe on guard and isn’t opposed to going airborne for a flying knee either.

What It Means: Gane is a swift, fluid and technical striker, the likes of which we rarely see in the heavyweight division. Almost always bouncing on his feet, Gane has a diverse attack. He’ll throw a bevy of kicks to his opponents’ legs and body, and when he lets his hands go, they come in flurries. He’s patient in his attack, relying on his footwork and range-management to put his opponent on the back foot and piece them up on his terms.

What to Look For in the Fight: Gane will likely press the action and try to swarm Lewis against the fence. From there, “Bon Gamin” can dictate the pace of the fight, but Lewis is a bit of a chaos agent. You’ll never see his explosions coming, and when he lets his hands go, they come with fury and malintent. It wouldn’t be surprising to see Gane either focus on attacking Lewis’ legs or even mix things up and try to get Lewis to the ground. Gane’s submission game is pretty tricky, so he could catch Lewis out there. Lewis is probably the most powerful striker Gane has faced in the Octagon, though, and at heavyweight, that is always a gamechanger.

What It Means: All things considered, Pedro Munhoz is a brawler. He knows nothing but to press the action, eat shots, and throw heavier ones. He is incredibly comfortable in those heated moments, and he has shown both the power and durability to come out successful from those exchanges. Munhoz’s leg kicks are strong, and he remains committed to any attack that sees success early, and that’s not even getting into his tight submission game. His guillotine is particularly tight, and he can snatch it awfully quick if his opponent shoots on him.

What It Means: Aldo seems to have found his stride at 135 pounds, and he seems like a more mindful version of the fighter that made him the featherweight king for years. He is able to mix things up pretty well as well as press the action on the feet, and he is still fast and powerful on the front foot.

What to Look For in the Fight: Munhoz fights always end up becoming some sort of war, so the same should be expected here. Aldo is a good counterstriker, and he remains committed to body shots when pressed. How he handles Munhoz’s pressure is something to watch because Munhoz will not ever go away. It takes a gargantuan effort to stymie “The Young Punisher,” and he lives up to his name when his opponent gets into a firefight with him.

What It Means: Luque is just an outright finisher. On the feet, he throws hard, but smart, mixing in elbows and knees in with his punches. When the fight hits the mat, he loves to snatch a D’Arce choke if presented, but he also has strong defensive grappling. When Luque senses the finish, he doesn’t get wild, but just more lethal. Whatever opening is there, he takes, and he isn’t afraid to endure some damage to get his opponent out of there. 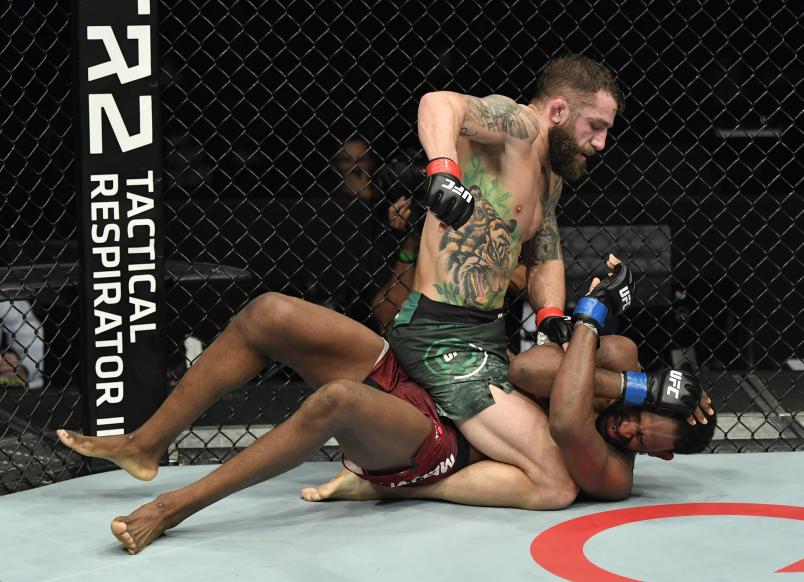 What It Means: Chiesa is an active, scramble-loving grappler whose striking has improved enough to give his opponent something to worry about right before he is in on their legs. He is always working, whether it’s on the fence or on the mat, to improve his position and give opponents a lot to think about when he is in control of them. Since moving to welterweight and growing into the division, his cardio and strength have come into sync, and he really is a handful the moment he can get in on his opponent’s body.

What to Look For in the Fight: Chiesa is going to go for takedowns, and Luque is going to either try to stuff them and punish Chiesa for shooting or look for a chance to snatch a submission. That said, Chiesa is a tricky grappler in his own right, so that’s a dangerous game for Luque to play. Even if Chiesa can control Luque, the moment the fight gets back to the feet, Luque has a real chance to end the fight, so Chiesa might need to chase submissions more than normal if he can’t just control the Brazilian. 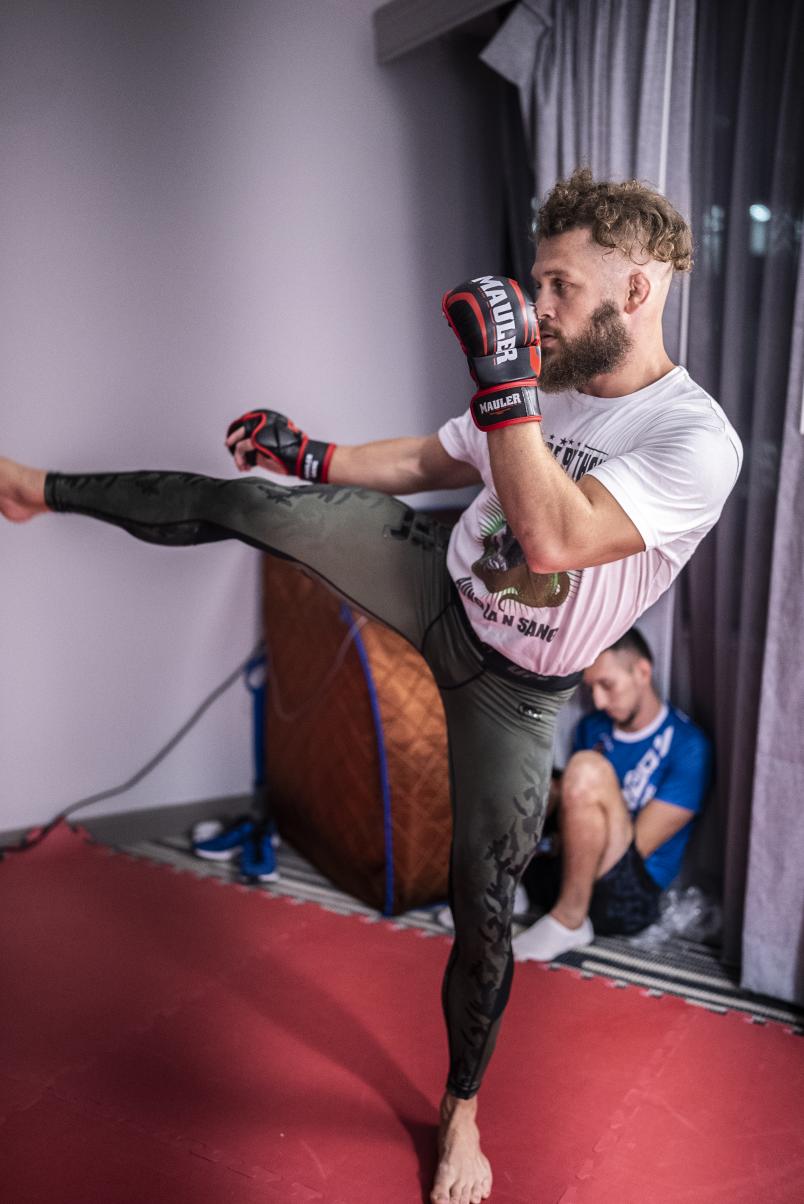 What It Means: Fiziev is a nasty, nasty striker. He’s fast, putting his punches and kicks together with a real fluidity, and he doesn’t discriminate when it comes to his target. He has good vision and elusiveness, and is able to slip shots and stay in range to counter. When he explodes, his speed is blurry and powerful. 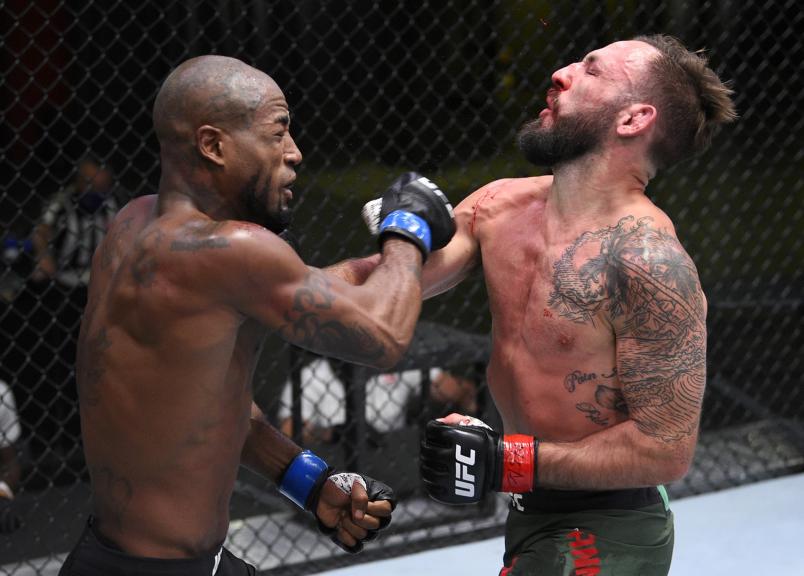 What It Means: Green is a twitchy, tricky striker with a well-rounded game. For the most part, he likes to use his hands and box his way into range. He likes to chat a bit in the fight but, for the most part, he remains defensively sound. His jab is pretty slick, and he throws it from a variety of angles.

What to Look For in the Fight: This should be a fun standup fight, and Fiziev should be able to manage the distance more with his kicking game, but if Green can establish his own jab, he could find plenty of success.