Sigmon: 'Roy has a lot more pressure than I do'

Scott Sigmon is okay with being the least popular man in Pensacola, at least for one night. The Virginia native has been the man with the black hat several times throughout his decade-long career in the fight game, so fighting Roy Jones Jr. in the future Hall of Famer’s hometown on Thursday night is just another night in the office for him.

“I don’t care how old he is, I’m fighting Roy Jones,” said the 30-year-old from Lynchburg. “That’s awesome. I think there’s only one place where I feel any pressure when I fight, and that’s in Lynchburg, Virginia, when I sell all the tickets. So going down there, if they’re booing me, if they’re not, I’m gonna be fine with that. There’s gonna be no pressure on me. I know it’s hard to imagine this, but I have to feel like Roy has a lot more pressure than I do. I’m not even supposed to win a round. If I even hit him, it’s a letdown for him. So this is the ideal situation. You get to fight one of your childhood heroes and I get to say I shared the ring with one of the all-time greats.” 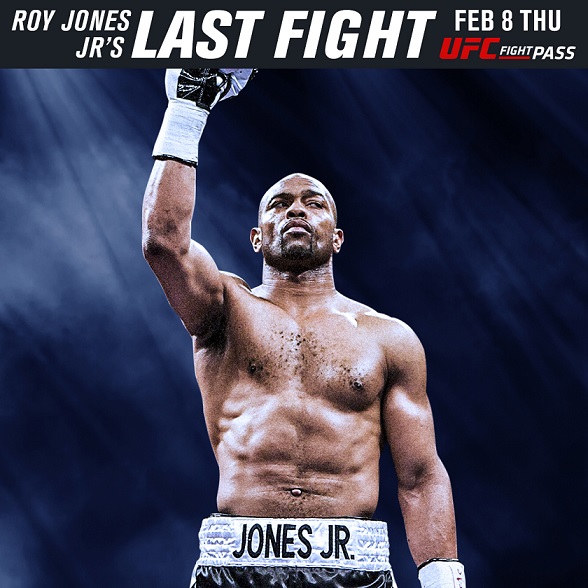 And he gets to do it in Jones’ last bout, one that has garnered plenty of attention since it was announced, and rightfully so. If he stays retired, Jones will be enshrined in Canastota’s International Boxing Hall of Fame, and when talking about the greatest of all-time in the sweet science, his name has to be mentioned.

But what of Sigmon, a fighter frequently described as a journeyman, and that would be accurate because unlike the usual stereotype attached to the word, a journeyman is someone who knows his craft, is a true professional, and always shows up ready to fight. He’s not an opponent, but someone who, on any given night, can shock anyone he’s in the ring with.

In other words, opponents don’t have 30-11-1 records. And when those losses have come against the likes of world champion Kelly Pavlik and Caleb Truax, as well as top prospects J’Leon Love, Matt Korobov, Lanell Bellows and Ronald Gavril, it’s clear that “Cujo” has never backed down from a fight.

“I made a career out of getting the fights that I wanted,” he said. “I started out with an unhealthy obsession with Kelly Pavlik. (Laughs) I ended up fighting with Kelly and we actually hung out after the fight and he forgave me for all the crazy s**t that I said about him to get the fight. I wanted to fight J’Leon, I always wanted to fight Truax, and then I saw the poster come up for Roy’s fight.”

Sigmon, who also runs a gym, manages a few fighters and even has his own promotional company, knew all the players involved with Jones, and he got moving as soon as he saw that the former multi-division champion had his final fight scheduled. The only problem was that he had broken his hand last August, but he was already back in the gym and on the mend, so he texted Jones’ manager McGee Wright, who told him he was on the short list of potential opponents.
RELATED CONTENT: Join UFC FIGHT PASS to watch Roy Jones Jr.'s final fight | RJJ gives his prediction | RJJ joins UFC Unfiltered podcast

“That wasn’t good enough for me,” Sigmon laughs, pointing out that the next message was to Dean Toole of Island Fights. The two spoke, Sigmon asked for a couple days to line up sponsors and test his hand out in sparring, and when everything came out perfect, he called back and said he was ready for RJJ. And he got the fight.

“It’s an honor to fight him,” he said. “The fans don’t bother me. The only person I care about and how they feel about me is Roy Jones. So as long as he respects me at the end of the night, I’m happy with that.”

But Sigmon isn’t content with just showing up to the Civic Center on Thursday. Yes, he is honest with himself in saying “I think I’m probably a B-level or a B-minus level talent,” but his heart is A+, and he’s well aware that having a victory over Jones changes his life forever.

“I feel like this is my Micky Ward moment,” Sigmon said of the New England favorite who hit paydirt at the end of his career with a win over Arturo Gatti that kicked off a classic trilogy that provided him with the best paydays of his career and a lasting place in boxing lore. “He (Ward) had 11 losses, he hadn’t made a huge amount of money, and if I can beat Roy, I can make more than I ever made. Mike Tyson fought Kevin McBride at the end and McBride beat him and in his next two fights, Kevin made a huge amount of money. I’ve got the wins, I’ve got the durability. I’ve been tested at that level and if I can pull this off, it would obviously change my life and my family’s life.”

“The goal of the sport is to fight the best people and there’s no bigger name that I can get in the ring with than Roy Jones,” Sigmon said. “And I have to feel that somewhere deep inside, at 49 years old he might be susceptible to a guy like me. I guess we’ll find out.”