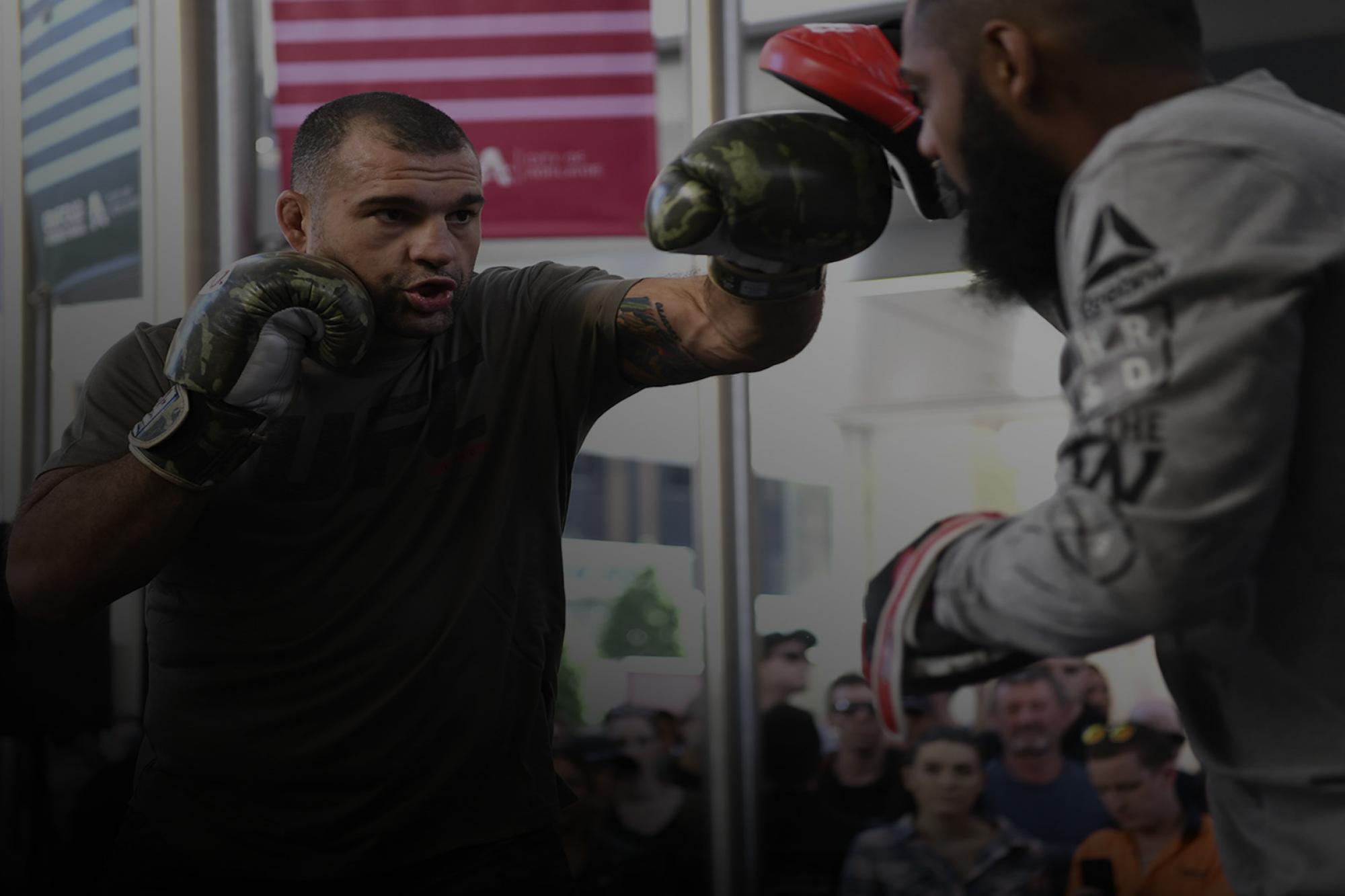 “I’m not superstitious, but any time you come back to a place where you have good memories it brings a good feeling"
By Thomas Gerbasi • Nov. 29, 2018

The flight from Brazil to Australia is no joke, but as Mauricio “Shogun” Rua prepares for his second fight “down under” against Tyson Pedro this Saturday, the former UFC light heavyweight champion can’t help but have good memories of his last bout there.

“It certainly brings good memories,” Rua said of his 2013 win over James Te Huna in Brisbane. “It was a good day, as it was day time in Australia. I had a good training camp, and everything just came naturally during the fight, and it was so quick. I just remember it was an awesome feeling.”

It only took the Brazilian bomber 63 seconds to dispatch Te Huna, and it was a bright spot in a rough 2012-14 stretch that saw Rua lose four of five bouts, with the only victory coming over Te Huna.

Yet following that 1-4 run, Rua returned to form with three straight wins before a July loss to Anthony Smith. So is he superstitious, hoping that a return to Australia means a return to the win column?

“I’m not superstitious, but any time you come back to a place where you have good memories it brings a good feeling,” he said. “I believe that’s true for anyone with anything in life, and it’s not different with fighting. I had a good experience in Australia before, and it’s good to be back. Plus, the Australian fans are great, and they do love fighting and the UFC.”

And they will continue to love “Shogun,” even though he will be fighting a home country favorite in rising star Tyson Pedro. That’s rare in this game, but Rua has had a rare career, one that has already seen him earn a place in the UFC Hall of Fame for his first fight with Dan Henderson even though he’s still an active competitor.

“That was something that really made me happy and meant something to me,” Rua said of his Hall of Fame induction. “I had some dreams and goals I wanted to achieve in my career, and thankfully I was able to achieve most of them. This was another one that meant a lot to me, and made my career more complete.”

But that career is not done, and should he beat rising star Pedro, he could make his way back into the top 10 and set up an interesting 2019 campaign, one that could go in any direction given the ever-changing 205-pound landscape.

“Everything nowadays is so even, and can change so fast, especially at light heavyweight,” Rua said. “When I fought Smith there were talks of a title shot if I won, and Smith went on to beat a top-ranked guy in Volkan (Oezdemir) right after that, and Volkan was supposed to be my original opponent for that show but got injured. So everything changed so quick and so fas, that you learn to take things a fight at a time in this game. I feel like I stayed inactive for so long, and that didn’t help me in my last fight, so now my focus is to just go and do my best this weekend and take it from there.”

A wise decision from a wise man, and make no mistake about it, each move Rua makes is being watched by fighters who not only consider him a potential rival, but a hero. That’s rarefied air occupied by the Curitiba native.

“It’s certainly interesting, and I take it as a compliment,” he said. “Fighting is a very difficult career, so it feels good to reach that point, as it shows that all you have done meant something to people, which means a lot. I just find it funny when someone my age or older approaches me on the street and tells me, “Hey man! I have been watching you since I was very little!”

Rua laughs, enjoying this time, secure in the fact that, on Saturday, he gets to do what he loves once again.

“Like anything in life, things certainly change a bit when you become seasoned,” he said. “That’s the same for anything - any job, or any aspect of life. But I’m a fighter and I love fighting, and a fight is always a fight. It means so much, has such a deep impact, and it doesn’t matter if it’s the first, or the 30th, you’ll always get a bit nervous before a fight, and that’s important to keep you alert, and it never changes. In the same way winning is always a great feeling and something impossible to explain.”