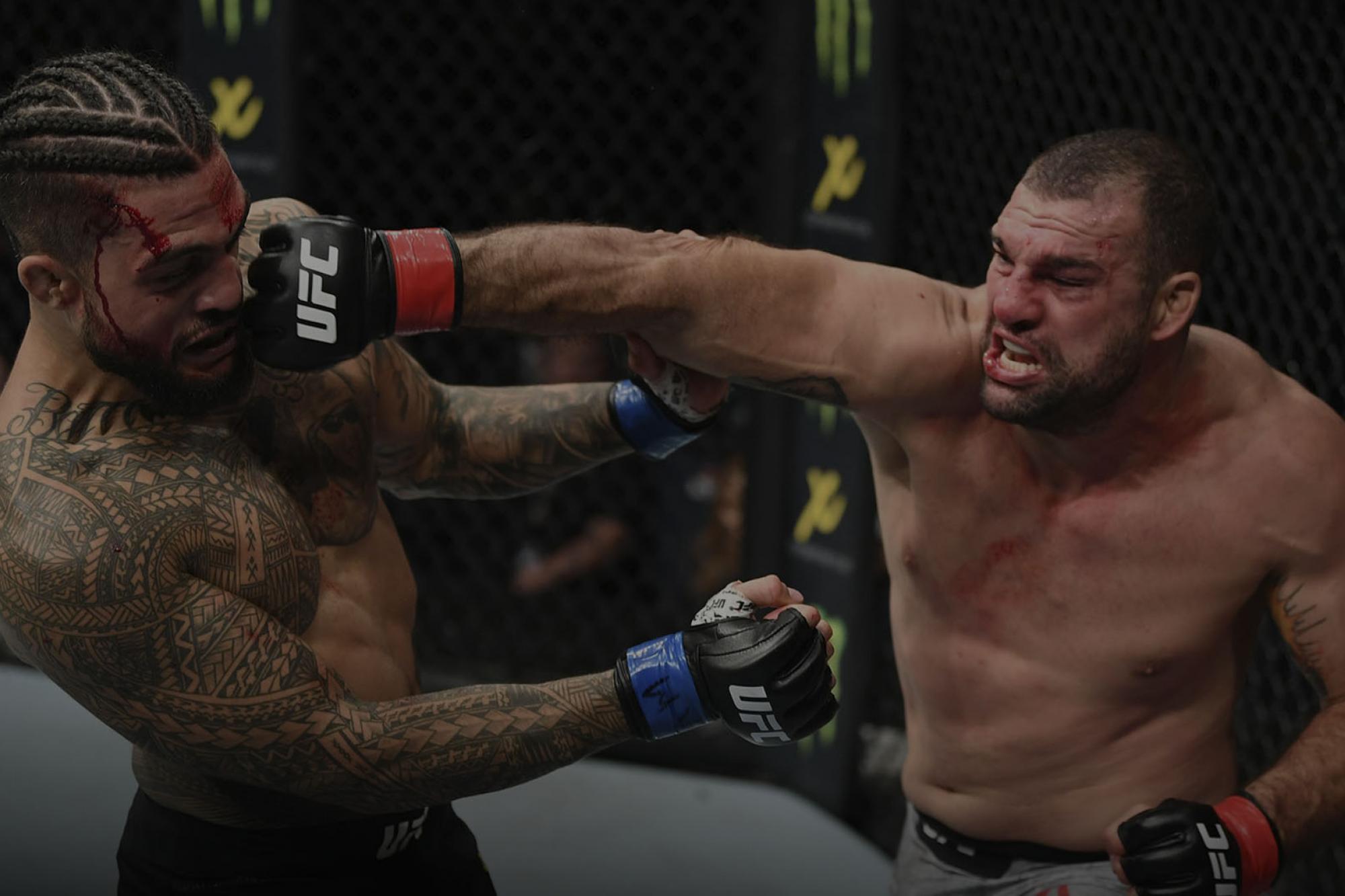 Recap the action from the UFC Adelaide Main Card
By Thomas Gerbasi • Dec. 2, 2018

Brazilian superstar Mauricio “Shogun” Rua turned back the clock in his UFC Fight Night co-main event against up and comer Tyson Pedro, halting the Sydney native in the third round of their light heavyweight matchup at the Adelaide Entertainment Centre.

After a brief feeling out process, Pedro jarred the 37=year-old Rua with a quick 1-2 that was answered by a flush counter from Rua, igniting the crowd. After that heated exchange, Pedro began landing some more hard shots, but Rua’s right hand was finding its mark as well. With two minutes left, Rua’s legs wobbled after a clash of heads, and the Aussie looked for the finish, but Rua was able to weather the storm. The two went on to battle at close range, each landing shots before a late trip to the mat.

Rua opened the second with a hard overhand right, getting Pedro’s attention before the two locked up against the fence. With a little over a minute gone, Rua dragged Pedro to the mat and he kept it there for much of the frame, landing several ground strikes en route to a big round.

Pedro was limping early in round three, and after a right hand from Rua, the Aussie fell to the deck. Rua went in for the finish, and after an unanswered barrage of blows, referee Steve Perceval stepped in and stopped the fight. The official time of the finish was 43 seconds of the third round.

There were no takedowns on the menu in the first round, as Hunt and Willis stood perilously close to each other and traded thudding kicks to the leg for much of the frame.

Willis added a stiff jab to the mix in the second round, but nothing appeared to faze Hunt, who still marched forward at his usual measured pace. But with Hunt not lifting his work rate, it allowed Willis to steal the frame.

Hunt did make some sporadic rushes with power shots in the final five minutes, but he came up empty against Willis, who used movement and quick punches upstairs to take another round and the fight, which was scored 29-28 across the board for the No. 15-ranked “Big Pretty,” who ups his record to 8-1.

Anthony Rocco Martin made it three for three as a UFC welterweight, as he submitted Jake Matthews in the third round.

Both fighters were pot-shotting each other in the early going, but soon, a fight broke out as both began trading haymakers in the pocket. Both got their shots in, but it was Matthews scoring a flash knockdown of Martin that led into a guillotine choke attempt. Martin scrambled out of trouble, and it was a stalemate on the mat to the horn, ending an entertaining round.

The pace dipped in the second, with Martin taking it due to a superior work rate, and in the third, the American Top Team rep put together a solid finishing sequence as his weapon of choice in the fight – a calf kick – put Matthews down on the deck. From there, Martin pounced and scrambled into an anaconda choke that ended the bout at the 1:19 mark of round three.

Featherweight newcomers Sodiq Yusuff and Suman Mokhtarian both showed up to put on a show for Adelaide fans, and after some heated exchanges, it was Yusuff emerging with an impressive first-round TKO win.

Fighting just a week after the passing of his brother, Yusuff (8-1) got after it right away with Mokhtarian (8-1), who didn’t back down from the Maryland product. Unfortunately for the Adelaide native, it was Yusuff landing the harder blows, and after stunning Mokhtarian and getting him against the fence, a series of unanswered punches prompted referee Greg Kleynjans to stop the fight at the 2:14 mark of round one.

Light heavyweight phenom Jimmy Crute thrilled his home country fans as the 22-year-old from Victoria delivered the first finish of the night and of his UFC career, as he submitted Paul Craig in the third round.

The first two rounds were fast-paced and fought primarily on the mat, with both fighters having their moments as they tested each other’s ground game. That would appear to be the perfect scenario for Scotland’s Craig, but Crute more than held his own, and in the final round, he closed the show – not with the arm triangle he was having success with, but a kimura that forced a tap out at 4:51 of the third stanza.