Up-to-the-minute news about UFC 161, taking place Saturday, June 15, 2013, at the MTS Centre in Winnipeg. Fights below have been verbally agreed upon and are subject to change.

Winnipeg's upcoming UFC event has undergone its third injury-related change in three weeks, this one bumping the planned co-main event off the card entirely.

Light heavyweight Antonio Rogerio Nogueira has been injured in training and forced out of his planned bout with former champion Mauricio "Shogun" Rua. Shogun will instead be booked on a card later this summer and UFC 161 will proceed with 11 bouts.

Krause in for Vallie-Flagg at UFC 161

The injury bug has hit UFC 161 once again, this time forcing Strikeforce alum Isaac Vallie-Falgg out of his bout with Sam Stout. Stepping in for Vallie-Flagg is James Krause, a WEC vet currently riding a seven-fight win streak.

UFC interim bantamweight champion Renan Barao has been injured and forced out of his headlining title defense against Eddie Wineland next month. A new main event for UFC 161, taking place June 15 in Winnipeg, will be confirmed soon.

In addition, heavyweight contender Roy Nelson has been added to the card, as he will take on 9-1 Stipe Miocic. Miocic had originally been scheduled to face Soa "The Hulk" Palelei at the event. The news was first released via MMA Junkie/USA Today on Tuesday night.

updated: Former WEC bantamweight champion Wineland will no longer compete at UFC 161. He will be scheduled for a bout at a later date.


Waldburger Out, Robertson In at UFC 161

updated May 3
With an injury forcing TJ Waldburger off the UFC 161 card, Kenny Robertson will step in to face Sean Pierson. The 12-2 Robertson most recently fought at UFC 157 in February, earning an impressive first-round submission over Brock Jardine.

Canada will see its first women's bantamweight bout, as Strikeforce alum Alexis Davis takes on 13-2 Rosi Sexton in a battle of grappling phenoms.

Four Canadian fighters have been added to the UFC's first-ever Winnipeg fight card.

Another Edmontonian, Mitch "Danger Zone" Clarke, will be Brit John "The One" Maguire's first test at lightweight, as the Englishman has announced a drop down from 170 pounds.

update: Winnepeg's own Roland Delorme returns to the Octagon to face Edwin Figueroa in what promises to be an action-packed bantamweight fight. 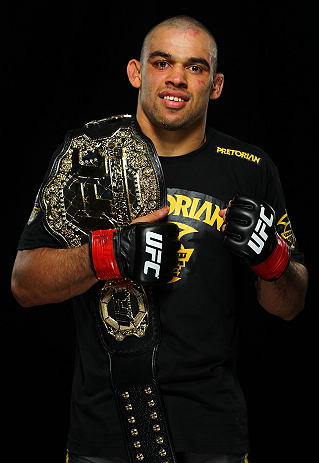 The Ultimate Fighting Championship has announced its first‐ever
event in Winnipeg, Manitoba with UFC® 161. The event will take place on
June 15, 2013, at the MTS Centre, a 15,000-seat venue that is home to
the National Hockey League’s Winnipeg Jets.

The main event will feature a title fight, the seventh championship bout held in Canada in the last six events there. Coming off of an amazing submission win over Michael McDonald, interim bantamweight champion Renan Barao will put his belt on the line against number-four ranked UFC contender Eddie Wineland. Wineland is coming off of impressive wins over Scott Jorgensen and Brad Pickett and looks forward to facing a man with one of the most impressive unbeaten streaks in MMA. 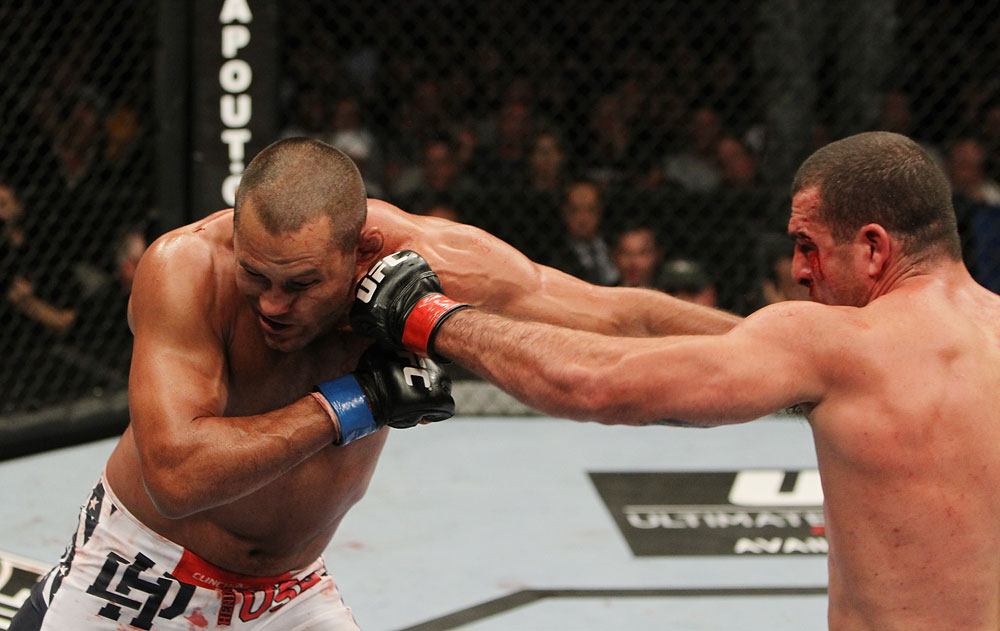 Two exciting heavyweight bouts have been booked for Winnipeg: Hard-hitting heavyweights Shawn "The Savage" Jordan and Pat "HD" Barry will fight, as will 9-1 Stipe Miocic, who faces Soa "The Hulk" Palelei. Palelei rides an eight-fight win streak into his UFC return bout.

And finally -- for now -- Tyron "The Chosen One" Woodley will follow up his spectacular KO debut with a bout against former Strikeforce champion Jake Shields, who is returning to welterweight.