Shogun Rua: Focused on the Present, Not the Future

"Great things happen when you win, and a lot of bad stuff happens when you lose, so I'll take it fight by fight." - Mauricio "Shogun" Rua 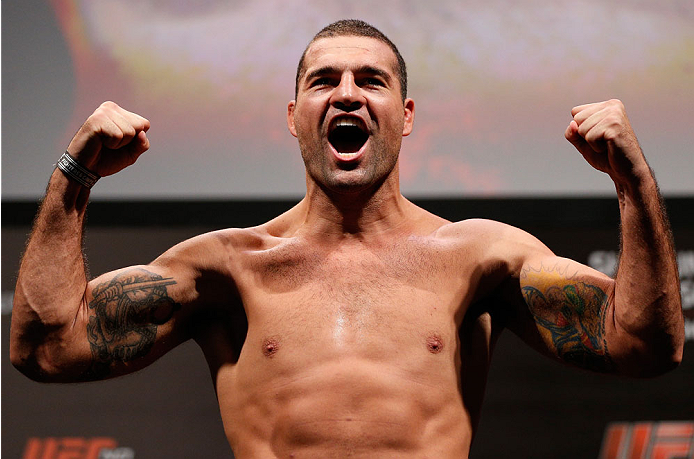 After 12 years as a professional mixed martial artist, Mauricio “Shogun” Rua has likely seen it all when it comes to the fight game. But he probably didn’t have many days like October 29, 2014.

“It was a bit of a crazy week,” Shogun said through translator / manager Eduardo Alonso.

It started out normal enough, as Rua prepared for a UFC Fight Night main event on November 8 against Jimi Manuwa. The Uberlandia fight was at home in Brazil, so travel wasn’t going to be an issue, making it the perfect scenario for the former UFC light heavyweight champion to get back into the win column after his March loss to Dan Henderson.

But last Wednesday everything got thrown into upheaval. First, in a good way, as Rua was informed that he was going to coach The Ultimate Fighter Brazil for the first time against fellow MMA icon Anderson Silva.

“I was preparing to go to the gym Wednesday for one of the hardest training sessions of the week when Eduardo called me saying he had great news about TUF Brazil,” Rua said. “I got so happy, everybody got a bit emotional, I called my wife and everything, and I went to the gym super motivated. It was already hard not to think about TUF and focus on the training session.”

There was British bomber Manuwa waiting to throw hammers at his head in a week and a half though, so Rua got his mind set on training soon enough. It was around this time that Alonso got a call from UFC President Dana White.

“He (Alonso) disappeared for a few minutes,” Rua laughed, “and when he came back he said nothing, so I wouldn't lose focus on the training about to start.”

Once the session was over, Alonso gave Rua the news: Manuwa was out of the fight due to injury, with co-main eventer Ovince Saint Preux stepping in for this weekend’s bout. It wasn’t ideal for a lot of reasons – the importance of the fight, a different stylistic matchup, the time left to prepare, etc. – but it’s part of the game, and Rua quickly adjusted.

“We immediately started to study Saint Preux and the next morning we were back in training with a new schedule and Eduardo had prepared different training sessions than were originally scheduled,” he said. “It's really crazy, but then again this is our job and it's part of it. That's what makes us true pros, to be able to deal with those situations, work hard and keep the focus. I just want to do the best I can for my next fight, and all will be a consequence of that. After Saint Preux I will think about TUF Brazil again.”
> MORE: Fight Night Uberlandia Preview | Shogun vs. Ovince Saint Preux on The Rankings Report | Gym Escape with OSP

It’s an interesting time to be Mauricio Rua. Still a few weeks from his 33rd birthday, the Curitiba native is one of those fighters who is tied to the past and present of the sport, someone who you can’t imagine NOT being there to fight the best in the world night in and night out. In fact, if you talk to his fellow fighters, the consensus – even among opponents – is that they’re fans of the soft-spoken former PRIDE standout. Yes, everybody loves Shogun.

“I appreciate this a lot, and it's funny because I'm still young or at least I think of myself as still a young guy (Laughs) and this is now happening often as when I fight on November 8th it'll be exactly my 12th year anniversary as a pro MMA fighter,” he said. “I didn't even notice that until a fan told me, so I guess I'm not as young anymore or at least I started very young (Laughs). I really appreciate fighters looking up to me, and I remember the same thing happened when I was fighting James Te Huna. But this is all cool for after the fight, as I know when the fight starts they also see it as a great opportunity for their careers and they will do everything they can to beat me. So right now, we are fighters who will fight each other, and that's the reality.” 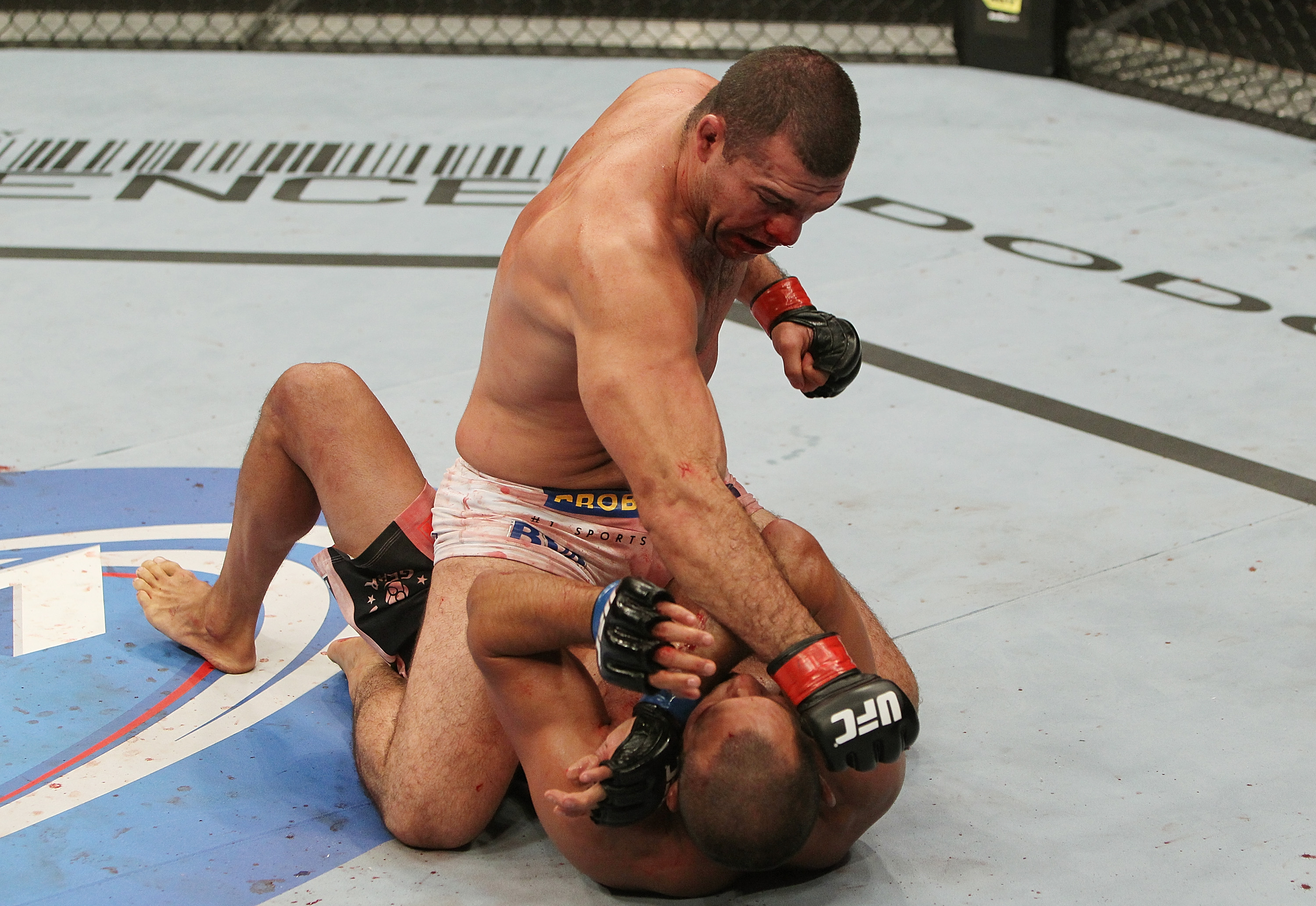 Knowing the reality of a situation is the first step in making sure you can turn it into an advantageous one for you. Rua will be the first one to admit that his performances have been spotty over the last couple years, but with a solid win over Saint Preux, he will enter 2015 on a positive note that will continue throughout the filming of TUF Brazil 4. And though he won’t be fighting Silva at the end of the show like TUF coaches traditionally do, he will get a fight when the series is done, and it will likely be a high-profile one that could propel him back into the title race if he is victorious. That all hinges on Saturday night, and where Manuwa is a no nonsense striker, Saint Preux’ attack is quite different. Again, Rua knows the reality of this situation.

“Saint Preux fights in a southpaw stance, is taller, and has a different set of skills,” he said. “It's a totally different fight in many ways, and we had to come up with a new strategy right away, and have to use the few days of training that we had left to work on it, and tweak some things during fight week while focusing on the final weight cut. In the end, a fight is a fight and being in a main event is a privilege and a responsibility. I'm glad that the fight is on so the fans can see us fight. I would never let them down, and I'll do my best regardless of the opponent.”

And truth be told, while the focus has been on Shogun having to adjust for Saint Preux, the former University of Tennessee football player is taking a big step up in going from original foe Francimar Barroso to a former world champion who proved how dangerous he could be when knocking out Te Huna in 63 seconds in their December 2013 bout. Even in his loss to Henderson, Rua appeared to be on his way to victory when stopped in the third round. Factor in that the fight is five rounds, and not the three that Saint Preux was originally preparing for, and that late-notice playing field is all but even.

“Each fight is different and you have to fight your game plan and keep in mind it's a five round fight and you have five rounds to win it, but a fighter can also lose the fight at any moment of those five rounds,” Rua said, not putting too much emphasis on the idea that if he can take OSP into the late rounds, it’s lights out. “I think when you fight smart, a finish can come at any time during the five rounds, even in the first, or you can go the distance. But the important thing is to be focused and fight your fight. If it will last one minute or five rounds it's something we can only know once we fight.”

That’s a veteran’s way of saying that all the planning and talk in the world doesn’t mean much when someone’s punching you in the face. A lot of fighters can say that, but being able to perform in the heat of battle is something Rua learned in the Chute Boxe gym that has taken on a mythical aura over the years. It adds a heavy dash of excitement to TUF Brazil 4, as you wonder if Shogun the coach will bring those days back for his team. 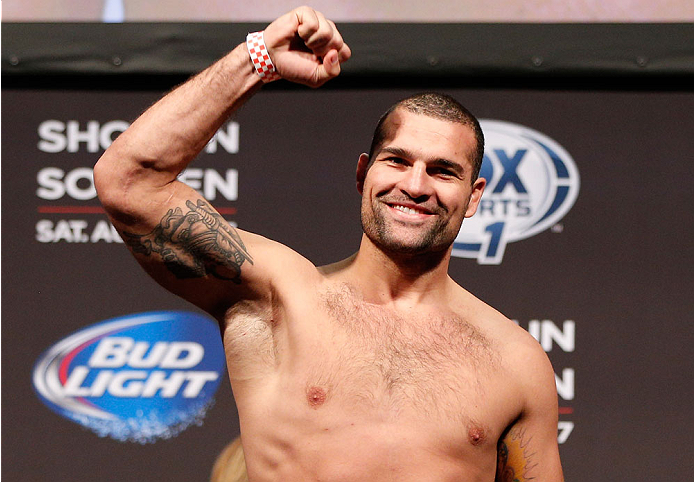 “Man, those days were tough,” Shogun laughs when talking about the Chute Boxe days, where often the fights in sparring were tougher than the ones under the bright lights. “But they were also great to forge us as fighters, and make us strong minded and confident, as well as aggressive and skilled. Times have changed, and TUF is its own thing, with a different time frame for all, and specific strategies. A lot of things like helping fighters to maintain weight and not suffer so much from weight cutting during the show, keeping them confident and not busted up and over trained before a fight, knowing all the fighters in the house to know the best matchups, and developing the better strategies all count a lot in TUF from what I think. But certainly the strong mindset, confidence and motivation I learned in my young days at Chute Boxe and with all my trainers is something very important and that I carry with me. I will try to pass this along to the young fighters. Right now though, I have a fight in a week and that's what matters.”

“I like to look at things fight by fight, as your next fight is always the most important and you have to be careful not to look ahead and lose focus on the task at hand,” he said. “Great things happen when you win, and a lot of bad stuff happens when you lose, so I'll take it fight by fight. Obviously this time I have TUF Brazil after it (this week’s fight), and most likely a fight against someone else, not Anderson, at the end of the season. So after Saint Preux, 2015 already starts for me and my team with all the work we have ahead. I'm excited and motivated, and the next stop is Uberlandia, where I'll do my best to give the fans a great fight and the rest is a consequence of our work.”