Shogun Returns to His Second Home 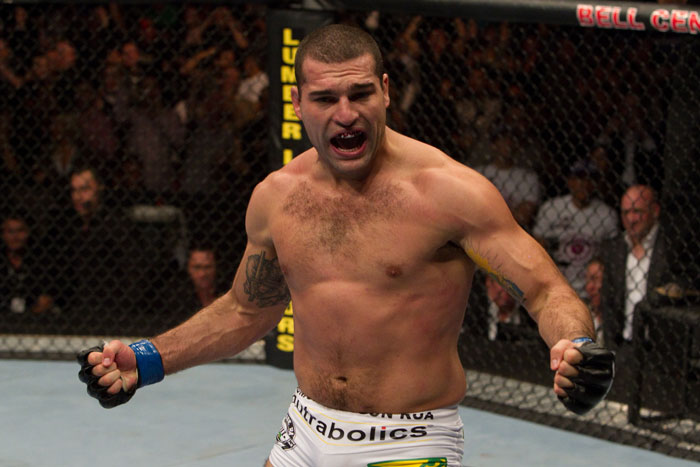 TOKYO, September 18 – Sometimes you make sacrifices for the people and things you love. For Mauricio Rua, a 30-hour plane ride from Brazil to Japan was the price he paid this week to come back to the place where, for all intents and purposes, “Shogun” was born.

“We feel at home here because when I started fighting in Japan, my team was very well acquainted with the place,” Rua said through translator, manager, and longtime friend Eduardo Alonso. “So right off the bat when I came to make my debut in PRIDE, I already felt at home because of the environment my team already had here and the support we had. And then I started fighting a lot here, and whenever I come here I always feel at home. It was very nice to fight here.”

It will be 11 years next month since Rua’s first fight in PRIDE against Akira Shoji in 2003. He chuckles when asked if it feels like that long.

“No, it really seems like a much smaller while ago,” Rua said. But a lot has gone on since he faced off against Shoji in just his sixth pro fight. Wins, losses, a UFC world title and a PRIDE Grand Prix championship, injuries, and enough ups and downs to last three careers. The reality that he’s just 32 years old boggles the mind, but he’s still standing and swinging, eager to face British slugger Jimi Manuwa on November 8. It will be the 32nd fight of his storied career, and while these days are filled with interviews, media tours, photo shoots, and more and more pulls on his time, it wasn’t like that when he was 21, coming off a loss against Renato “Babalu” Sobral, and hopeful that he would make the grade in PRIDE and keep fighting there.

“Everything was much more tranquil,” he said of his early PRIDE days. “I was young, I didn't have kids, I didn't have a family to support. I only had to focus on training and didn't have the pressure from the media and the fans and that responsibility, so it was much less pressure and a much easier time.”

Shoji didn’t last long with Shogun, getting knocked out in less than four minutes. It was as spectacular a promotional debut that a fighter could have, but it shouldn’t have been a shocker. Rua likely had tougher fights in the gym every day with the gang of killers known as the Chute Boxe Academy. Leading the team at the time were Wanderlei Silva and Rua’s brother Murilo “Ninja,” and the duo paved the way for the young Mauricio to dream and succeed.

“Ever since I started in MMA, I always aimed and focused on PRIDE,” he said. “My team was fighting here - Wanderlei Silva, my brother - and PRIDE was the biggest show in the world back then, so I always had this focus and this goal of coming here and fighting in Japan and fighting in PRIDE.”

That first fight against Shoji was at Saitama Super Arena, the site of Saturday’s UFC Fight Night event and the reason Rua is in town. It’s the kind of homecoming you don’t see too often in the sport, and for a young man from Curitiba to develop such a relationship with the fans and nation of Japan, it’s nothing short of remarkable. He admits that while he dreamed of one day ascending to the top of the MMA world, he didn’t expect things to happen the way they did.

“When I got to PRIDE, I always tried to visualize being a champion, but I knew it would be a very long and hard road to the top,” Rua said. “I always had Wanderlei and my brother as my role models and I was always inspired by them, and I aimed to reach the top, but I would never expect to reach it so fast.”

In 2005, Rua put together what most believe is the single greatest calendar year in the history of mixed martial arts. Five times he fought – four in Saitama – and five times he won, picking up the 2005 PRIDE Middleweight Grand Prix title. That’s impressive in itself, but when you see that the final four wins came in succession against “Rampage” Jackson, Rogerio Nogueira, Alistair Overeem, and Ricardo Arona, the accomplishment becomes so much greater.

All told, Rua fought eight times in Saitama Super Arena, winning seven, with the only loss coming against Mark Coleman in 2006 when he suffered a freak injury less than a minute into the bout and couldn’t continue. With the exception of that bout, it was a spotless run and a home to great memories for Rua.

“It's certainly a very special arena for me,” he said. “It was the place where I became a world champion for the first time and there were a lot of people in attendance. It was a really big show and it was a special moment in my life, so it brings a lot of memories and there are a lot of feelings attached to that place.”

So will he ever come back with gloves and a mouthpiece in his travel bag? That’s not out of the realm of possibility, and as Alonso points out, there were preliminary discussions of him fighting on this weekend’s card, but the timing after Rua’s recent nose surgery didn’t line up. As for his own thoughts on a fighting return to Saitama, Shogun is all for it.