Shogun back in what was the center of MMA 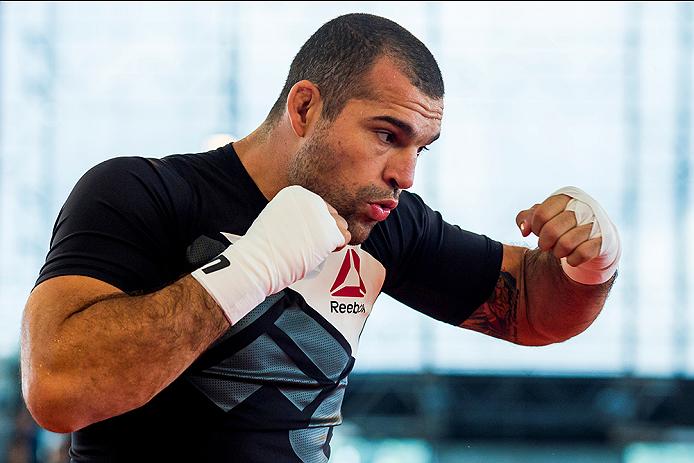 There are different approaches to a fight when it comes to how someone treats his or her opponent. There is trash talk, there are insults, there is respect with a hint of sarcasm or snark.

And then there’s Corey Anderson’s thoughts on the man he’s facing this Saturday at UFC 198, Mauricio “Shogun” Rua.

“Shogun is a legend, a pioneer of the MMA game, one of the original champs and an ORIGINAL BADASS,” Anderson wrote when asked about Shogun for his official UFC bio update. “When I was in college, you heard people talking about UFC and MMA, and you’d hear his name in almost every conversation. To have the opportunity to fight him and get your name in the book with the legends is a dream come true for any fighter. He’s a tough SOB and I can’t wait to get in there and go to war with him.”

That’s par for the course when folks talk about the 34-year-old Curitiba native. There is never any ill will, only respect. No harsh words, just praise. That must be a nice place to be in as a fighter.
RELATED CONTENT: KO of the Week - Shogun vs Te Huna | Shogun fighter bio | Stastical matchup with Corey Anderson

“It's very rewarding,” Rua said. “MMA is not an easy career, and to be a professional fighter is a lot of sacrifice. Really a lot, and most people don't realize it. A lot of great fighters struggle a lot, have to work side jobs for all their careers, can't recover well enough, get injured and still try hard to achieve their dream. It's very fortunate to be able to get to the top, because it's really hard and not all great fighters are fortunate enough to get to that position. I have a lot of respect for anyone that steps into a cage and puts themselves through all the years of sacrifice to do it. So to have the respect from other fighters, as well as opponents, feels great. I share the same respect for all of them, not only in the UFC, but in any gym and small show around the world.”

A response like that says it all when it comes to the level of respect he so deservedly receives. That, and a resume that includes a UFC light heavyweight championship, a PRIDE 2005 Middleweight Grand Prix title, and wins over a Who’s Who of the sport, including a trio of UFC Hall of Famers (Mark Coleman, Chuck Liddell, Forrest Griffin). This weekend, it’s rising star Anderson in his hometown, a place he hasn’t fought in since he defeated Angelo de Oliveira in 2003.

Back then, it was a different world in MMA. Rua was competing in just his second pro fight, and when he finished de Oliveira in 55 seconds, he did it with soccer kicks, a maneuver not even allowed anymore under the unified rules of mixed martial arts.

“That was a while ago,” he laughs. “Time flies. But I remember the excitement. It was only my second professional fight, and I was very confident, as my training was great and I knew we had a great team. Training hard with the guys I trained with, I knew I was ready to fight anyone, and although I was a little anxious, I went in there very confident and everything turned out well. Curitiba was the center of MMA in Brazil back then, with the best shows and a passionate crowd. It was some good times.”

Rua was just 21 years old. By the end of the year, he was making his debut in Japan’s PRIDE organization and kicking an iconic career into gear on an international stage. Did he have any idea that nearly 13 years later he would still be here, and as a legendary figure in the sport?

“You don't really stop to think about those things too much when you are young,” Rua admits. “I loved fighting, as I still love it, and I was pursuing my dream. I had great examples in my brother Ninja and my friend Wanderlei Silva, and I wanted to achieve what they achieved, and so I was fighting hard for it. I knew this is what I wanted to do with my life, and it was some special times, but I was focused on the present and each and every fight, and not looking so far ahead.” 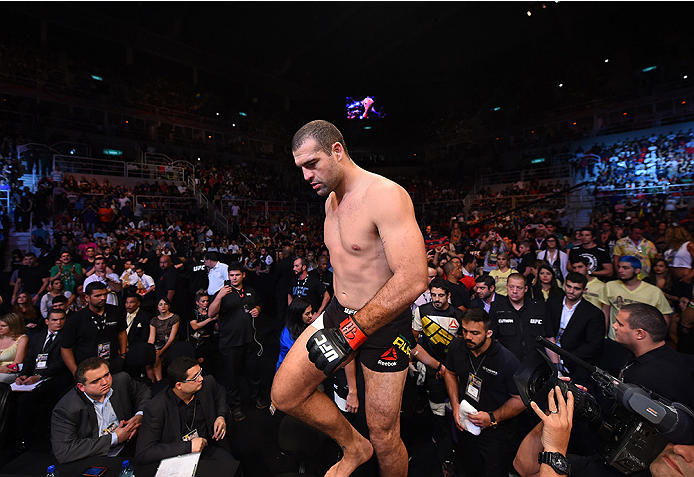 Nothing has changed in that regard for Rua, who snapped a two-fight losing streak in August with a win over Rogerio Nogueira in their long-awaited rematch. He’s not thinking about title runs, the huge crowd cheering him on or how long he wants to continue fighting. It’s all about Corey Anderson now. That’s a sign of respect to his opponent, and maybe that’s why Rua is so revered among his peers.

“I try to focus and concentrate on the task ahead,” he said. “I know Corey Anderson is a hard fight, and the UFC is all about hard fights. I can't focus on the surroundings and the emotions outside the cage; I’d rather focus on my training and what I have to do in the fight. I trained very hard, and after the fight is over I'll focus on the rest. It's going to be a great night for the fans, but for us fighters it's work first, and the emotions will certainly come up after it.”