"I want to go out there, take this
to the ground, and I’m gonna try to submit him and I think he’s gonna
try to do the same to me." - Jake Shields 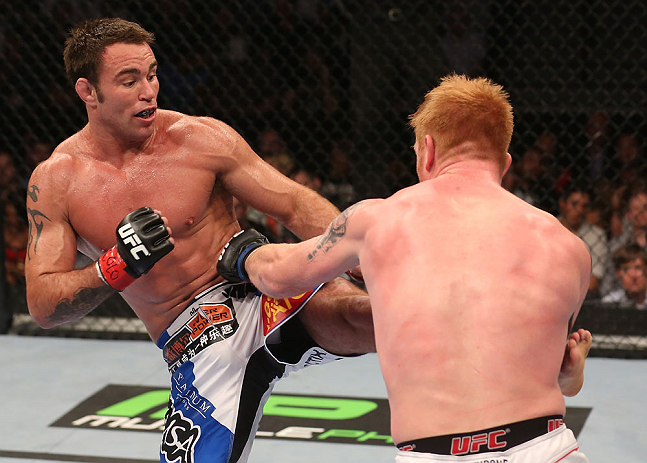 Not just a fighter, Jake Shields is a mixed martial arts fan as well, so he’s been in the same camp as the rest of us when watching what promises to be a classic matchup of two elite strikers, wrestlers, or jiu-jitsu fighters turn into something quite different.

So as he gets ready for his Wednesday main event bout with Demian Maia, a clash that pits two of the sport’s top jiu-jitsu practitioners against each other, he’s not saying “this is an MMA fight, not a jiu-jitsu match,” or “I’m ready to take this wherever the fight goes.” He’s making no bones about it: he would love to match his mat skills against Maia in the birthplace of the art, Brazil.

“I would like it to turn into a jiu-jitsu fight personally,” said Shields. “I don’t really know what Maia has in mind, but I always hate it when you have two great strikers and it turns into a wrestling match or two great jiu-jitsu guys and it turns into a striking match. I think people will want to watch us fight on the ground, and that’s what I plan on doing. Obviously I’m ready to fight on the feet as well, but I would like at least part of the fight to take place on the ground.”

That’s not just talk from Shields, and when you ask him why he’s so amped up to possibly go submission for submission with one of the most dangerous mat wizards in the game, it’s simple: Maia has the skills to submit Shields, and knowing that makes the competitive Californian smile.

“I’m excited about that part,” he said. “I think we are the two best jiu-jitsu guys in the 170-pound division, so I’m really excited for this fight. I want to go out there, take this to the ground, and I’m gonna try to submit him and I think he’s gonna try to do the same to me. This is a guy I truly respect in jiu-jitsu. He does have the capabilities to submit me, and that’s something I’ve not really felt in a fight before, at least not in a lot of years. So it’s nice having to go out there and respect someone’s jiu-jitsu.”

Since arriving in the UFC in 2010, he’s faced fighters with solid ground attacks like Martin Kampmann, Georges St-Pierre, and Ed Herman, but nothing on the level of Maia when it comes to jiu-jitsu. Even before that, he’s been in with the Mike Pyles and Toby Imadas of the MMA world, but again, Maia is on another level, and knowing that has kept Shields motivated and on point in the gym.

So what makes Maia that good?

“He’s not that complex,” explains Shields. “He’s really simple, but he’s just really, really good at what he does. His attacks are on point and he’s so technical. He doesn’t lose space, he knows 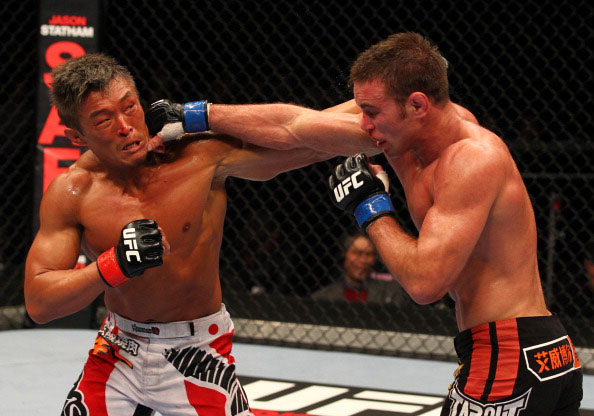 how to hold on to you and not let you out of things, and the submissions he does, he does well.”

But perhaps even more important to Shields than the possibility of a clash between respected black belts on the mat is the reality that should he end Maia’s unbeaten three fight run at welterweight, he will take a leap up the welterweight ladder and get back in line for another shot at the 170-pound crown.

“That’s exactly what I’m hoping for,” said the 34-year-old from San Francisco. “I want to go out there and win because Maia has so much hype right now. I want to win, hopefully in a really exciting, big fashion to make a statement, put him away, and make people realize that I’m here and back as a top contender still. I feel like I’m at my best, training’s gone great, and now it’s about going out there and performing during the fight.”

If he can get a tap out, that would be even better. But for now, he’ll take a win whatever way he can get it.

“It’s gonna be me and Maia in there fighting and the best man will win.”