Shevchenko no stranger to fighting in her opponent's land 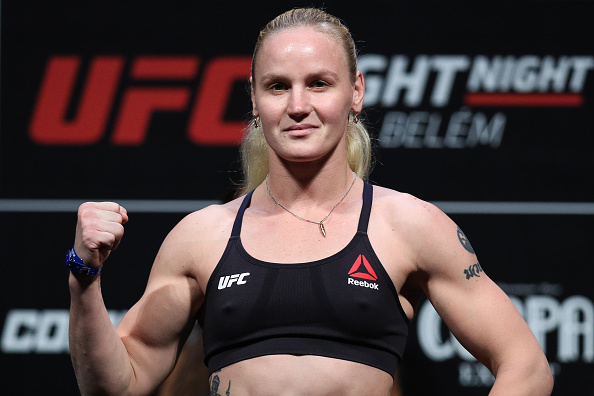 Valentina Shevchenko of Kyrgyzstan poses on the scale during a UFC Fight Night weigh-in at Mangueirinho Arena on February 02, 2018 in Belem, Brazil. (Photo by Buda Mendes/Zuffa LLC/Zuffa LLC via Getty Images)" align="center" />
Whether in her native Kyrgyzstan, her longtime home of Peru, or in training destinations of Denver and Houston, Valentina Shevchenko may best be described as a Citizen of the World. And she’s fine with that.

“Travel for me is everything,” she said. “When I’m preparing for my fight, I can’t spend a lot of time on travel and it’s the same when my sister Antonina is preparing for a fight. I’m helping her and we have to be in one place for some time. But when we are finished, we prefer to go and travel and see different places. I call home every place where we are.”

“Belem is my home for all this week,” Shevchenko laughs.

Competing in Brazil for the first time as she takes on Priscila Cachoeira in the UFC Belem co-main event on Saturday, Shevchenko is no stranger to the city of Belem, having made a trip from there to Peru on a boat down the Amazon River. It took 20 days.

“You got to see everything and see the life people have from the inside and not just the outside,” she said, clearly embracing these opportunities that prizefighting has brought her. That’s not to say it’s going to be easy fighting Cachoeira in her home country, but over two decades in martial arts has taught the 29-year-old more than a little something about being on the road for a fight.

“It’s very difficult when you are fighting in the home country of your opponent or you have to travel across the world for 10 to 14 hours,” she said. “It takes a lot of energy, but I was fighting all my career in the home country of my opponents, I know exactly what to expect, how to deal with this, and it’s an opportunity to see a little bit more.”
RELATED CONTENT: SHEVCHENKO JOINS UFC UNFILTERED PODCAST

It’s also her chance to make an immediate impact in the UFC’s new women’s flyweight division, as she makes the 10-pound drop from bantamweight to 125 pounds. In some ways, it makes all the sense in the world. In others, you wonder why Shevchenko left bantamweight when she was one judge’s scorecard away from beating champion Amanda Nunes last September.

“Before when the UFC had just two female weight classes – strawweight and bantamweight – I didn’t have any chance to choose,” she explains. “For me, it was bantamweight, and I never cut any weight. This was my natural weight, and I was just waiting because there were rumors that someday there will be a new weight class at 125. And when the UFC created this, I was very sure that I will be fighting in this weight class. This weight feels more natural for me, and even though I feel strong and good at 135, I have to deal with bigger sized opponents, and that gave me a little difficulty. At 125, I will fight with the same size opponents, and this is exactly what I want.”

“Bullet” wants to make something clear, though, and that she’s not done with Nunes yet.

“For now my plan is to be at 125, but I will still consider fighting Amanda Nunes in the future.”

The split decision defeat to “The Lioness” didn’t sit well with Shevchenko or her legion of fans who thought she deserved the nod in the UFC 215 main event. But with time, Shevchenko has come to accept – not the loss, but the reality that this type of thing comes with the fight game sometimes.

“In this sport, things happen like this,” she said. “You want to finish the fight early, but sometimes you can’t. Martial arts is 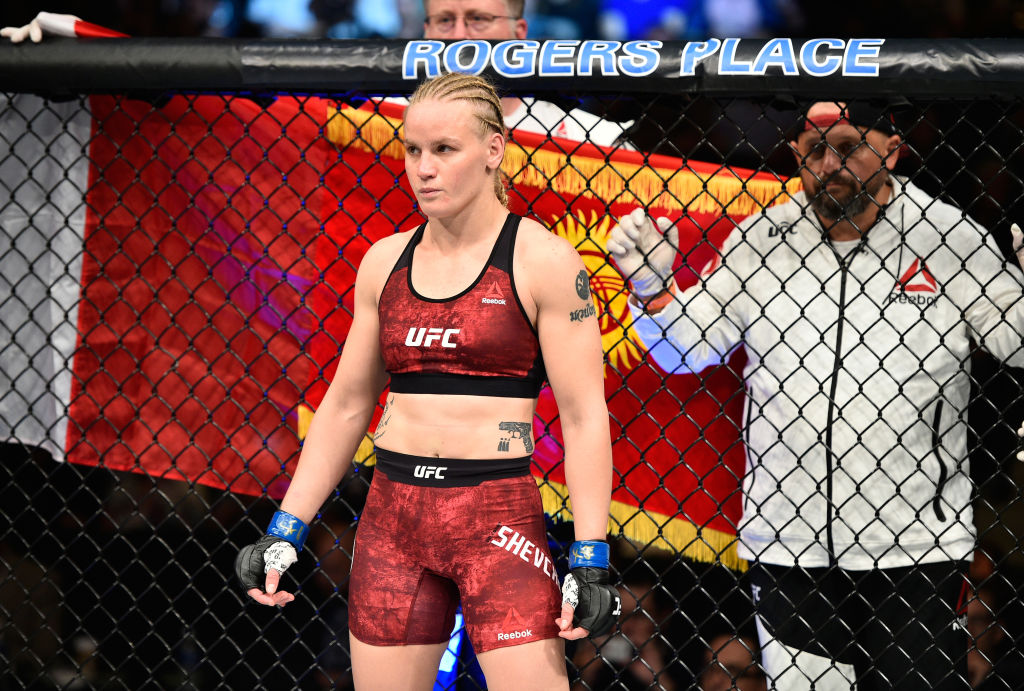 Adriano Martins of Brazil in their women's bantamweight bout during the UFC 215 event inside the Rogers Place on September 9, 2017 in Edmonton, Alberta, Canada. (Photo by Jeff Bottari/Zuffa LLC/Zuffa LLC via Getty Images)" align="right" /> my lifestyle, it’s everything for me and I cannot say it’s easy, but I say I will be stronger next time. I take what I have to take from this experience, and with better energy I’ll go into the next one.”

The next one is with the raw and relatively unknown Cachoeira, who brings a perfect 8-0 record into her debut against one of the best in the game. Shevchenko is well aware that she is the favorite going into the bout, but she’s even more aware that the oddsmakers won’t be in the Octagon in Belem. It’s just her and Cachoeira, and Shevchenko has prepared accordingly.

“A fight is a fight, you never know what to expect,” she said. “And fighting in MMA is not a dance; it’s a real fight and that’s why I keep everything simple. I prepare for any fight as good as I can and I put all my energy into my preparation because I don’t believe in easy fights. I know what people think, but she has a very strong punch and she has eight fights with no losses. From my side, I have my experience. I was doing martial arts more than 20 years and all the experience I have will help me in this fight. There’s no difference in my preparation from my last fight to this fight now.”

And while she’s prepared for a title fight tomorrow, Shevchenko may find herself in a real battle for the belt sooner rather than later. Subsequently, she was an interested observer when Nicco Montano defeated Roxanne Modafferi for the crown in December.

“I saw their fight and it was a very interesting fight because they fought all five rounds without any stopping,” she said. “Both girls wanted to show their best side and Nicco was better than Roxanne in this fight so she received the belt.”

It’s clear that Shevchenko has respect for the new champ. But there’s still a job to get done and she’s ready to do it.

“It (Montano-Modafferi) showed that she (Montano) had character and technique, so she has the belt right now, but I’m on my way.”