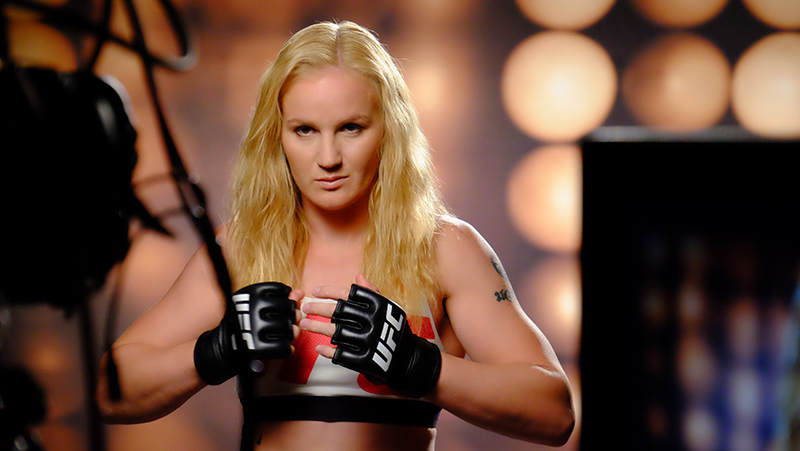 The UFC record reads just 1-0, but if all goes well, Valentina Shevchenko may be in line for a shot at the women’s bantamweight title before the end of 2016. And that sits just right with Peru’s “Bullet.”

“Yes, I want to fight for the title as soon as possible,” she said. “That is why I will do my best to show a beautiful fight and win it.”

Fresh from a win over former Strikeforce champion Sarah Kaufman in her UFC debut in December, Shevchenko is continuing to take the road less traveled, as she will now try to topple the fourth-ranked bantamweight in the world, Amanda Nunes, in UFC 196’s main card opener on Saturday in Las Vegas. For Shevchenko, this is just business as usual.

“I have never had easy fights and opponents,” she said. “All of them were strong and difficult. That is why I will fight with Nunes like I have with all the others.”

Bold words from the 27-year-old native of Bishkek, Kyrgyzstan, but not surprising ones, as fighting isn’t just something she picked up a few years ago on a lark. It’s in her blood, going back to her mother Elena.

My mother is a third dan black belt in taekwondo,” Shevchenko said. “She is the President of the Kyrgyzstan National Muay Thai Federation for IFMA, and she understands that combat sports and martial arts are a constant journey of growth and development, not only in technique but also in spirit.”

As such, Elena had her daughters (Shevchenko’s sister Antonina is a decorated striker with a 37-1 pro record) in the gym at an early age. Not 12, not 15, but in Valentina’s case, five years old. By seven, she was competing, and while she can’t pinpoint any particular moment when she realized fighting would be her life, her current coach saw early on that Shevchenko was something special.

“I started competing at around seven years old in combat sports and I really don’t remember any exact moment because I was so young,” she said. “At some point my coach Pavel Fedotov noticed and continued to develop me as a martial artist and constantly had me competing all over the world. He has been my coach for 22 years.”

Shevchenko still found time for school while compiling a stack of medals and a seemingly endless number of trophies and championship belts, but her college degree was going to sit in her home, as fighting had all her attention.

“I have studied dance since I was very young, but I also graduated from the Kyrgyzstan University of Arts with a degree in film directing,” she said. “But a sports career and film directing is not possible because of the time and focus needed to do both. Although, in the future, I would like to make a movie about martial arts or to be a fighter in a movie with Jackie Chan.”

Movie roles may be on the way if she gets to the top of the bantamweight mountain, and she made strides in that direction with the split decision win over Kaufman.

“Sarah Kaufman is a strong fighter with heavy punches,” Shevchenko said. “She is experienced and has diverse techniques, but I fought her in my usual manner. Unfortunately, it was the end of the third round when I escaped from her mount and there was not enough time to implement my game plan again. In general, I am satisfied with my fight with her on short notice.”

A win’s a win, and you take one whatever way you can in the UFC. But with a full training camp and the stakes even higher, Shevchenko (who had no pick in the night’s championship co-main event between Holly Holm and Miesha Tate but said that she “would like to fight both of them.”) expects to be even more impressive the second time around.

“I will use all my skills and I will give 100% to win this fight at UFC 196,” she said. “And I am very grateful to UFC for giving me this great opportunity. For now, I am only focused on this fight with Nunes, but I hope to bring happiness to my fans in 2016.”