In March of this year, Yoni Sherbatov left the ring after winning his second pro boxing match and was greeted immediately by his friend and training partner, unbeaten light heavyweight contender Artur Beterbiev.

“To be the greatest,” Beterbiev told Sherbatov. “You need to choose one sport. You can’t jump from one style to another.”

“I understood what he was saying,” he said. “I went back home, spoke with my family and said, ‘Guys, I see myself as a UFC champion.’ They said ‘Let’s do it, let’s push it.’”

A month later, Sherbatov had his four-ounce gloves back on, and he battled to a draw with veteran Tyson Nam. Then it was off to Las Vegas and the first step on his MMA mission: The Ultimate Fighter 24, and an opportunity to not win a UFC contract, but a UFC championship.

It’s a lot to take in for a young man with six pro fights, but he was all in when he got the call.

“Every day, every second of the time I’m in,” he said. “Nothing will stop me. I’ll be the first person on the line.”

Those are fighting words from a real fighter, one who has been competing in one combat sport or another – whether Taekwondo, Greco-Roman wrestling, Brazilian Jiu-Jitsu or boxing - for most of his 28 years. That’s enough to give the Moscow native confidence. As for the experience, the truth that comes from his mouth is enough to give anyone pause. 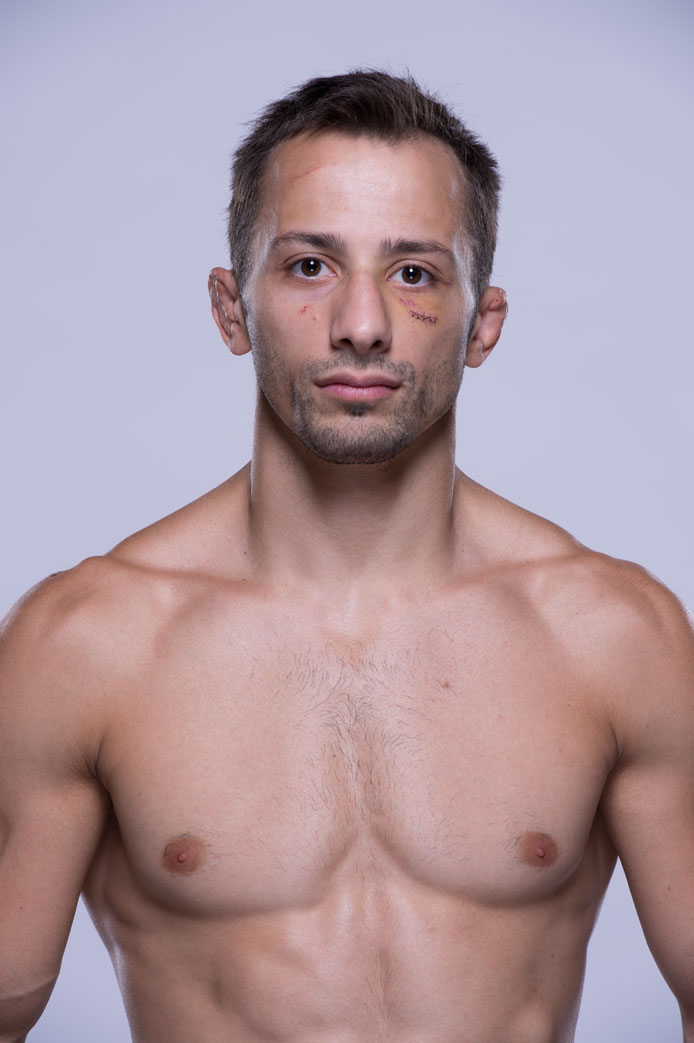 “Sometimes we think in our head that we might not have enough experience,” he said. “From my personal view, I don’t have as many fights as the other guys, but when you think about that, you’re like, ‘I might not have enough experience,’ but the reality is, there’s never going to be enough. A fight is a fight. There’s no way to prepare for that. You’re in, you’re in. It can be in the UFC, it can be in another organization, but there’s no explanation to tell you if I felt ready at that time, or in a year. So for me, there’s no time. It was meant to be. I wanted from the beginning to fight in that organization, so for me, no matter what, I would go there with two fights, three fights, four fights, ten fights. That was my plan, to be in the UFC.”

And now he’s on the doorstep of the Octagon, teamed up with 15 other 125-pound killers that are about to take TUF’s reputation as the toughest tournament in sports to a new level. At the end of the rainbow is a shot at UFC flyweight champion Demetrious Johnson, and if that’s not intimidating enough, to get there, the winner has to get through flyweight champions from throughout the globe. Sherbatov is prepared for the task in front of him though, and as far as being daring enough to take up that challenge, he’s got a good example in Beterbiev, who has sailed to the top of the light heavyweight division in just 10 fights.

“He (Beterbiev) came in and fought guys with crazy professional experience,” Sherbatov said. “He was a great amateur boxer, but he went in as a professional with no fights and fought guys with more than 10 fights and with winning records and he did amazing. I think it’s all in your head. We’re all talented. I personally worked so much. I did boxing, wrestling, Brazilian Jiu-Jitsu and Muay Thai for so long. How could I not be ready?”

That established, now it’s time for Sherbatov to prove it to the world. And not just that he’s ready for prime time, but that the flyweights are ready too.

“The UFC chose the best fighters from around the world and put them in one house and we did a tournament,” he said. “And we’ll have the chance to execute and show to the world that we’re not just little guys walking around with tank tops. (Laughs) We’re little guys who are talented, technical and strong. We have knockout power, we have great wrestling, we can scramble from situations that heavyweights can’t. And not only that, we have gas tanks that can last for ten days. We have that intensity. We can do backflips in a fight.”

He pauses, then sends a message to the champ.

“Yes, Demetrious Johnson has been unbeatable for so long, but one of us will show the difference. We will stop him, definitely.”