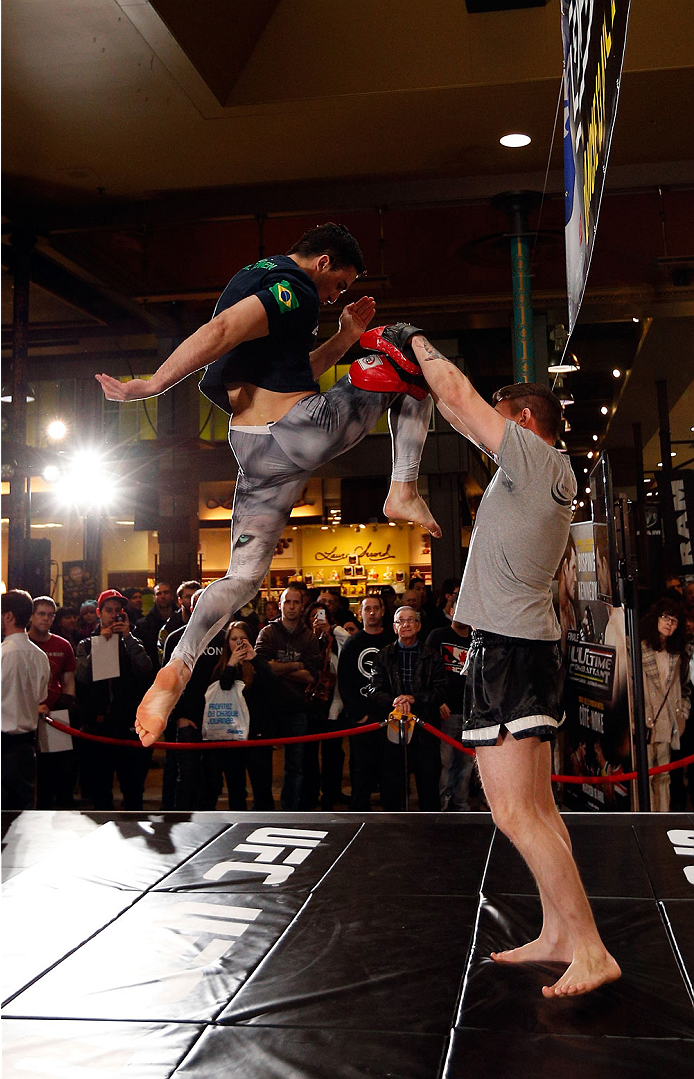 In the fight game, a loss is the most obvious prompt that some things need tweaking. Usually, it’s not a reinvention of the wheel, but an attention to details perhaps overlooked before. Some are physical, others are mental.

Sheldon Westcott, who lost for the first time in seven years last April against Elias Theodorou in the TUF Nations finale in Quebec City, has made his tweaks over the last year, putting him in good stead for his UFC Fight Night match with Pawel Pawlak in Poland this Saturday.

The final one might seem trivial, but it’s not to him.

That’s not to say the 30-year-old has let the second-round stoppage defeat define or obsess him, but he doesn’t want to forget it either.

“If you want to bounce back and you want to go fight, you have to have a short memory, but still to this day, I think about mistakes I made and think about how I’m going to get better and think about where I was in my training camp leading into the Theodorou fight,” he said. “So it’s on my mind, but at some point you have to put it away, and if I keep focusing on Elias Theodorou rather than Pawel Pawlak, I’m gonna overlook Pawel Pawlak, and that’s when you lose fights. And there’s no way in hell I’m gonna overlook this guy. I’m training for this guy like he’s the best fighter in the world.”

Now fighting at his natural weight of 170 pounds, Westcott believes that the UFC world didn’t get to see the best of him the first time around, something he hopes to rectify at Krakow Arena.

Alberta’s Westcott has had plenty of time to get acclimated to welterweight once again, almost too much, as his return to the Octagon in Macao last August against Alberto Mina was scrapped when he came down with a staph infection less than two weeks out from the bout, forcing a hospital stay for over a week in Thailand. After healing up, he was antsy to get back to work. He’s even more antsy now.

“I always have that fire to fight, but now that itch…” he pauses. “I’m just on point, ready to fight.”

So ready that he began his training camp for this fight just days after Christmas. In most cases, that long of a camp would be cause for alarm, but Westcott insists that his team has him ready to peak on Saturday night, and not a month ago.

“I have a really good team around me,” he said. “Shara Vigeant is my strength and conditioning coach and we set up a really good plan so I don’t peak too early. We set my strength and conditioning in three phases so it’s been a building process rather than just trying to kill myself right out of the hop, which you normally do with eight weeks. And with this long of a training camp, as soon as the fight got moved, we went over and did technical stuff again for a while. I did a lot of technical padwork, Jiu-Jitsu and wrestling, and I’m still getting the rounds in, but it’s not at that one hundred percent pace where I peak in six, seven weeks.”

And days away from battle, Westcott is confident that everything that went wrong a year ago won’t this Saturday.

“All the mistakes I made in my last fight, I’m not making them now and I’m making sure that I’m stopping getting into certain positions,” he said. “And when I conceded a couple positions, that doesn’t happen anymore. In my training camp, I’m trying not to lose a minute of a round, let alone lose a round.”

All that’s left is the fight, to crank up Imagine Dragons’ “Radioactive” and become the bad guy for 15 minutes or less as the outsider facing a Polish fighter in Poland. Strangely enough, Westcott says he’s going to enjoy that part.

“I’m really excited about it,” he said. “There’s no pressure. I’m going in and if I’m getting booed, then I’m doing something right. I know that if I’m in a position where everyone’s booing me, that means that I’m close to finishing the fight or the other guy’s getting hurt. (Basketball great) Larry Bird said it the best. He said ‘I love playing at The Garden, I love playing in front of the Boston fans. But the best thing in the world was being away in a close game, I hit a three and the crowd goes absolutely silent. That’s the best feeling in the entire world.’ I can’t wait for after this fight when this crowd goes completely silent after I finish him.”