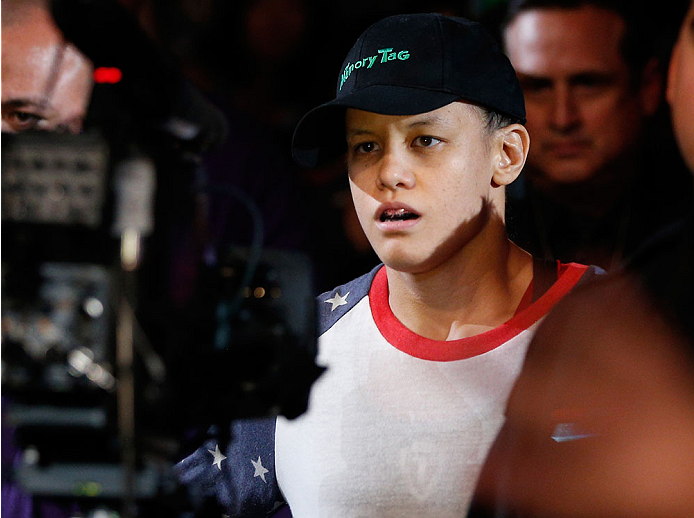 As a pioneer of women’s mixed martial arts, Shayna Baszler assumed she had heard and seen it all when it came to the sport she has competed in professionally since 2003. So as UFC President Dana White spoke to her and the rest of her colleagues competing on season 18 of The Ultimate Fighter, she tuned it out, assuming that White’s warnings weren’t for her.

“At the beginning of the show, Dana says ‘this is a totally different thing; this will be the hardest thing you ever do,’ and I was sitting there like ‘oh, these young kids,’” Baszler laughed. “‘I’ve already fought all my best friends, I’ve already fought on a big stage.’ I kind of ignored it. But it was true. It was a totally different experience. You think you’ve experienced it all, and you haven’t.”

Baszler, who fought her way into the TUF house with a submission win over Colleen Schneider, was upset in her next bout by eventual series winner Julianna Pena. Injuries kept her out of a spot on the season finale card, but she was brought back to face Brazil’s Bethe Correia at UFC 177 last August. Once again, Baszler didn’t get close to what she expected, getting stopped in the second round of a fight in which she barely resembled “The Queen of Spades.”
“It was kind of the same thing,” Baszler said. “I thought I had experienced it all, and I hadn’t.”

It wasn’t just the bright lights of the Octagon or the added media spotlight that goes along with a main card spot on a UFC Pay-Per-View event, though that did play a role.

“I had put a lot more pressure on myself than there had to be,” she said. “Of course there was the whole Four Horsewomen storyline thing going on and I think it finally being my UFC debut, I put all this pressure on myself to perform and I just wasn’t relaxed. You always hear Dana talking in press conferences, saying that you can have the most experience but when you step in here, it’s a different animal. And I created that for myself.”

Yet it was an old friend and coach – former UFC heavyweight champion Josh Barnett – who truly whittled the performance down to its most basic level and let Baszler know what happened against Correia.

“I think I was letting other people dictate what my goals should be in this sport, whether that’s other fighters or fans,” she said. “They think if you’re in the UFC, you should be a certain way and it’s never been that way for me. So to suddenly turn it into that, it wasn’t something that I owned. After that fight, Josh had a talk with me and said that it’s okay to not have those goals and be a certain way because everyone thinks that’s what UFC fighters should be and if you’re not, then get out. Why was I fighting in a barn in South Dakota? That should be the same reason I’m fighting in the UFC. And as soon as it changes, that’s where things get screwed up, and that’s proof of it. I was trying to convince myself that this is what I always wanted anyway. This is what it should have been all along, and finally now, I’m doing it. When really, I was doing exactly what I wanted all along. Josh said ‘you would be doing this whether there was a UFC or not, so why make it about the UFC?’” 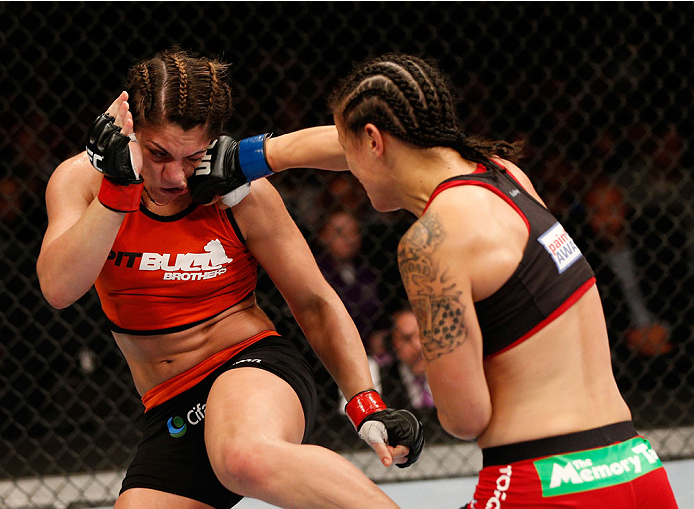 Back in those early days, Baszler, who returns to the Octagon Saturday in Rio to face Amanda Nunes, fought for the love of the game. Not that there was any other option, considering that paying gigs were few and far between, especially for women. So she would take bouts on an hour’s notice, or fight someone who wasn’t matched with her, but who signed up for a fight on a sheet when the doors opened. Back then, it was far from glamorous, but the 34-year-old South Dakota native looks at those days fondly.

“I think about it all the time,” she said. “It’s not that I don’t like what’s happening today. But sometimes I feel bad that the kids coming up don’t know how it was. There was no building your record. It was like ‘oh, a fight? Yeah, sweet.’ I fought girls that were 180 pounds because I don’t know when the next time I’m going to get a fight is.”

Baszler recalls a recent visit to the Invicta FC show in Los Angeles the night before her teammate, Ronda Rousey, defended her bantamweight title against Cat Zingano. She saw cameras, press, commission members, all things that weren’t around for women when she was starting out.

“I said ‘remember the old days, when nobody knew how to wrap their hands,’” she laughs. “You were just throwing tape on there because you saw somebody do it.”

“You don’t know how special it was just to fight.”

More than 11 years after that first pro bout, Shayna Baszler is remembering how special it was – and is. 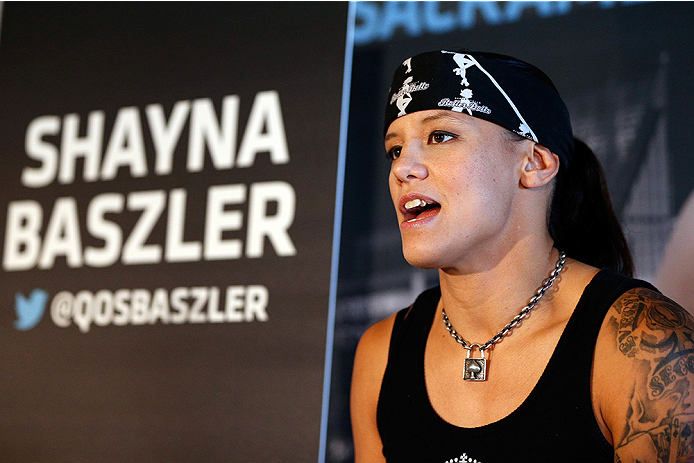 “It was a never thing like ‘okay, I’m going to fight because I want to do this for a living and I want to be really famous,’” she said. “I just wanted to prove something to myself and to the doubters.”

When she speaks of doubters, Baszler isn’t referring to the Twitter warriors banging out 140 characters of derision at a steady clip. The doubters back then were the ones saying that having an alleged 300-0 record in street fights was sufficient to defeat a trained martial artist. Those days are long gone, but there are still things to prove in the Octagon.

“I’m in this environment where everybody trains,” she said. “So now it’s ‘this is what catch wrestling is; I am the history of this sport now.’ It’s more to make a statement in that way than to prove anything else. I never said ‘I’m going to be a UFC champion one day.’ Would I love to be champ? Sure? Would I take the opportunity? Yes. Do I want to be the best? Of course. But that was never the goal at the beginning, so as soon as I replaced the real root of the reason why I fight with ‘I’m in the UFC now, I have to get the belt,’ it changed and I didn’t own it. It wasn’t my cause.”

Baszler’s roots are strong again, and when asked if there are still things that inspire her to fight, she answers immediately.

“Yes. And that’s why I know I’m not done.”
> Check out the full UFC Fight Night: Maia vs. LaFlare fight card