Go inside the fight camp of UFC 166 heavyweight Shawn Jordan... 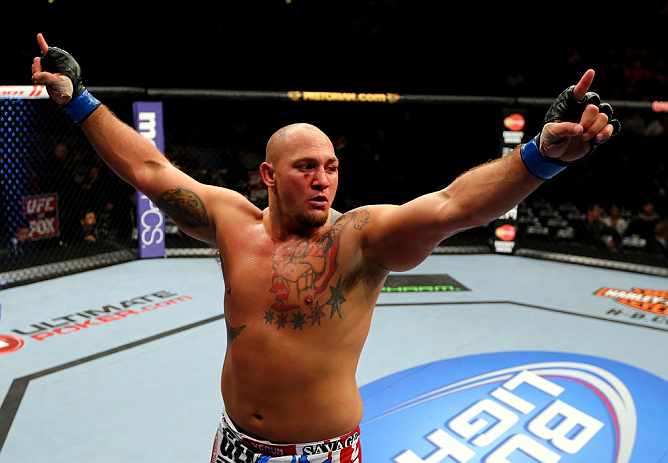 Heavyweight Shawn “The Savage” Jordan (15-4) is on a two-fight KO streak heading into his showdown against submission expert Gabriel  Gonzaga (15-7) on Oct. 19 at UFC 166.

Jordan, a powerful 260-pounder and former Louisiana State University fullback, has accepted that the pressure to perform is there—but he’s not allowing it to dominate him.

“It’s a stressful sport, but some guys get so wound up in preparation that they over-prepare and stress themselves out," he says. Spending eight or nine weeks eating and sleeping MMA can do that to fighters who haven’t fine-tuned their mental approach to the sport.

Here, Jordan explains how he balances off-time, go-time and intellectual analysis in his camp.

“Gonzaga is an experienced fighter, so I know he’ll be ready,” he said. “I’m training for everything because that way, whatever way the fight goes, I’ll be comfortable.”

That's a tall order, as Gonzaga holds a black belt in Brazilian jiu-jitsu and has proven his boxing, Muay Thai and wrestling skills. But something that has always set Jordan apart from his opponents is his degree in kinesiology—the study of the body mechanics and movement. That gives Jordan added insight into both his opponent's game and his own.

“The whole idea of watching film is to identify tendencies and patterns,” says Andy Hennebelle, NASM-CPT, CSCS, USAW, a TRX Ripped trainer at the UFC Gym in Corona, Calif. “You’re studying the kinesiology, the movement, of that person. And if you can evaluate the biomechanics of another athlete in the same way you can analyze yourself, you’ll be able to see hitches in their style that you might be able to use against them.” 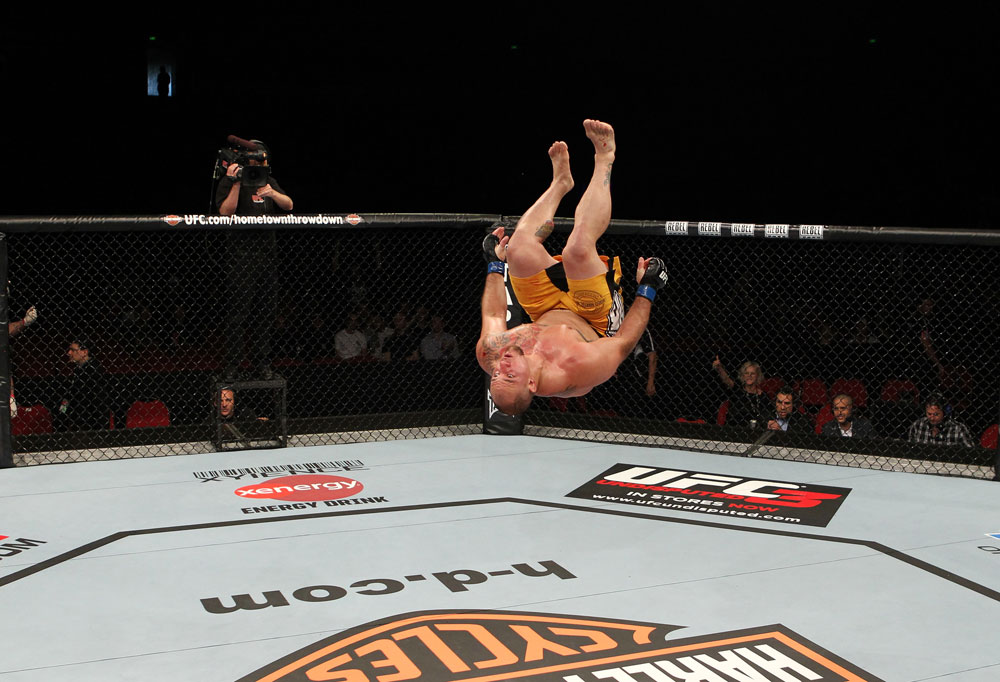 “The mental recovery is more important at times
than the physical recovery,” Jordan explains. “We fight, but you need to
take time to mentally shut down for a while and relax. Sometimes I just
want to get away from [the stress], wind down, and not worry about
having to compete.”

Reading, spending time on the beach, and
getting wrapped up in a television series are three of Jordan's go-to
relaxation methods. “I’ll find a TV show that’s been on for four or five
seasons, and I’ll just watch it in my spare time to keep my mind off of
fighting.”

The right amount of downtime means that when Jordan is in the gym, he's energized and 100% focused. 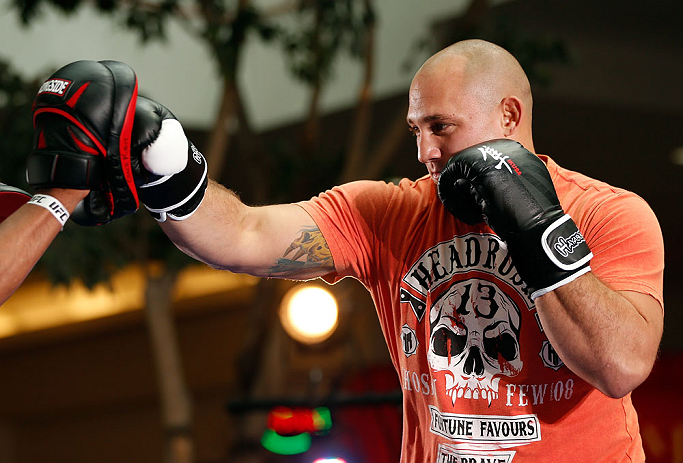 Since trading in his LSU helmet for a pair of MMA gloves, Jordan’s approach to training has undergone a drastic transformation. “Football training is explosive, low reps, and a lot of weight,” he says. “MMA training is low weight, more reps, and more balanced—it’s not just all power work. Also, MMA is training for five 3-minute rounds, whereas football you go for a 10-second burst and then 40 seconds to recover.”

Jordan’s training consists of three sessions per day, with a typical fight-camp workout being structured in this fashion: