"I fought some tough fights up to now, and I’ve beaten some really
talented heavyweights, but I’m on the fringe right now, and this fight
really is very important for my career." - Shawn Jordan

While former football players-turned-professional fighters Matt Mitrione and Brendan Schaub were thrust into the heavyweight conversation as a result of their inclusion on Season 10 of The Ultimate Fighter, Shawn Jordan has crept in the back door.

Unlike his gridiron brethren, Jordan didn’t get a multi-week introduction to the UFC audience or early access to prime real estate on televised fight cards right out of the gate. Instead, the former LSU fullback migrated to the UFC from Strikeforce with a 12-3 record and very little fanfare, landing opposite former British strongman Oli Thompson as half of the “curtain jerker combo” for the March 2012 UFC on FX fight card in Sydney, Australia.

Not only were they given the task of opening the show, but they were also the only bout that wasn’t scheduled for broadcast. No Facebook. No FUEL TV. In professional wrestling parlance, this was a dark match that only the people in the Acer Arena were initially going to be privy to.

But then Jordan overwhelmed Thompson with a flurry of offense late in the second round. His performance – including his perfectly executed celebratory backflip – found its way onto the preliminary card broadcast. His profile was on the rise, and he was thrust into the spotlight when 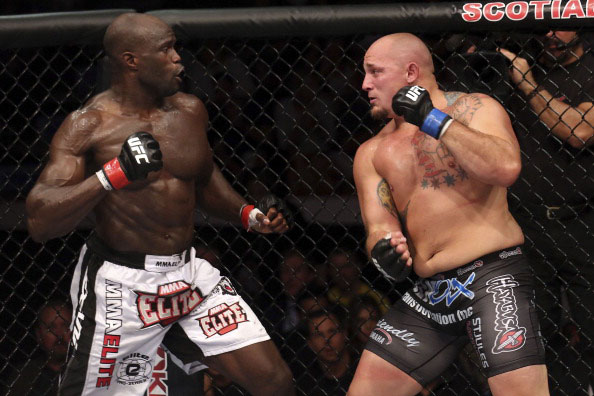 he agreed to step in for an injured Antonio Rodrigo Nogueira opposite Cheick Kongo at UFC 149 in July of last year.

It was too good of an opportunity to pass up, but one that the 28-year-old known as “The Savage” wasn’t prepared for. Despite playing in in front of deafening crowds in some of the biggest stadiums in college football, the UFC neophyte froze under the bright lights of the Pay-Per-View broadcast, pairing with the perennial fringe contender to deliver the least exciting bout of an ultimately forgettable event.

In one slow, uneventful 15 minute span, the chance to catapult himself into the upper echelon of the heavyweight division had come and gone, escaping his clutches like a swing pass that ends up hitting the turf on a crucial third and short.

Despite a pair of wins since his deer in the headlights moment in Calgary, Jordan admits the memory of his performance still courses through his brain before every fight, and that it nearly cost him when given a chance to redeem himself against Mike Russow six months later.

“After Cheick Kongo, I fought Mike Russow, and then I went to (Pat Barry). In both fights, I was still stressed out, like `Don’t choke. Don’t freeze up. Don’t freeze up,’ so much so that when I fought Mike, I froze up the first half. During the first round, I took a beating because I was sitting there; I wasn’t fighting. I was surviving, and I was landing some stuff, but he was beating on me.”

The affable heavyweight laughs at the recollection, able to find humor in his first round struggles 10 months after the fact. It’s certainly helps that he came out and finished the fight in the second round as well.

“I sat down, came back, and started competing again, and that’s the nature of the sport. Unfortunately, if you don’t get out of the slump or the mindset, it can be overpowering, especially at this level.”

If he experienced any of those feelings in his next fight, it certainly didn’t show, as Jordan needed just 59 seconds to dispatch fellow Louisiana native (and good friend) Pat Barry. Just as he did against Thompson and in the second round of his bout with Russow, the emerging heavyweight showed flashes of elite potential – the same kind of speed, power, and athleticism that garnered Mitrione and Schaub prospect buzz coming off The Ultimate Fighter, perhaps even more.

On the heels of his back-to-back victories, Jordan is back where he was prior to the Kongo fight, heading into a matchup with veteran heavyweight Gabriel Gonzaga on the Pay-Per-View portion of UFC 166 with a place in the divisional Top 10 and higher profile opportunities likely awaiting the winner.

The similarities are obvious to Jordan, and unlike last time, he’s far more prepared for what awaits him when he shares the cage with “Napao” in Houston.

“I thought about it more since the Cheick Kongo fight – that this is another big stage, big opponent, big fight. It’s a big opportunity for me in my career. Early on, I kind of got a little nervous about it, like, `Am I going to come out and freeze up again?’ But I think I’ve started to allow myself to prepare for that mentally.

“I fought some tough fights up to now, and I’ve beaten some really talented heavyweights, but I’m on the fringe right now, and this fight really is very important for my career – it’s the one where I can break into the Top 10, and be up there with all those guys.”

Learning from the Best

In order to give himself the best opportunity to keep his winning streak intact and take the next step in his career, the talented up-and-comer has stopped splitting time between two elite camps, opting instead to move to Coconut Creek, Florida and work with the collection of fighters and coaches at American Top Team on a full-time basis.

“I came from Jackson’s gym before,” begins Jordan, who spent the early stages of his UFC career honing his skills in Albuquerque, New Mexico. “Coach Greg and Coach Winkeljohn were masterminds in their own right, so I’m really comfortable with the way my coaches handle things and the advice they give me here. 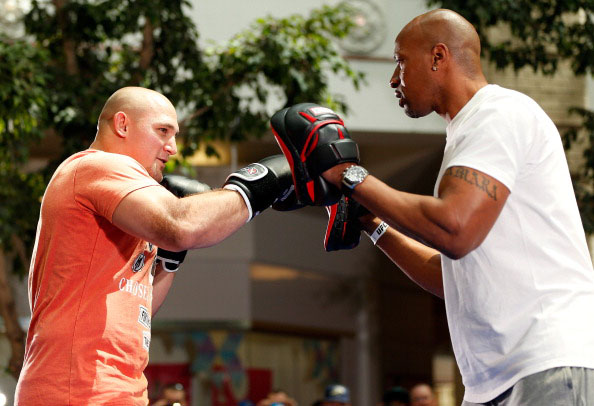 “They have a real good grasp on giving different looks and stuff, “ he continued, adding that when you strip away the geographic location and name on the front of the building, his focus for every training camp is always the same.

“Camp is camp – you come in here, you train, and you put yourself in as many bad positions as you can during training with really talented guys that can control you when they’re on top of you. You get your body in the best shape you can possibly be in, and then mentally, be prepared as much as you can.”

Though he has the utmost respect and reverence for his former coaches in New Mexico – and tries to get back there whenever he can – part of the allure of making the permanent move to ATT was the ability to spend countless hours on the mats with an athlete who is a former Olympian, two-time NCAA national champion, and one of the best heavyweight prospects in the sport all rolled into one.

“One of my main training partners is Steve Mocco, who is one of the best heavyweight wrestlers ever,” says Jordan of the 31-year-old who has started his MMA career with three consecutive victories. “There is a new kid that came into town too by the name of Juan Espino – he’s another 6’4”, 290-pound guy that is a great grappler, so I’ve had good training partners to work bad positions with.”

More than anything though, Jordan knows that it is the habits instilled in him during his football days that have helped him make the rapid ascension up the heavyweight ranks, and delivered him to the brink of contention sooner than some might have expected.

“I think a lot of the reason I’m pushing forward so fast and so hard is coming from (playing football),” he explains.  “You train year-round, you push yourself, and you’re kind of self-motivated – you have to keep pushing and finding ways to improve. I think that background coming from football where you’re competing with such great guys every day, working your butt off, trying to get better, that helped speed up my progress in this sport.

“I’ve taken fights that I shouldn’t have taken early on, but that’s what you do – you train and you fight, and I always want to take the biggest fights that I can.”

The first time Jordan reached this point, he wasn’t prepared – it came too fast, and the moment 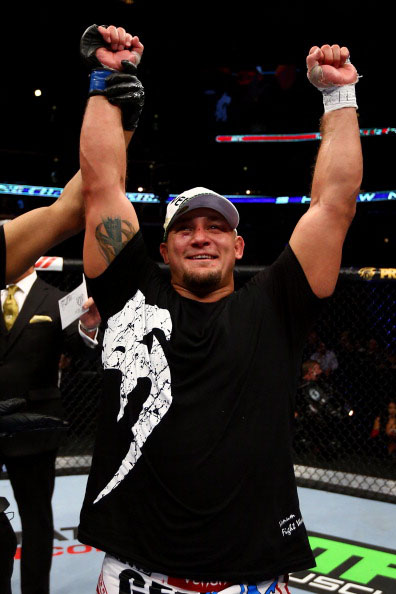 But it also strengthened his resolve and drove him back to the gym, determined to get better, and focused on making sure that things would be different the next time around.

The next time has arrived, and this time, “The Savage” understands the magnitude of the moment, and is eager to get back in the cage and see if the second time plays out more favorably than the first.

“This is another really big fight for me; it’s real important. We’re in this sport to make money – to provide for our families and take care of things – so this is real important because the better I do, the more chances I’m going to have to make better money. It’s kind of like a career changer – it’s another step up in competition, so I need to come out and win.

“(Gonzaga) is another big heavyweight that wants to throw hard, but a lot of the time he wants to take you to the ground and try to finish you that way, so we’ll see how it goes. I think he’ll probably try to bully me around a little bit, but we’re still going to end up trading, and see who comes out on top.”