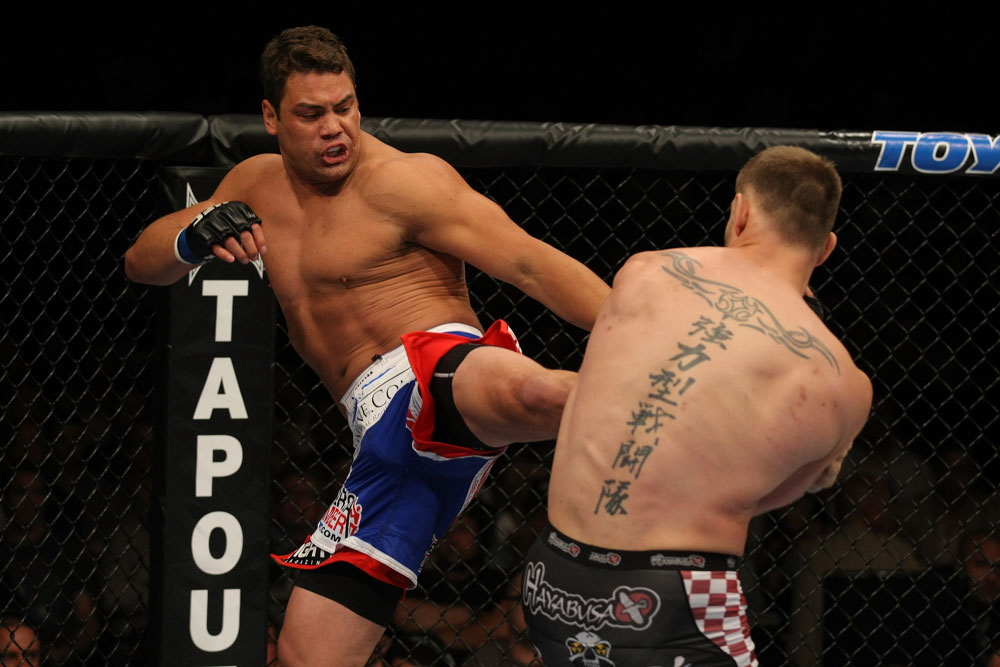 I can’t say I knew Shane Del Rosario like his family and friends did. I interviewed him a few times, got his UFC bio material in order, and even tried to find him and good buddy Ian McCall a swimming pool to use in Las Vegas once, to no avail.

But despite this, even if you spent 10 minutes with him, you got a good sense of his character, his good nature, his ability to find the good in the worst of situations.

Shane passed away at the age of 30 today, a little less than two weeks after going into cardiac arrest on November 26th from what doctors believed to be a congenital heart disorder. It was too soon for a young man with so much life left to live, especially when he already cheated death once after being blindsided by a drunk driver in an April 2011 car accident.

When talking about this, he could have easily – and understandably - had a “woe is me” attitude for losing a year of his fighting prime and almost his life, and at the very least, he could have refused to talk about the worst year he ever had.

But he did none of those things.

“It could have been a lot worse,” he told me before his UFC debut against Stipe Miocic in May of 2012. “I could have died. But the biggest way I put it in perspective is that I have a lot of friends battling cancer right now or that have lost to cancer, and I think yeah, I was in a bad car accident and was about to have a big year and make a name for myself by fighting big guys in the MMA game, and I had that all taken away, but I’m not going through chemotherapy, I’m not searching for a bone marrow transplant, and I’m not fighting for my life. I’m just trying to get back to fighting.”

If that gives you chills reading that, you’re not alone. Del Rosario was a victim in a horrific accident, went through a grueling rehab for several herniated and bulging discs in his back, and wondered at times if he would ever fight again, telling me “There were some times when I was thinking ‘am I ever gonna be who I was before.’” But through it all he was thankful for what he did have, deflecting any thoughts of pity away with his positive attitude and attention to those who had it worse than he did.

“You can focus on the bad things in life and really let it eat away and make things worse, or you can put things in perspective and really see what’s going on in the big picture. And most of the time, you’ll find that you’re not doing too bad.”

That’s who Shane Del Rosario was. Yes, he was a helluva fighter, winning 11 of 13 pro MMA bouts as well as the WBC Muay Thai world heavyweight championship, but everyone mourning his passing isn’t upset at the end of a fighting career; they’re mourning the loss of a young man who put a smile on the face of everyone he encountered, and the more I think about it, whether you knew him for 30 years or 30 seconds, when you ran into Shane Del Rosario, you really did know him.

That’s a legacy we should all want to leave.