Seungwoo Choi Is Taking It Step By Step

Featherweight SeungWoo Choi Wants To Be Champion One Day, But Right Now He Is Only Focused On The Task At Hand
By Maddyn Johnstone-Thomas, On Twitter @MaddynThomas • Jun. 10, 2022

SeungWoo Choi isn’t rushing his rise to the top of the featherweight division. He’s a simple man, one that likes to have a plan and take things as they come.

“I know there are a lot of good fighters in featherweight, but I want to be in the Top 10,” Choi told UFC.com ahead of his bout against Josh Culibao at UFC 275. “The champion is obviously my final achievement, it is what I want, so I want to take it step by step.”

The 29-year-old featherweight has won three of his last four, dropping his last fight to Alex Caceres in October. Prior to that fight, Choi claimed victories over Suman Mokhtarian, Youssef Zalal and Julian Erosa. He knocked Erosa out at 1:37 of the first round, which sent him home with a $50,000 bonus.

When he prepares for a new opponent, Choi studies them and creates a strategy around their fighting style. However, he went back to the drawing board after suffering the defeat against Caceres. He believes it will make him a stronger fighter this time around. 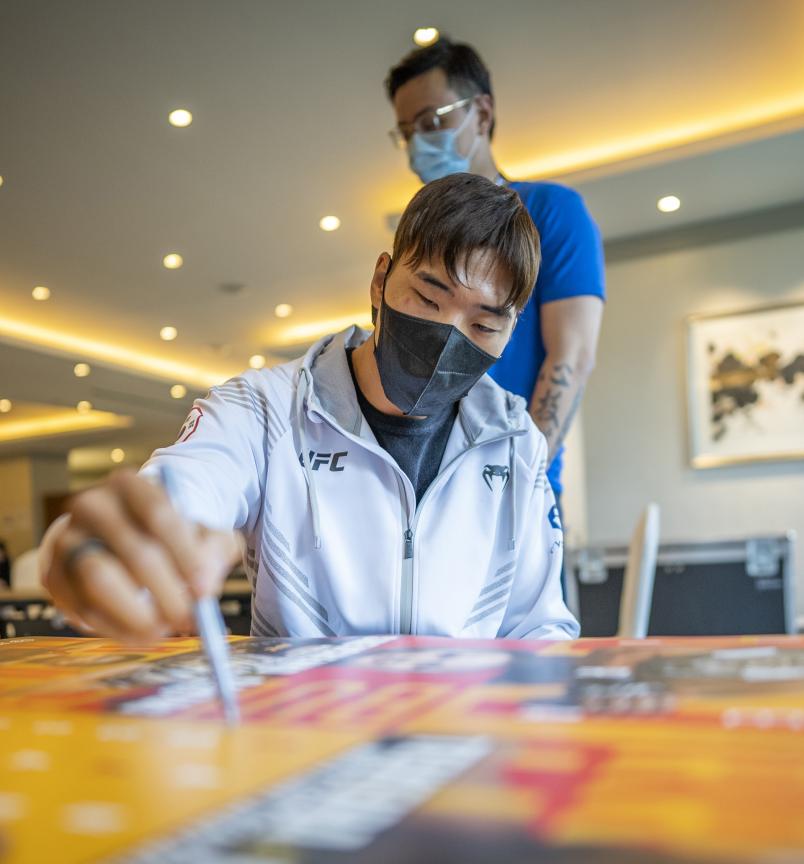 The UFC was in Singapore back in 2019. The fights took place at Singapore Indoor Stadium and Choi was also in the arena but wasn’t competing.

He is looking forward to actually fighting this time around.

“I’ve been at previous UFC Singapore fights before as a corner,” Choi said. “This is the third time I’ve been here as a fighter. I already like this country and I can fight on the first pay-per-view card in Asia, so I’m very proud of that.”

Choi enjoys how clean Singapore is and even the hot, humid weather that comes along with it. He recalled how loud people were cheering for the fighters and is excited to have that same thing happen for him tomorrow.

He’ll be making the walk against Culibao, who is searching for his second win in the UFC after defeating Shayilan Nuerdanbieke over a year ago. The Australian has earned five wins by knockout and three first-round finishes since beginning his professional career in 2016.

“I think my opponent is a very good fighter; I respect him, I respect all the fighters,” Choi said. “My opponent has a good reach and good footwork, but I still have confidence on the ground and in my striking.

“I think I am a well-rounded fighter in all of the aspects. I will show everything I want, like striking, wrestling, BJJ. Also, my stamina and mental game is much stronger than my opponent.”

With how stacked the featherweight division is, a victory this weekend could help Choi separate from the middle of the pack and move up with higher talent. Although, like many fighters, he isn’t focused on the end result right now; he is just going to follow his plan.

“I always focus on each fight and take it step by step, and this fight is the same. I want to take this opportunity for my career. I will take this win first and then go on for the next ones, and finally get my belt.”