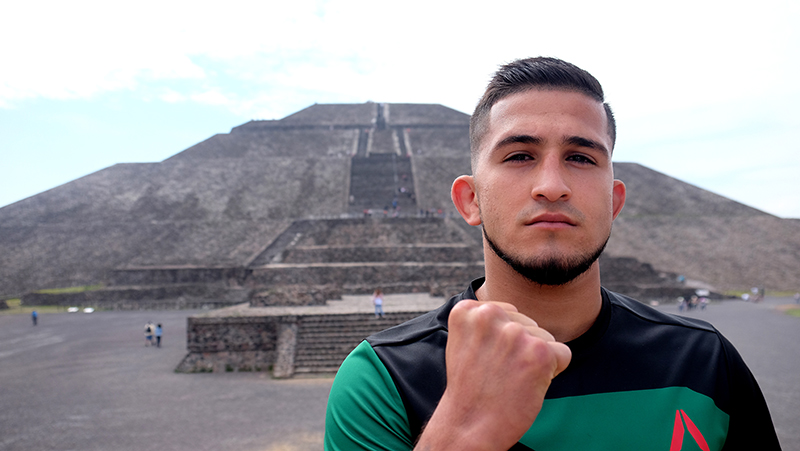 Think about having the winning numbers for the lottery, only to find out your ticket was for the wrong day. That’s similar to the feeling Sergio Pettis had on May 10, when Henry Cejudo was forced out of their UFC 211 bout due to injury, leaving Milwaukee’s Pettis without a chance to score the biggest victory of his career and perhaps secure a shot at Demetrious Johnson’s UFC flyweight title.

“I was three days away, only had four pounds to make weight, everything was going smooth,” said Pettis, who returns to the Octagon this Saturday to headline the UFC Fight Night card in Mexico City against Brandon Moreno. “I was completely healthy, and it was an opportunity against a big name.”

The timing was perfect for the Milwaukee native, who had won three straight while showing the best form of his career. But in combat sports, nothing is ever perfect, so Pettis was forced to leave Dallas without a fight. Luckily, opportunity knocked again, and Pettis took it. 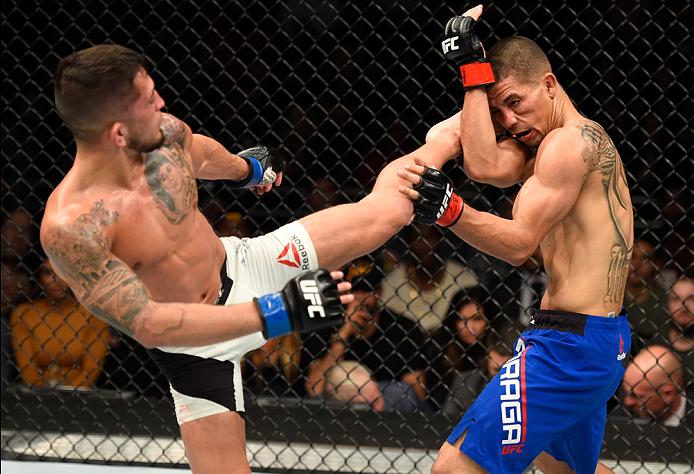 “Everything happens for a reason,” he said. “I’ve got a new objective and the main event in Mexico City, so I think it was a blessing in disguise. I think this fight is gonna bring me out of my shell and I’ve gotta go against a kid around my age who’s as hungry as I am, so I think we’re gonna bring the best out of each other.”

At 23, Pettis and Moreno are two of the youngest contenders in the sport, and two of the most talented. After they battle it out for a possible 25 minutes this weekend, we are likely to see someone that will challenge the winner of September’s title fight between longtime champion Johnson and challenger Ray Borg, and maybe even more interesting is the possibility that this isn’t the last time we see Pettis and Moreno meet in the Octagon.

Being at the top is the destination Pettis was seemingly destined for. The brother of former UFC lightweight champion Anthony Pettis, Sergio was anointed the next big thing even before his Octagon debut, and once he arrived in 2013, the hype train kicked into another gear.

But there would be growing pains since he wasn’t jumping off cages and producing highlight reel finishes every time out. Yet after a 3-2 start, he has beaten Chris Cariaso, Chris Kelades and John Moraga and has earned the number six spot in the flyweight top 15.

His secret? A maturity that not too many 23-year-olds have. For proof, just check his Twitter account, which has no activity since October of last year. He’s a bit more active on Instagram, but not the 20 posts a day kind of active most people his age are. 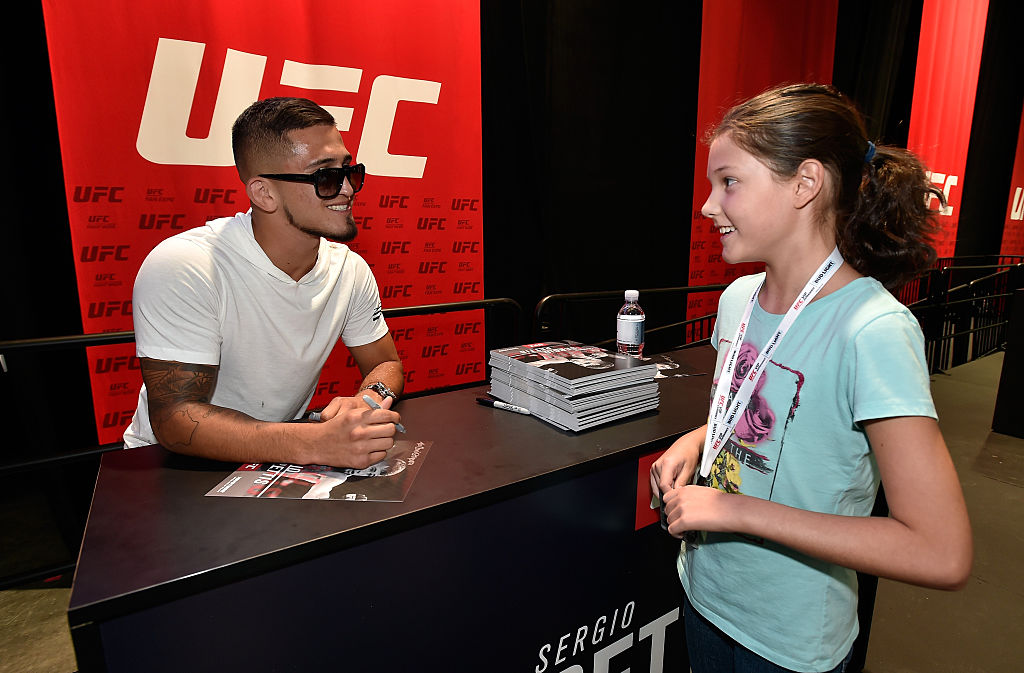 “I use my phone, but I use it as a study tool,” he said. “I’m really addicted to the lifestyle. I’m addicted to training and that’s what I’m doing most of the time, especially when I have a fight coming up. For two months, I’m dedicated completely to my fight.”

So where does that come from? He credits his older brothers.

“I grew up hanging out with my brothers and got a little more mature at a young age,” Pettis said. “I also lost my father at a young age, so it made me see life a little differently and mature as well. I’m not on social media as much, which I probably should start doing (Laughs), but right now I’m focused on the goal and the goal is to be a champion.”

He can move a step closer with a win over Moreno, and he believes this main event is the perfect way to get ready for “Mighty Mouse.”

“They’re trying to promote Brandon and myself and we got the main event fight, so this is definitely preparation,” he said. “We’re both prepping for a five-round fight and I believe this is the next step to the title shot. This is prepping me for the “Mouse” and going against DJ. I’m trying to get to that level.”