The Latest Round Of UFC Hopefuls Go For The Glory Tuesday Night In Las Vegas.
Aug. 2, 2022

Following last week’s season debut and the pointed, passionate message shared by Dana White about what he’s looking for on Tuesday nights, five more sets of hopefuls descended upon the UFC APEX looking to impress the UFC President and matchmakers Sean Shelby and Mick Maynard in Season 6’s second week.

It’s pretty clear that the message was received.

From the opening bout of the evening through the breakneck pace of the main event, all five pairs of competitors that stepped into the cage this week left everything out there, resulting in four stoppages, three in the first round, and a whole bunch of contracts being handed out.

Headliner Chris Duncan joined Joe Pyfer in being the second headliner and DWCS sophomore to score a knockout victory and earn an invite to join the UFC roster. Making the move to the big show alongside the heavy-handed Scotsman are welterweight Billy Goff, heavyweight Waldo Cortes-Acosta, unbeaten featherweight prospect Francis Marshall, and Brazilian flyweight Vinicius Salvador.

It’s the first “Everybody Gets a Contract” night of the season and with very good reason!

Here’s how all these victorious fighters punched their tickets to the Octagon.

Chris Duncan defeats Charlie Campbell by KO (right hand) at 1:43 of Round 1 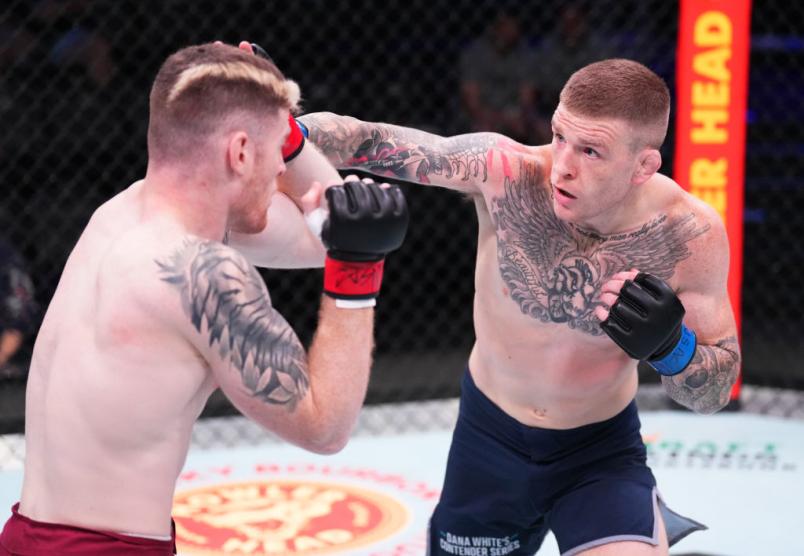 Just when it seemed like the Scottish lightweight was on the brink of being finished by Charlie Campbell, Duncan unloaded a right hand down the pipe that sent the LAW MMA representative crashing backwards to the canvas. 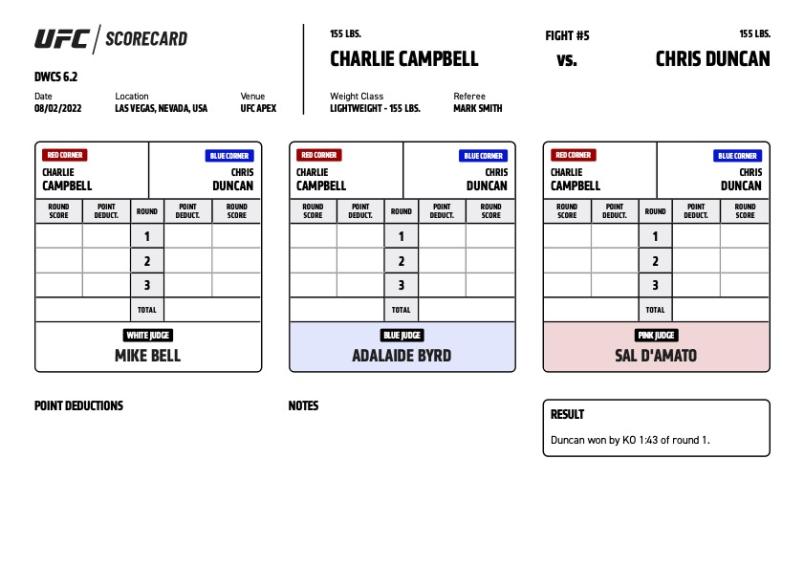 The follow-up blow put him out completely, and sent Duncan into celebration mode.

This was a wild way to finish out the night and a massive comeback win for the heavy-handed Scotsman. After landing on the opposite end of a finish last season versus Viacheslav Borshchev, Duncan could join him in the UFC with this effort.

Vinicius Salvador defeats Shannon Ross by TKO (punches) at 4:22 of Round 2

Vinicius Salvador has nasty power for a flyweight.

The Brazilian, who trains alongside ranked UFC competitor Amanda Ribas, dropped Shannon Ross twice in the opening round, and right when it seemed like the Australian was mounting a comeback in the second, Salvador put him down again, closing things out with one final right hand.

Salvador has tremendous size for the division and a flashy, exciting style, fighting with his hands down while calling his opponent in for more. It seemed like it was going to backfire, but just as Ross started finding a home for his right hand, Salvador showed the power that has carried him to a 100 percent finishing rate.

Dana White was so impressed with his contest that he made his way into the Octagon to congratulate both men. 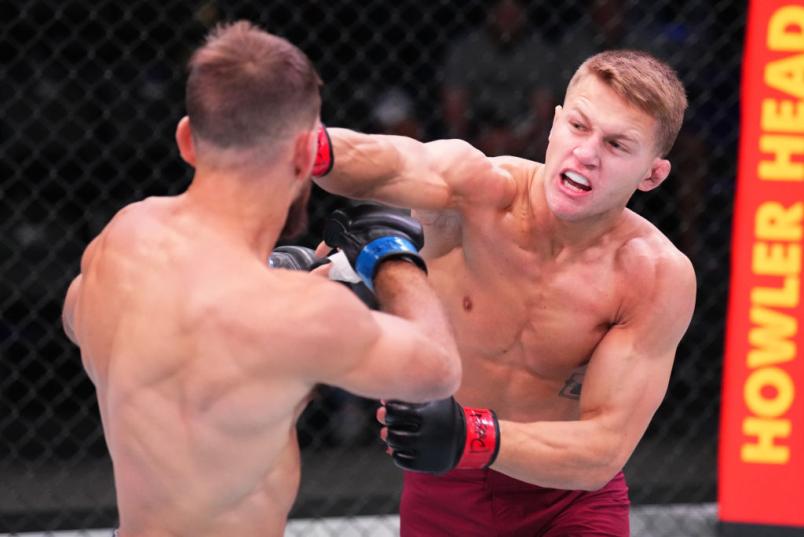 Francis Marshall and Connor Matthews spent the first three minutes of their featherweight matchup in a human game of Rock’em Sock’em Robots, but once they got settled in, it was all Marshall.

The Kurt Pellegrino protege found his range midway through the opening stanza and dominated the second half of that frame before continuing the onslaught in the second, bashing Matthews with clean, technical strikes before depositing him on the canvas and landing short shots that busted up the U.S. Air Force veteran. 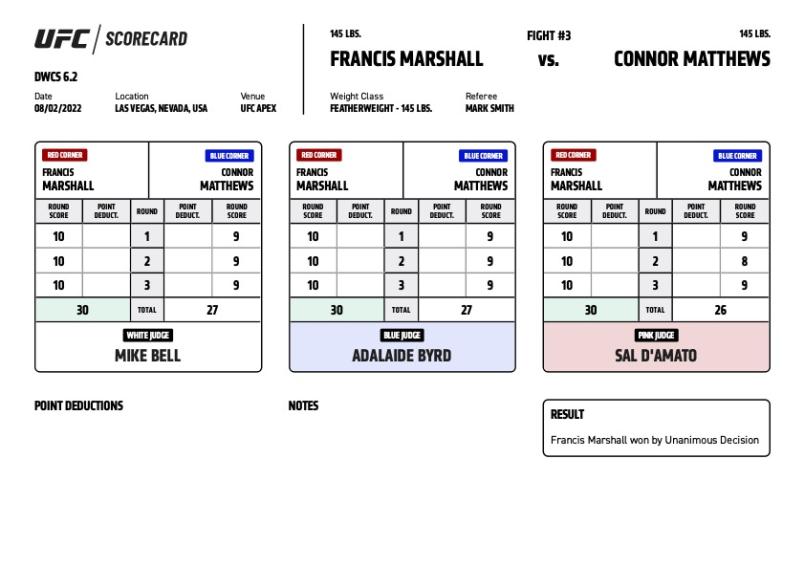 Marshall couldn’t put Matthews away, but he continued to piece him up throughout the third, leading to a clean sweep of the scorecards and a sixth straight victory to begin his professional career.

While it wasn’t a finish, this was a solid one-sided showing against a previously unbeaten fighter who would not go away, and the kind of effort that will elevate Marshall’s stock going forward.

Waldo Cortes Acosta def. Danilo Suzart by TKO (punches) at 3:40 of Round 1 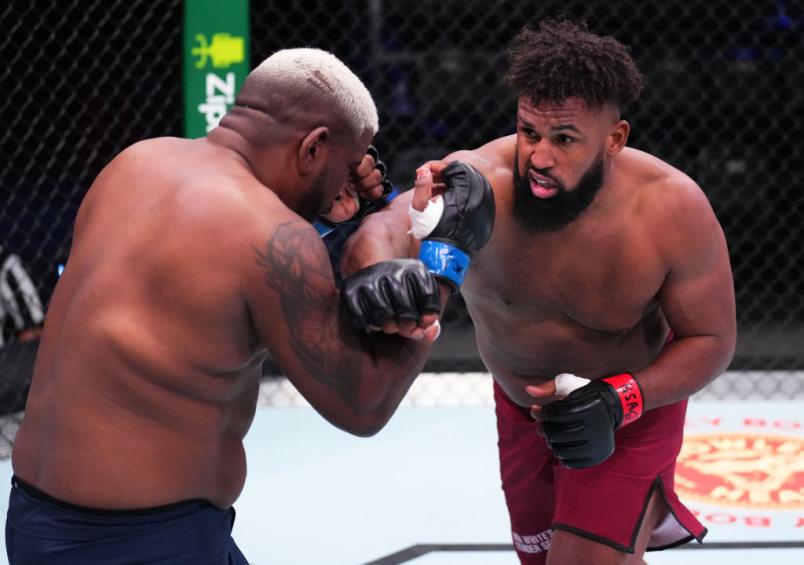 In the first heavyweight fight of the season, former minor league baseball player Waldo Cortes Acosta showed off his fastball, slinging right hands at Danilo Suzart from Jump Street, ultimately earning the stoppage with a hail of unanswered blows along the fence.

Both men came out firing big shots, looking to land a walk-off blow that secured them a contract. Cortes-Acosta quickly established himself as the superior talent, backing Suzart into the fence with a series of big right hands before opting to clinch up and gather his energy. 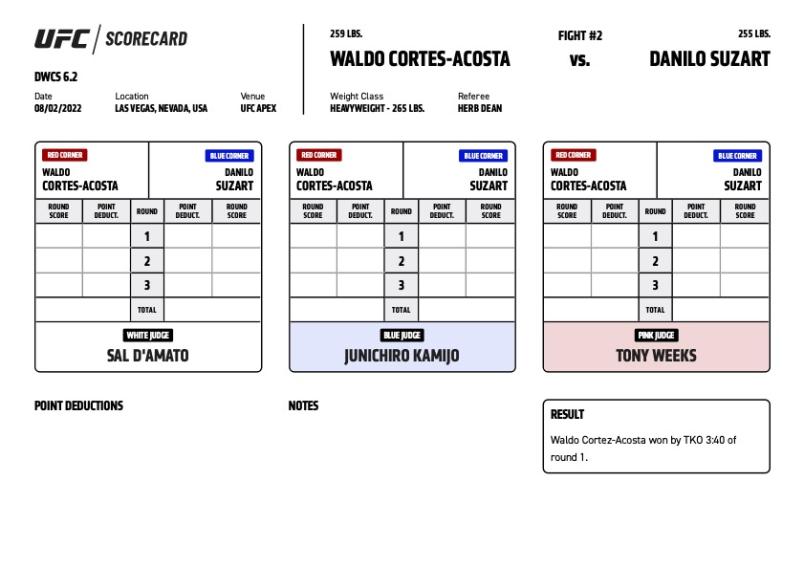 When they broke off the fence, the heavyweight from the Dominican Republic opened up again, dropping an off balance Suzart with a right hand to the temple, chasing him to the ground and pounding out the finish.

This was a big showing for the LFA heavyweight champ, who advances to 7-0 with the victory. 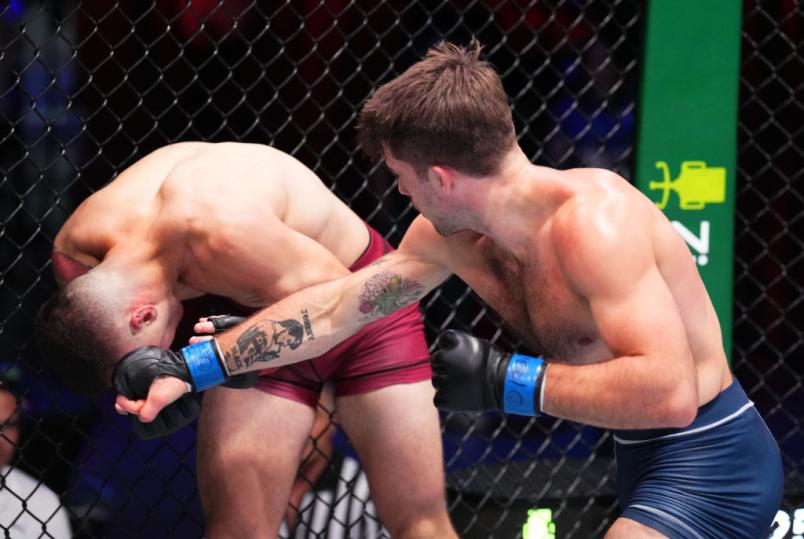 Billy Goff kicked off Week 2 with the best comeback in Contender Series history.

Within 15 seconds of the start of his fight with Shimon Smotrisky, Goff ate a left high kick that put him on the canvas, and for the first half of the round, it seemed like the two-weight CES titleholder was on his way to having his winning streak snapped. 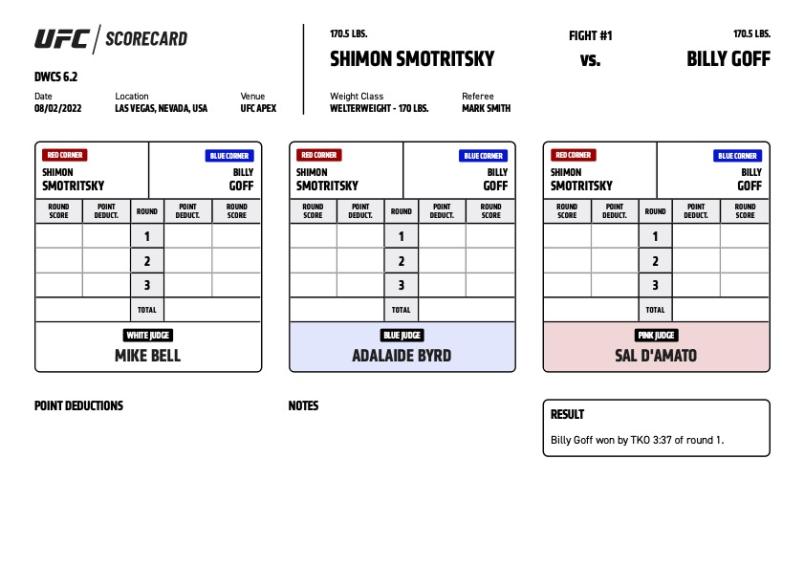 But after getting back to his feet and shaking out the cobwebs, Goff started finding some success. As soon as he started landing, Smotrisky began backing up and the 24-year-old never let off the gas, upping the pace and the output to get the returning Israeli fighter out of there in less than four minutes.

Now riding a six-fight winning streak that includes three wins over Contender Series alums, Goff moves to 8-2 with the victory and can take pride in getting Dana White out of his seat in the first fight of the night.