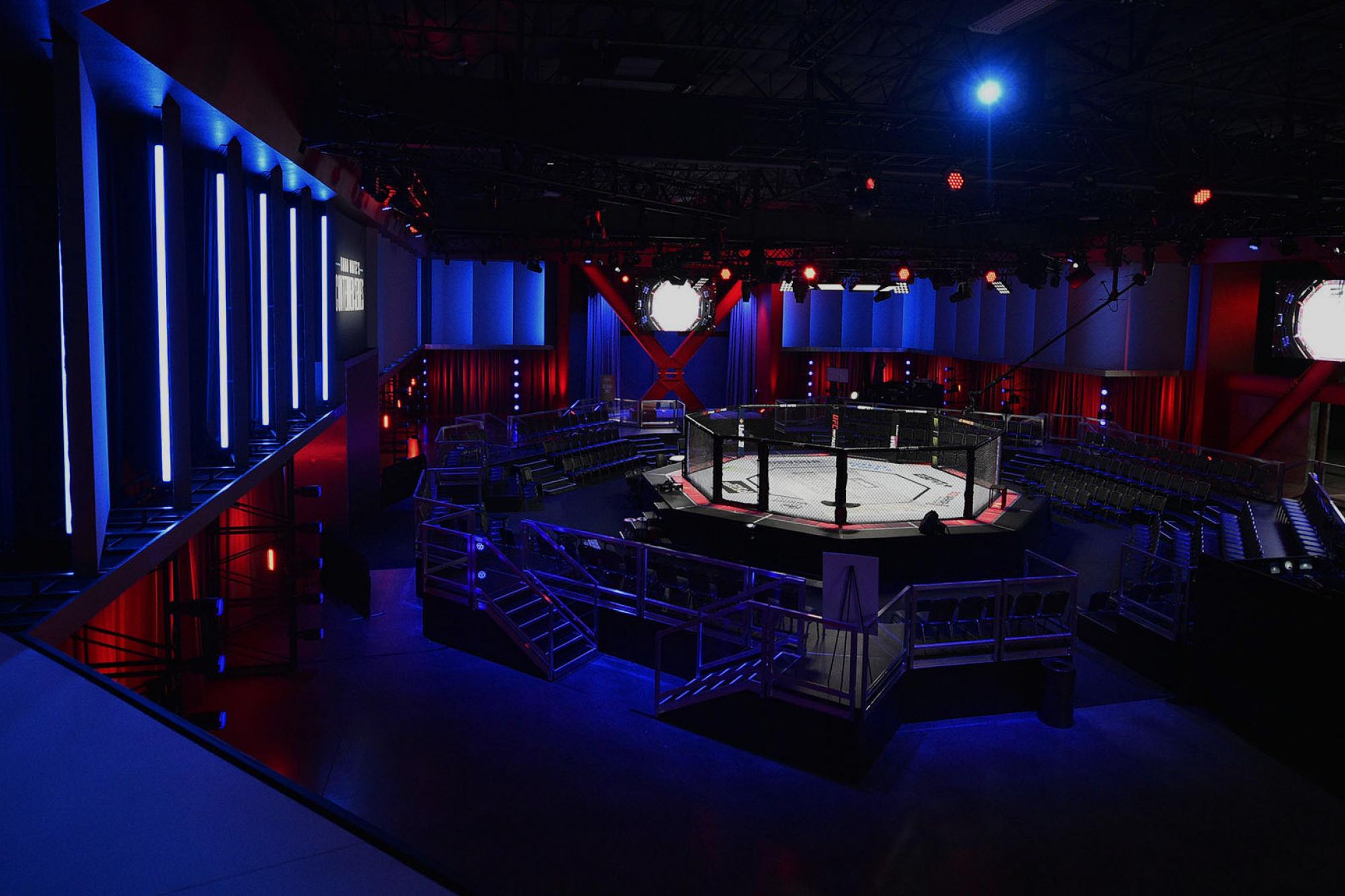 It's Week 3 Of The Best Tuesday Night In All Sports. Let's Break Down The Third Episode of Dana White's Contender Series.
By E. SPENCER KYTE, ON TWITTER @SPENCERKYTE • Sep. 13, 2021

Two weeks into the fifth season of Dana White’s Contender Series, there have already been 10 contracts handed out, as the UFC President has added every victorious fight, plus returning competitor Carlos Candelario to the UFC roster thus far.

Where it used to be that highlight reel finishes were the key to hearing your name called at the end of the night, things have seemingly changed this season, as White has been more appreciative of gutsy efforts and hard-fought decision victories than in previous years.

This week, the lineup is super-sized as a delayed contest from Week 1 is added to the slate, meaning six pairs of fighters will make the walk into the cage at the UFC APEX, providing another opportunity for a record-setting number of contracts to potentially be awarded.

Here’s a preview of what to expect this week on Dana White’s Contender Series.

A pro since 2012 and consistently active in mixed martial arts since 2017, Almeida enters on an eight-fight winning streak that includes submission wins over UFC veterans Ednaldo Oliveira and Ildemar Alcantara. The 30-year-old isn’t one to leave things in the hands of the judges, finishing each of his last 10 victories, all without even venturing into the third round.

Recap Week 1 And Week 2 Of DWCS

It’s been nine up and nine down for Nasrudinov thus far in his professional career, with his most notable win coming in March 2020 against Ultimate Fighter alum Cory Hendricks. The 29-year-old has steadily been facing better competition each time out and this matchup with Almeida is no different, as the Brazilian is one of the more experienced and accomplished fighters he’s faced thus far.

Will Almeida continue rolling and hand Nasrundinov his first career loss or will the undefeated Russian push his winning streak to double digits in front of Dana White?

It’s a clash of unbeaten bantamweights with identical 5-0 records as Brandon Lewis squares off with Mo Miller in Tuesday’s penultimate pairing.

Fighting out of Tampa, Florida, the 24-year-old Miller has won eight straight overall dating back to his amateur career, where he posted a 7-1 mark before transitioning to the professional ranks. He returned from a three-and-a-half year hiatus earlier this year, collecting a split decision win at LFA 102 to maintain his unbeaten record, and aims to keep his record free of blemishes when he steps in opposite Miller on Tuesday.

Watch Episode Three Tuesday On ESPN+ | Outside The US? Watch On UFC FIGHT PASS

Thus far, the “Mo Show” has produced nothing but victories, as the 29-year-old Strong Style Fight Team representative has followed up his 6-0 amateur run with five straight wins to begin his professional career, earning finishes in each of his last four outings. Miller only turned pro just over two years ago, so the fact that he’s reached this point, this quickly, speaks to his potential and how impressive he’s looked out of the gate.

Someone’s “0” has got to go and the process of figuring out who will remain unbeaten should be all kinds of entertaining to watch.

Returning veterans battle it out in the middleweight division as Albert Duraev and Caio Bittencourt each look to shake off the rust and have their hand raised on Tuesday night at the UFC APEX.

A 16-fight veteran who has faced off with a collection of established names, including Vyacheslav Vasilevskiy, Sergey Khandozhko, and Ramazan Emeev, Duraev hasn’t fought since registering a unanimous decision win over Piotr Strus in three years ago. Still only 32 years old and brandishing an eight-fight winning streak, Duraev profiles as the type of competitor that could flash on the Contender Series and potentially move right into the middle of the pack in the 185-pound weight class going forward.

Bittencourt arrives in a similar position as his Russian adversary, last competing in June 2018 when he scored a 50-second knockout victory over Adilson Ferreira at Imortal FC 9. The 30-year-old is also on an eight-fight winning streak and has won 13 of his last 15 since beginning his career with a 1-4 record.

Both of these men have dominated on the regional circuit in the past, so it will be interesting to see how things shake out when they return to action for the first time in a number of years on Tuesday.

The action this week continues in the big boy division as Lukasz Brzeski and Dylan Potter clash in a bout initially slated to take place earlier this season.

With eight wins in 10 starts and a six-fight unbeaten streak, the 29-year-old Brzeski is an intriguing potential addition to the heavyweight ranks. Two fights back, he earned a unanimous decision win over UFC veteran Ednaldo Oliveira, and in his lone appearance of 2020, the six-foot-four heavyweight earned a second-round stoppage win in the main event of Babilon MMA 13.

See Who Is Fighting At UFC 266

Potter steps in on short notice to replace Lorenzo Hood, looking to build off his late July submission win at CageSport 61. A Pacific Northwest native who has shared the cage with a handful of familiar names during his 15-fight career, “Big Poppa” aims to make the most of this unexpected opportunity to impress the UFC brass on Tuesday night.

Brzeski has the benefit of a full camp and having been preparing for his appearance on the Contender Series for several weeks, but Potter is a finisher with nothing to lose and everything to gain, so it shouldn’t surprise anyone if we get a competitive, entertaining tussle from these two heavyweight hopefuls.

Born in Switzerland, but now training in South Florida, Loosa bounced back from his first career los with a split decision win over Colin Lubberts in his most recent appearance, which came two-and-a-half years ago under the Titan FC banner. A physical specimen, it will be interesting to see how much the 27-year-old has improved and developed during these last two years, especially given that he’s been surrounded by elite coaches and training partners for the majority of that time.

Della Maddalena carries a 9-2 mark into Tuesday’s contest, having won nine straight after beginning his career with consecutive losses. The top man in the Eternal MMA welterweight division, the Perth resident has never gone the distance in his career and has yet to see the third round, earning eight of his nine stoppages due to strikes.

This should be an electric battle between two very exciting hopefuls, both of whom could one day find themselves competing inside the Octagon.

The first fight featuring female combatants of the season kicks off Week 3 as CFFC veteran Jasmine Jasudavicius takes on Brazilian Julia Polastri in this week’s opener.

Following a 4-0 amateur run, Jasudavicius made her pro debut a little over two years ago, earning four straight victories to land opposite Elise Reed in a bout for the CFFC strawweight title. After landing on the unhappy side of a split decision verdict, the 32-year-old Canadian moved up to flyweight and got back into the win column, collecting a unanimous decision win over Ashley Deen back in March.

Polastri has been a pro for twice as long and has nearly twice as many fights as Jasudavicius, entering Tuesday’s contest with an 8-2 record and riding a six-fight winning streak. The former Shooto Brasil strawweight champ owns a win over Invicta FC standout Jessica Delboni and, like her opponent this week in Las Vegas, she too is moving up to flyweight after spending the whole of her career competing in the 115-pound weight class.

Each of these women are capable of competing on the UFC roster right now, so don’t be surprised if Tuesday’s opener is highly competitive and results in one, if not both, being offered the opportunity to prove that once the smoke clears.