Sean Brady Is Up To The Test

Sean Brady Is Excited For His Next Step Up The Welterweight Ladder By Facing Michael Chiesa At UFC Fight Night: Vieira vs Tate
By Thomas Gerbasi, on Twitter: @TGerbasi • Nov. 19, 2021

As the kids would say these days, Sean Brady wants all the smoke as a member of the welterweight shark tank, and after racing out to a 4-0 UFC record, he’s getting his wish when he clashes with No.6-ranked Michael Chiesa in this Saturday’s UFC Fight Night co-main event.

“This is a fight I've been asking for,” said Brady, who defeated Court McGee, Ismail Naurdiev, Christian Aguilera and Jake Matthews to improve his perfect pro MMA slate to 14-0. And after submitting Matthews in the third round in March, he made it clear that he wanted a ranked and respected opponent.

He got half of that when matched up with Kevin Lee, widely respected and a big name, but one not ranked at 170 pounds. Brady took the July fight anyway, but Lee was forced out due to injury. The rescheduled bout didn’t come off either, this time due to a staph infection that threatened Brady’s career.

“I thought I was gonna lose my foot, that's how bad it was,” said the Philadelphian, who thankfully healed up and got back to work. But you have to wonder, for someone whose whole demeanor changes when talking about fighting, what would he do if he was forced to give it up?

“I'd open a gym or something like that,” Brady responds without hesitation. “I love teaching jiu-jitsu. No matter when I'm done fighting, I'm always gonna be in martial arts. I have visions for that, but that all comes later after I accomplish what I need to do in MMA, and that's become a UFC welterweight champ. So that's my first thing, and then all that other good stuff will come a little bit later.”

Wait, that fast, no hesitation? No worries about what comes next?

“I don't have other hobbies,” he laughs. “My hobbies are training, studying fights, watching fights. It's so engrained in me, that I'll be training and teaching until the day that I'm no longer breathing.”

And if he was all-in before his injury, he’s even more so now.

“I love what I do, I think more than anybody in the world,” Brady said. “I love training, I love martial arts. It's all I think about all day long. So when I wasn't able to do that and when I thought my career was gonna maybe take a little turn for the worst, I just told myself once I get back to the gym, no matter if I'm grumpy, if I'm hungry when I'm cutting weight, I'm gonna enjoy every moment of this. Because I always do that, and that's how I've always been, but it just solidified that I need to do it a little bit more because it's a short ride and I just want to enjoy every moment of it.”

Hence his willingness to fight the best of the best every time out. There are no tune-up fights in Sean Brady’s world, so when he got the call to face Chiesa, you know his response.

“I was like, ‘Hell. Yeah.’ This is the fight I've been asking for, for a while now. I think Michael Chiesa is a great competitor and I think he's one of the toughest guys in the division, and I think he's one of the guys that a lot of other guys might not want to fight. And that makes me want to fight him even more. I want to grapple with him. I think I'm the best grappler in the division. I want to show everybody that I'm superior in grappling to him. I want to show that I'm a better striker. So I'm just excited to get in there and test myself because that's what we're all here to do. We're all here to test ourselves against the other best guys in the world and see where we land. And I know I'm gonna land on top.”

Well, at the elite level of the sport, that’s the idea. But…when a fighter gets to within sniffing distance of the big money fights and world title bouts, sometimes he or she will try to play the game of strategically looking for their next opponents based on how they can get to where they want to go in the shortest – or least risky - way possible.

Brady is a Philly fighter. He’s not interested in playing games. 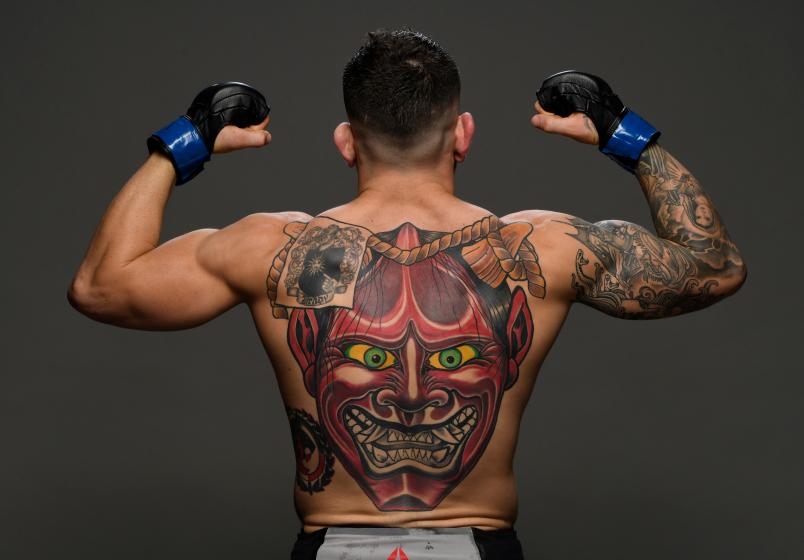 “The way I saw it, as soon as I got ranked, I was like, all right, I'm ranked 14 so now I'll fight number 13 or I'll fight someone a little bit ahead of me and I'll just continue to climb the ladder like that and I was having a hard time getting a fight,” he said. “None of the guys who were ranked ahead of me would really fight me. And honestly, if Chiesa would have won his last fight against Vicente (Luque), we wouldn't be fighting. The only reason I got this fight is because he's coming off a loss, which I'm super grateful about, but he would have been going on to fight either number one or number two or even for a title fight. Everyone wants a number five guy or everyone wants a title shot. I just want to keep fighting guys close to me in rank, and luckily, this is a nice jump for me. When I beat Michael Chiesa, I'm gonna go from number 14 and he's number six, so I'll definitely be in the Top 10. I want to fight the best guys in the division and show I'm the best guy. And all the other stuff will come, but I'm not worried about any of that. I'm here to show I'm the best 170-pound fighter in the world, and I think I am.”

It's not easy doing what Brady and his fellow welterweights are doing. Not in that division. And that goes for any weight class in the UFC. Here, one wrong move can be the difference between victory and defeat. It’s not a streetfight. UFC Hall of Famer Randy Couture called MMA kinetic chess, and he’s right. So when someone says, “Oh, I can do that,” it does get under Brady’s skin.

“Yeah, especially for somebody like me,” he said. “I like to think of myself as a consummate professional. It's not an eight-week training camp, it's not a ten-week training camp. It's 365 days, 24 hours a day, seven days a week. Training is my entire life. In martial arts, there are so many things you have to worry about. The striking has to be good, your wrestling has to be good, your grappling, your strength and conditioning, your nutrition. Things I've heard people say are, 'Oh, if I had the time.' (Laughs) No, you couldn't. Even tough guys I know from the city who get in fights in the street and stuff like that, it's not just fighting. It's still a sport and you have to be smart, and be smart about the way you train. So there's so many things. There's a reason why we do it and they don't. If they really wanted to do it, they would make it happen and they really don't want to.” 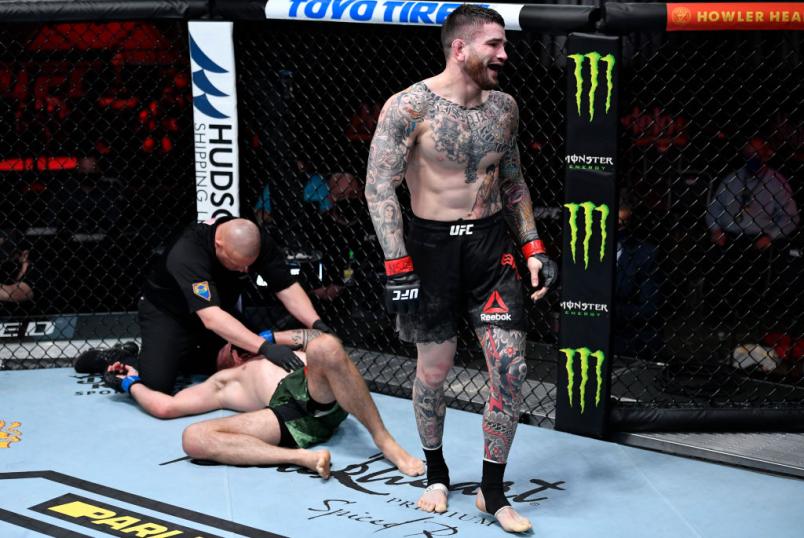 Brady wants to. More than anything else in the world. And while he’s starting to get recognized for his efforts and the spotlight is growing brighter, all that matters to the 28-year-old is the fight.

“I never let myself get a big head and I never let myself look too far into the future,” he said. “I've got a tough test ahead of me, but I know it's one I'm gonna pass and I'll deal with all that other stuff when it comes. I have a great team, a great fiancée, a great family that support me and they all keep me level-headed, and I never let my head get too big. I know I'm a good fighter and I know how good I am, but all the other stuff is just noise and all I gotta do is just go out there, fight my fight, win, and I'll handle all that stuff when it comes.”