Scott Holtzman Ready To Enter The Next Level

A win for Scott Holtzman on Saturday night over Beneil Dariush could mean an appearance in the rankings
By Thomas Gerbasi, on Twitter: @TGerbasi • Aug. 4, 2020

Scott Holtzman decided to hold his tongue. Sure, “Hot Sauce” is one of the classiest gents in the fight business, but he’s not above talking to an opponent when the mood strikes during their time in the Octagon.

Early in the biggest bout of his career, against the man with the most fights in UFC history, Jim Miller, the mood struck when he thought the New Jersey standout was feeling the altitude in Rio Rancho, New Mexico a little.

“I almost said something to him,” laughs Holtzman. “I'll talk to guys every now and then, but I didn't want to wake a sleeping dog. He was breathing real heavy pretty early on in the fight and I almost said, 'Man, you're seeming tired, Jimmy. You got three more rounds of this. You better save some energy.'”

It didn’t matter. Miller was soon wide awake all on his own and going tooth and nail with Holtzman. By the end of three rounds, the pair had earned Fight of the Night honors, but it was Holtzman leaving with the victory, his fifth in his last six bouts. It was an important one for the Knoxville native simply in terms of it being a win and for who it was against, but Holtzman also hopped over any mental hurdles when it came to one of the UFC’s most revered vets. 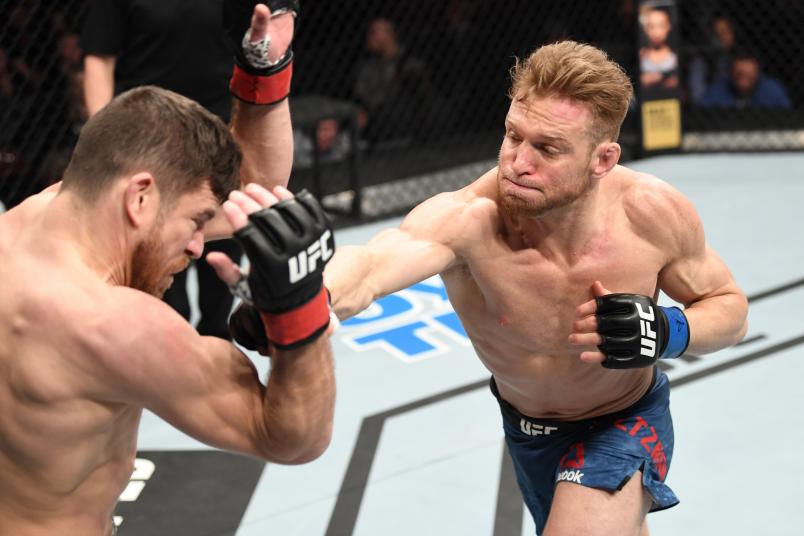 “I tried really hard in the lead-up to the fight to say, hey, you know what? It's Jim Miller, he's probably going in the Hall of Fame, he's done this, he's done that, but listen, he's just another dude; you can't stand across from him and be star-struck. You gotta go in there and fight him like you would anybody else,” said Holtzman. “So I tried not put him on this pedestal. But you definitely have to respect him and respect everything he's done. There's definitely this aura around him and it's special, especially when he gets inducted into the Hall of Fame, to go in there and beat him like that and knowing everything he's done and he's capable of. You see he came off our fight and beat that kid (Roosevelt Roberts) in a couple minutes who's a highly touted prospect.”

But just like Miller rebounded from the loss to submit Roberts in June, Holtzman immediately reset and looked forward to his next bout, which will be this Saturday against Beneil Dariush.

“You're just never satisfied, so once that fight was over, I was like, 'All right, that wasn't too bad, so what's the next challenge?'” he said.

Dariush is quite a challenge, especially with the Californian entering the bout with a four-fight winning streak that includes three Performance of the Night bonuses. But first, to get to this weekend in Vegas, Holtzman and his family had to weather the COVID-19 pandemic, which was ultimately a different, but fulfilling experience for the couple and their son.

“My wife, fortunately works from home, and she was able to keep her job and I was luckily coming off that fight in February, right before (COVID-19 hit), so I had a little bit of a cushion and it really didn't push me back that much,” said Holtzman. “And the time at home was definitely good to be able to be with my son every day and spend that time with him. There was some good quality time and good time to reset. I think probably everybody who has kids enjoyed it.” 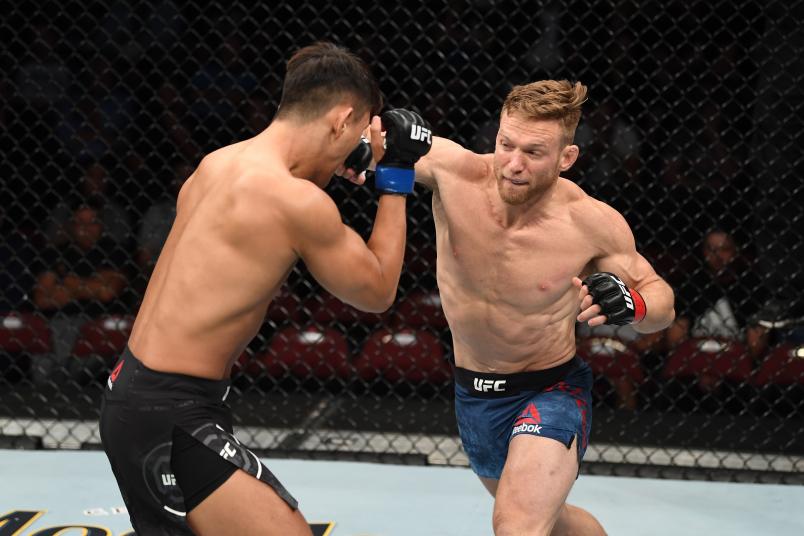 As for training, Holtzman didn’t have his usual MMA camp early on, but he made do with some local buddies.

“Fortunately for me, I have a group of close friends that live in Knoxville who are professional athletes, and we were all kinda out of work,” he said. “So we worked out six days a week like maniacs. And although I wasn't on the mats, I've been in the gym nearly every day during the quarantine and we worked out real hard with each other. We had a pretty diverse group, and we committed to quarantining and only being around each other. So it worked out real well.”

And here he is, days away from the next biggest fight of his career. That’s what happens when you reach this point in your career if you’re successful enough, and Holtzman’s 7-3 Octagon slate has him on the verge of the top 15 with a win over Dariush. That he could reach that milestone exactly five years to the day of his UFC debut in 2015 isn’t lost on him. He even throws in a nice tidbit from that night, pointing out that the co-main event when he debuted against Anthony Christodoulou saw Dariush facing Michael Johnson.

If you look from the outside, it seems like he’s been ready for that move and he proved it in the Miller fight. He won’t argue that statement.

“I've always thought I belong up there with the top echelon of guys,” he said. “It was just a matter of trying to develop. I had a later start and I had no combat sports background, so I was trying to develop a little bit and let everything come full circle. I still feel really good as an athlete, I work hard, I don't cut any corners, I work smart, and I feel like I deserve to be up there. I feel like I put more time and effort into this and I take it more seriously than 99 percent of guys. I feel like I belong up there.”

So in other words, is it prime time?

“I think this is the right fight for the right time,” he said.