Now That UFC Fight Night: Smith vs Spann Is Behind Us, It's Time For Us To Break Down The Biggest Winners From The Fight Capital Of The World
By Thomas Gerbasi, on Twitter @TGerbasi • Sep. 20, 2021

After losing back-to-back bouts to Glover Teixeira and Aleksandar Rakic, Anthony Smith knew he had to regroup, take a step back a bit and rebuild his path to another crack at a world title.

Anthony Smith Is Realizing His Stature In The Sport

Three finishes over Devin Clark, Jimmy Crute and Ryan Spann later, and “Lionheart” has done just that, with Saturday’s win over Spann one of him most impressive to date. Smith is old school to the core, and in getting back in the title chase, he’s proven it by doing it the hard way, so kudos to him for that.

WHAT’S NEXT? Aleksandar Rakic. Smith wants it, Rakic wants it, Gerbasi wants it. Let’s see it.

There was a lot of hype around Ariane Lipski when she made her UFC debut in January 2019, and she will probably be the first to admit that she didn’t always live up to it in the Octagon.

Sure, there were flashes of brilliance from the “Queen of Violence,” but consistency was lacking. Well, on Saturday night, we saw the fighter we always thought we were going to get, and Lipski turned in a complete performance in handing UFC newcomer Mandy Bohm her first pro loss. This version of Lipski is a problem for whoever she faces, and I get the idea that she isn’t done evolving her game with the American Top Team squad in Florida. 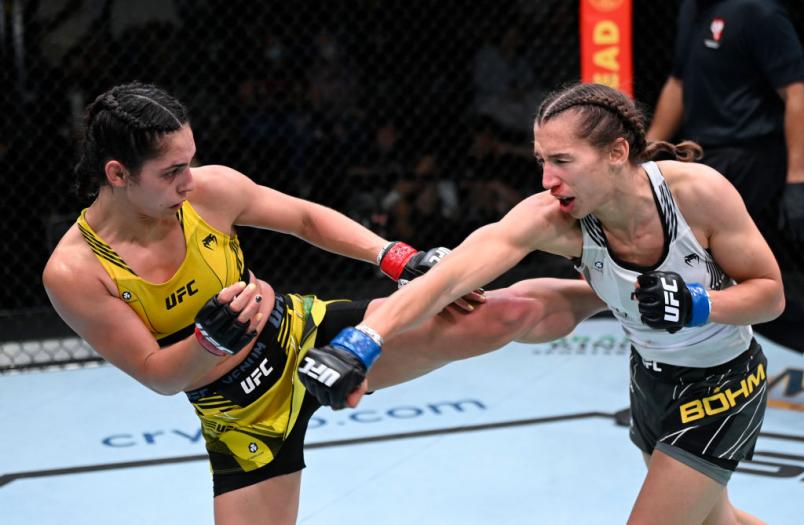 WHAT’S NEXT? Alexa Grasso or Maycee Barber would both be good matchups to see if Lipski can keep the momentum going into 2022.

Arman Tsarukyan’s emphatic win over Christos Giagos may not move him further up the lightweight Top 15, but I would expect that it will get him a fellow contender the next time out, and that’s well deserved after four consecutive wins and his first finish last Saturday. 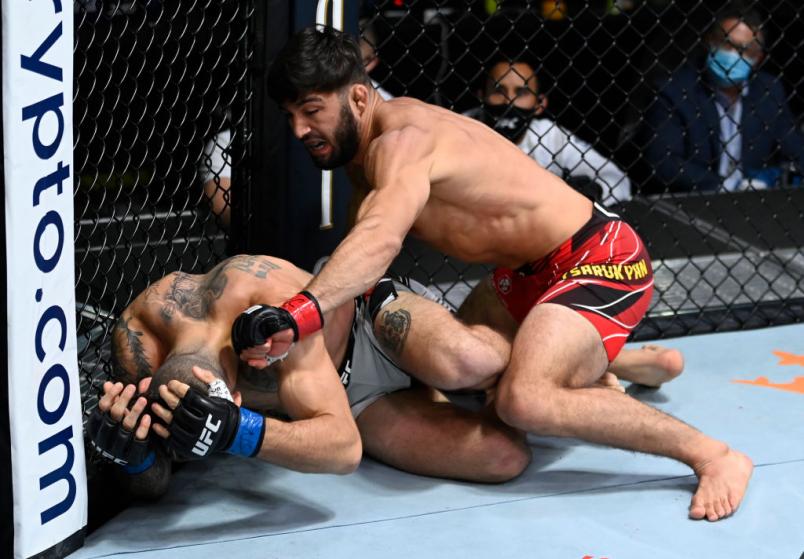 WHAT’S NEXT? Gregor Gillespie is a nice matchup…really nice.

Straight out of Jersey, Erin Blanchfield had as impressive a debut as a fighter can have without getting a finish, and at 22 years old, she’s only going to get better as she navigates the waters at 125 pounds. Striking, grappling, it was all there for “Cold Blooded” against Sarah Alpar, and it will be interesting to see where she goes in the coming year.

WHAT’S NEXT? Call me crazy, but I wouldn’t mind seeing Blanchfield in there with number 15-ranked Montana De La Rosa next. Not only is it interesting stylistically, but it will probably determine how 2022 looks for Blanchfield.

Fight fans had the bantamweight bout between Nate Maness and Tony Gravely circled on their calendar, and for good reason, as the two are among the top prospects in a stacked 135-pound weight class. And when the Octagon door closed, they delivered, but it was Maness surviving a near-stoppage to halt Gravely.

That’s the kind of stuff you want to see from an up and comer, and now with his victory over adversity complete, it’s time to see what’s next for “Mayhem”.

WHAT’S NEXT? Now 3-0 in the Octagon, Maness is probably looking for a Top 15 foe, but I think there are still some more fellow prospects that make for interesting matchups, like Mana Martinez and Miles Jones, or maybe veteran standout Brian Kelleher.