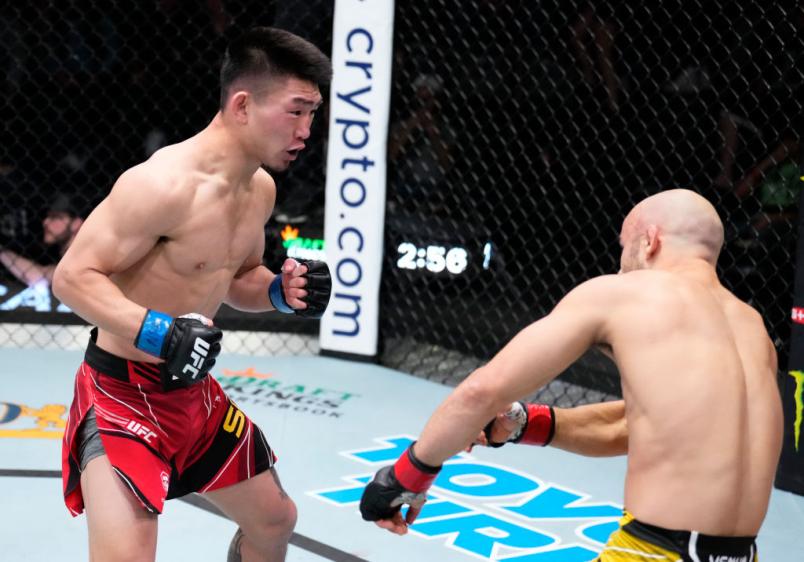 Song Yadong of China drops Marlon Moraes of Brazil in their bantamweight fight during the UFC Fight Night event at UFC APEX on March 12, 2022 in Las Vegas, Nevada. (Photo by Chris Unger/Zuffa LLC)

Taking full advantage of the co-main event spotlight, China’s Song Yadong made another move up the bantamweight ladder with a stunning first-round knockout of Marlon Moraes. Yes, the former world title challenger has had a rough go of it over the last couple years, but that shouldn’t dilute the impact of Song’s victory or where he’s heading at 135 pounds. And while the win was remarkable, what’s even crazier is that the 24-year-old has been competing in the Octagon since 2017. The moral of the story? He’s only going to get better, and back-to-back stoppages of Julio Arce and Moraes prove that he’s on the right track.

Khalil Rountree Jr.’s second consecutive stoppage victory was a big one, and it earned him a Performance of the Night bonus, but it was his emotional post-fight interview that made even more headlines, as he spoke of his desire to use his platform in the UFC to help others going through the same struggles that once plagued him. It was an important moment for the light heavyweight veteran, who will certainly remain in the spotlight on fight night thanks to a blistering finish of Karl Roberson. 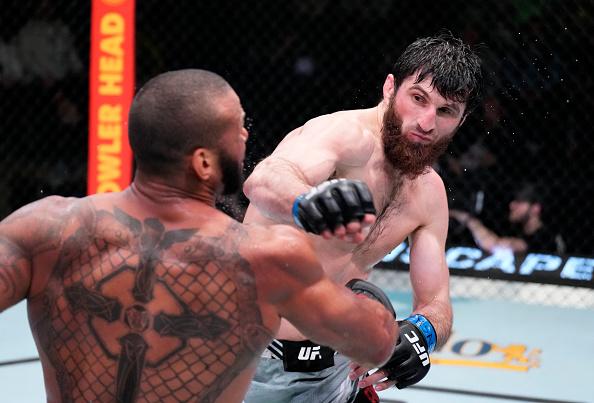 Magomed Ankalaev’s main event victory over Thiago Santos wasn’t the most thrilling victory of his career, but in extending his current winning streak to eight, he put himself firmly in place to face the winner of the championship clash between Glover Teixeira and Jiri Prochazka later this year. And that’s the most important thing, right? Win today, look good next time, and if he does get his crack at the 205-pound crown, he’s got a good chance of beating whoever holds the belt. 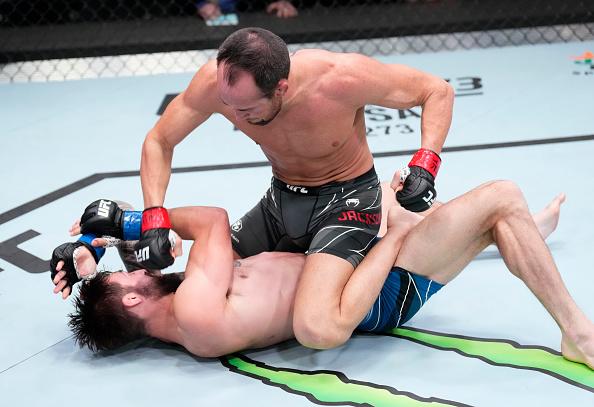 Social media and tattoos may have been on the mind of Damon Jackson as of late, but after his Saturday victory over Kamuela Kirk, “The Leech” may not need to go to such measures to get the fights he wants. Winner of three of four since his return to the Octagon in 2020, Jackson has been in the best form of his career in a tough featherweight division, and he’s earned a crack at a Top 15 foe his next time out. 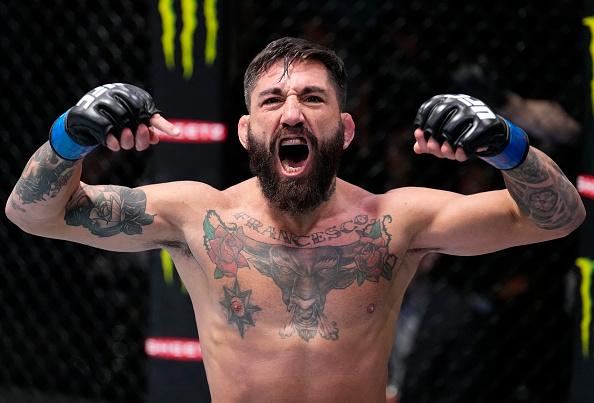 At 42 years old and winless since 2018, the odds were against Guido Cannetti pulling off a win over Kris Moutinho last Saturday, but the “Ninja” looked better than ever in stopping the New Englander in a little over two minutes. It was a big win for Cannetti, and though he’s not likely to follow the path of 40-something Glover Teixeira to a world title, he will be a tough out for whoever he faces in the Octagon and an inspiration for fighters back home in Argentina.