See Which Fighters Made The Most Out Of Their Opportunity At UFC Fight Night: Ortega vs Rodriguez
By Thomas Gerbasi, on Twitter: @TGerbasi • Jul. 18, 2022

Saturday’s UFC Fight Night event is in the books, and now that the dust has settled in Long Island, it’s time to go to the scorecard to see who the big winners were at UBS Arena. 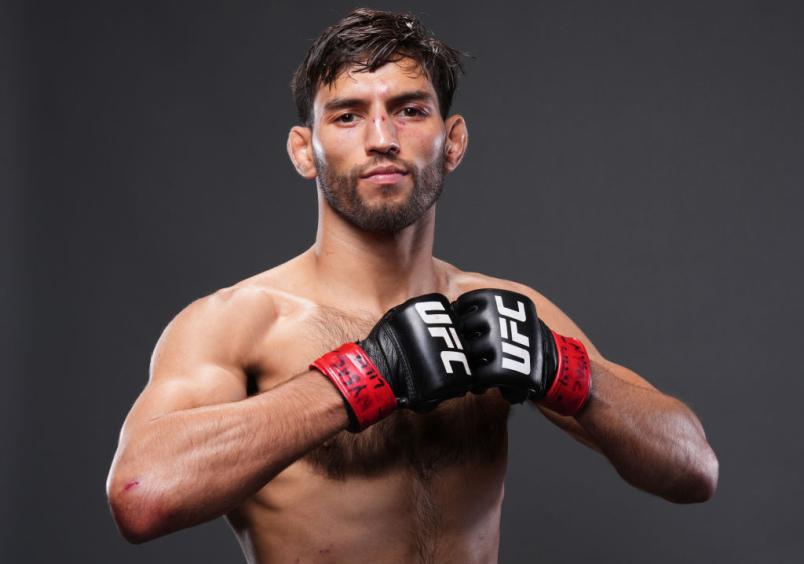 Matt Schnell poses for a portrait after his victory during the UFC Fight Night event at UBS Arena on July 16, 2022 in Elmont, New York. (Photo by Mike Roach/Zuffa LLC)

Is it any surprise that Matt Schnell is sitting here in the top spot after a stirring win over Sumadaerji that was pure madness for the nine minutes and 24 seconds it lasted? Sure, we all knew that Schnell had heart and was resilient, the most recent case being fighting Brandon Royval in May shortly after the passing of his mother. But this was next level stuff from the Louisianan, who certainly aged coaches Sayif Saud and Yves Edwards for our viewing pleasure last weekend. If there was someone watching MMA for the first time on ABC, consider those viewers fans now. 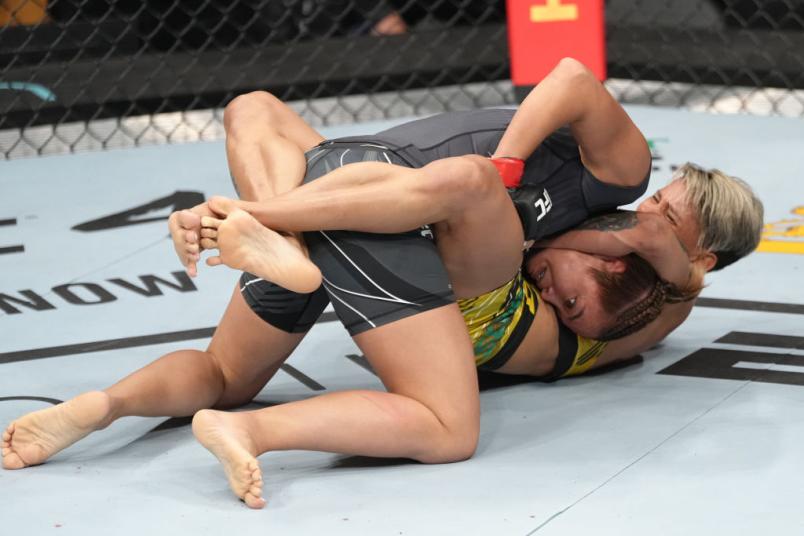 Amanda Lemos of Brazil secures a guillotine choke against Michelle Waterson-Gomez in a strawweight fight during the UFC Fight Night event at UBS Arena on July 16, 2022 in Elmont, New York. (Photo by Jeff Bottari/Zuffa LLC)

Amanda Lemos wasn’t making excuses after she lost via first-round submission to Jessica Andrade in her first UFC main event in April. Instead, she took on another high-profile foe in another high-pressure situation on Saturday, and this time the Brazilian contender submitted Michelle Waterson in less than two rounds. Winning six of her last seven fights should be proof enough that Lemos is a world-class fighter but beating Waterson should silence any doubters. 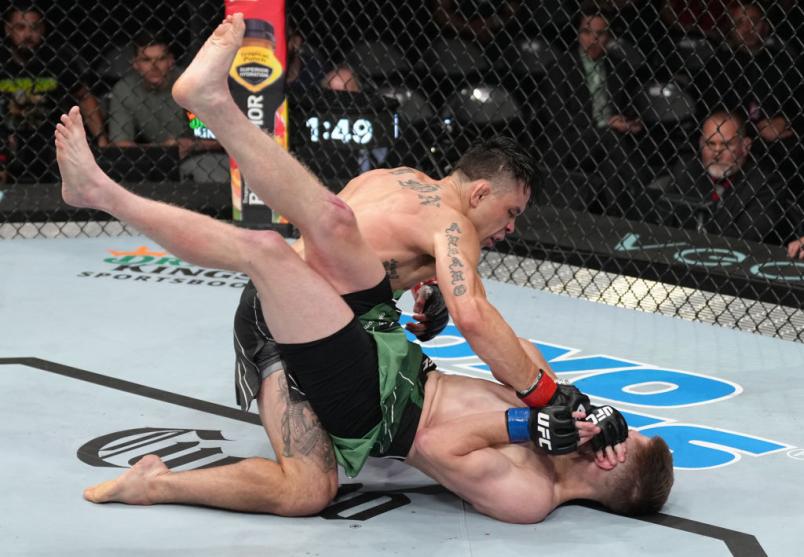 On a stacked card, the bantamweight bout between Ricky Simon and Jack Shore was the one I was most looking forward to, and while the clash of two of the division’s top talents didn’t get the mainstream attention it should have, Simon delivered a star-making performance in handing Shore his first MMA loss (pro or amateur) via second-round submission. That’s five straight for Simon and back-to-back finishes of Raphael Assuncao and Shore. He has arrived.

Lauren Murphy is an elite flyweight. If you doubted that after she lost her first UFC title shot to Valentina Shevchenko last September, she delivered a silencer in Long Island in the form of a dominant victory over Miesha Tate that put her back in the mix at 125 pounds. Like Schnell, Murphy has always been a shining example of resilience not just in the Octagon, but in life, and that was on display last weekend. 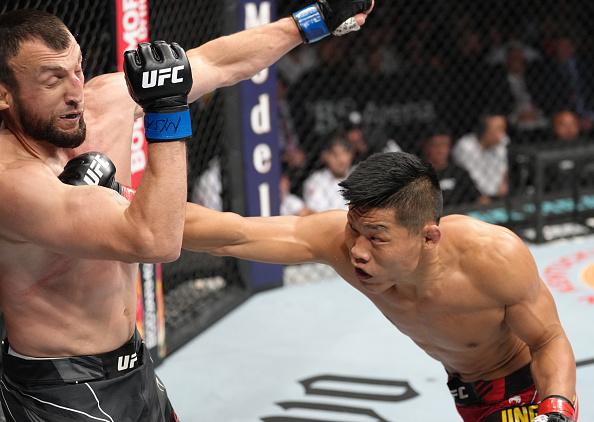 So what did I take away from Li Jingliang’s stoppage of Muslim Salikhov? One thing. That “The Leech” is a perennial contender that will always be a threat to anyone in the welterweight division. That’s not an easy place to reach in a sport where hot streaks often turn into losing streaks and a trip out of the promotion. But whenever Li has hit a roadblock, he’s found a way around it, and here he is, with more than eight years on the roster. It doesn’t hurt that he’s entertained every step of the way, either.