Someday there will be a scathing expose revealing that Ciryl Gane didn’t really turn pro in MMA in 2018, but that he was fighting for ten years under another name. I’m kidding, of course, but that’s the feeling I get watching him be this good this fast, with only nine fights under his belt thus far. You don’t nearly pull off a shutout over a veteran contender like Alexander Volkov unless you’re a legitimate title threat, and that’s exactly what “Bon Gamin” is.

WHAT’S NEXT? A title shot? Could you imagine Gane versus the man who also learned his craft under the tutelage of Fernand Lopez, Francis Ngannou? And in a huge arena in Paris? Whew. There are a lot of moving parts before that could happen, but what fun it would be for it to become a reality sooner rather than later.

I hate the “Is this a must win?” question because the way I see it, every fight is a must win at this level of the sport. So while Tanner Boser was coming off a pair of lackluster losses and wanted to snap that streak, I believe he wanted to not just win, but win in a certain way. Knocking out Ovince Saint Preux certainly fit the bill for “The Bulldozer,” who can now start looking at the Top 15 again instead of fielding questions about his back being against the wall.

WHAT’S NEXT? Walt Harris would be an interesting challenge for Boser and a potential barnburner for the fans of heavyweight MMA.

At 34, I’m sure many wondered if Jeremiah Wells would ever get his shot in the big show, but when he did last Saturday night, he made it clear that not only does he belong, but that he plans on sticking around in the Octagon. His knockout of Warlley Alves proved that a man fulfilling a dream is a dangerous one, even on short notice.

WHAT’S NEXT? Welterweight is a rough place for anyone, let alone a UFC rookie, but Wells isn’t going to be intimidated by anyone, so expect him to take on anyone placed in front of him. Francisco Trinaldo might be a nice matchup, as would one with Court McGee. 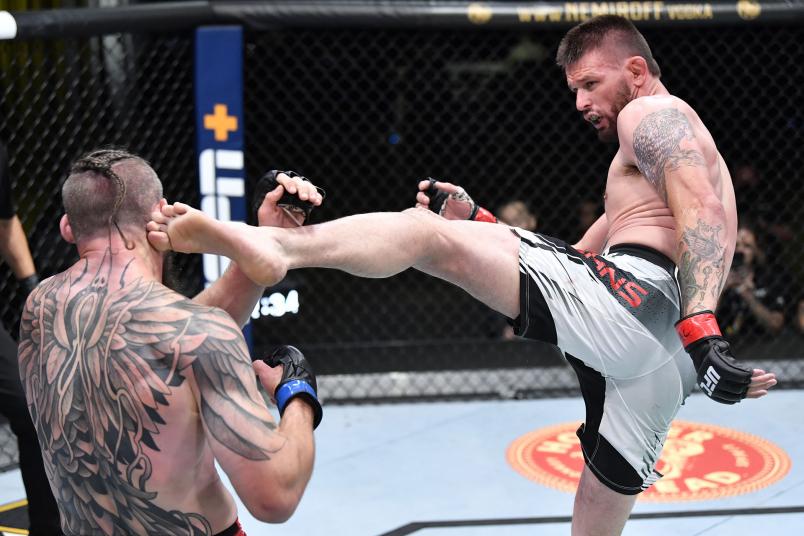 It’s hard to say that Tim Means is getting better at 37, because he’s always been a heck of a fighter. So maybe the best way to describe his recent surge is to say he’s more consistent than ever. With his victory over Nicolas Dalby, “The Dirty Bird” won his third in a row, his longest win streak in the UFC since he won four in a row in 2014-15, and he doesn’t look like he’s slowing down in the slightest.

WHAT’S NEXT? The man who broke that four-fight winning streak in 2015 was Matt Brown, and I’m sure Means would love to get that one back from “The Immortal,” who is coming off a big win over Dhiego Lima. 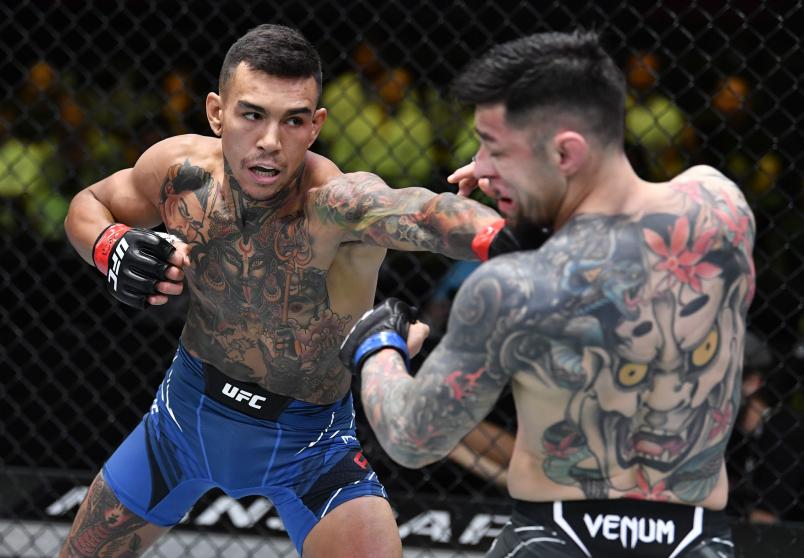 The line on his record will read a no contest, and that’s unfortunate, because up until the inadvertent eye poke that ended his bout with Daniel Pineda, Andre Fili was putting together a career best effort against the always-tough Texan. Firing on all cylinders, Fili was delivering the type of performance that he’s always hinted at, and that’s a good sign for him moving forward.

WHAT’S NEXT? I expect Shane Burgos will take a little break after his May loss to Edson Barboza, but when the New Yorker returns, a fight with Fili would be another Fight of the Night contender for “Hurricane” Shane, and the type of fight that could propel Fili into the Top 15 with a win.