See Which Fighters Impressed Us Most At UFC Fight Night: Cannonier vs Gastelum
By Thomas Gerbasi, on Twitter: @TGerbasi • Aug. 23, 2021 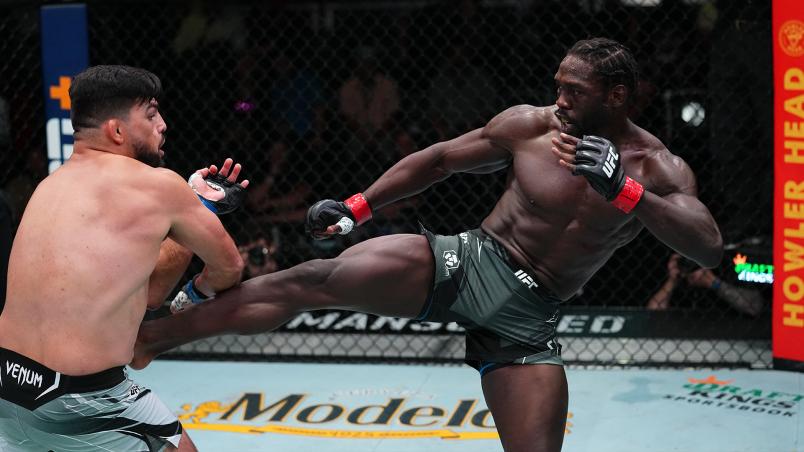 Workmanlike. That’s the best way to describe Jared Cannonier’s win over Kelvin Gastelum on Saturday night. It was just two of the best middleweights in the world putting on their hardhats and going at it for five rounds, no frills, no jumping off the cage, no backflips. For the true MMA fan, that was good stuff, and for Cannonier, it gets him back on track after a loss to Robert Whittaker a year ago and could actually put him one more win away from a shot at the middleweight title. Not bad, Mr. C, not bad.

WHAT’S NEXT? A fight against the winner of next month’s Darren Till-Derek Brunson would be an intriguing matchup, as well as a title elimination bout.

It’s been a rough patch for Mark O. Madsen, with injuries and his wife’s MS diagnosis forcing him from the Octagon and making him re-evaluate everything in his life. In a situation like that, prizefighting often takes a back seat, and rightfully so, but in a world where fighting is a true metaphor for life, Madsen showed the power of grit and determination by not just facing Clay Guida but beating him. That’s heart, and it runs in the Madsen family.

WHAT’S NEXT? Gregor Gillespie would be a great matchup for the fighters and the fans. But…

Always one of the most exciting flyweights on the roster, Alexandre Pantoja is also one of the most fearless, as his strength of schedule is something to be applauded. Of course, when facing killers night in and night out, there will be some setbacks, but after his submission win over Brandon Royval on Saturday, it appears that Pantoja has finally arrived.

WHAT’S NEXT? The storyline is there for a third fight between Pantoja and current flyweight boss Brandon Moreno, and with back-to-back wins over Manel Kape and Royval, Pantoja has earned his shot at the belt. 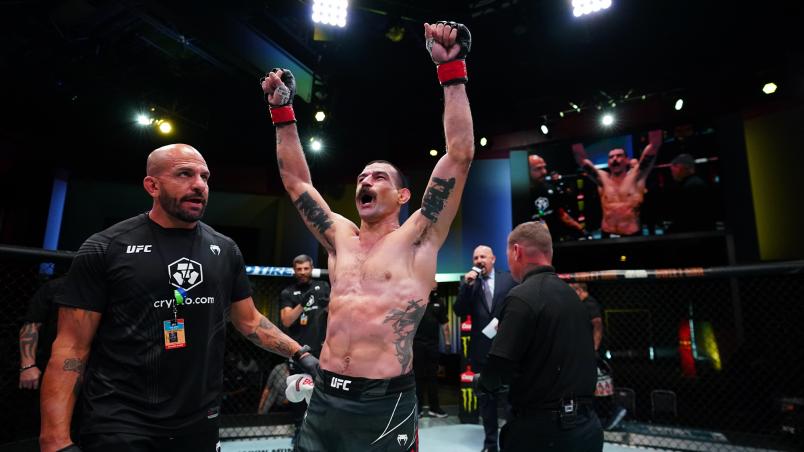 Vinc Pichel reacts after his unanimous decision victory over Austin Hubbard in their lightweight matchup at UFC Fight Night: Cannonier vs Gastelum on August 21 2021 in Las Vegas Nevada (Photo by Chris Unger/Zuffa LLC)

I’ve said it a million times, but Vinc Pichel is one of the most underrated fighters, pound-for-pound, on the UFC roster. And if not for injuries and long layoffs, he might be in the title race right now. But we can’t rewrite history, so we have to focus on the present, and in the present, Pichel is on a three-fight winning streak, he’s settled in with the Factory X squad in Colorado, and his confidence is soaring after his Saturday win over Austin Hubbard. In other words, the future looks bright for “From Hell” Pichel.

WHAT’S NEXT? See above. It’s likely not happening before a possible Madsen fight, but I would eventually like to see Pichel back in with Gillespie, who beat him in 2018.

Ignacio Bahamondes came close to winning his first UFC bout in April before losing a split decision to seasoned vet John Makdessi. On Saturday, he took it out of the hands of the judges when he scored a highlight reel knockout of Roosevelt Roberts. And at 23, the Chile native is only going to get better.

WHAT’S NEXT? Chris Gruetzemacher might be an interesting test for Bahamondes, or maybe British vet Jai Herbert