See Which Fighters Impressed Us The Most WIth Their Performances At UFC Fight Night: Blaydes vs Daukaus
By Thomas Gerbasi, on Twitter: @TGerbasi • Mar. 28, 2022

Saturday’s UFC Fight Night event is in the books, and now that the dust has settled in Columbus, it’s time to go to the scorecard to see who the big winners were at Nationwide Arena. 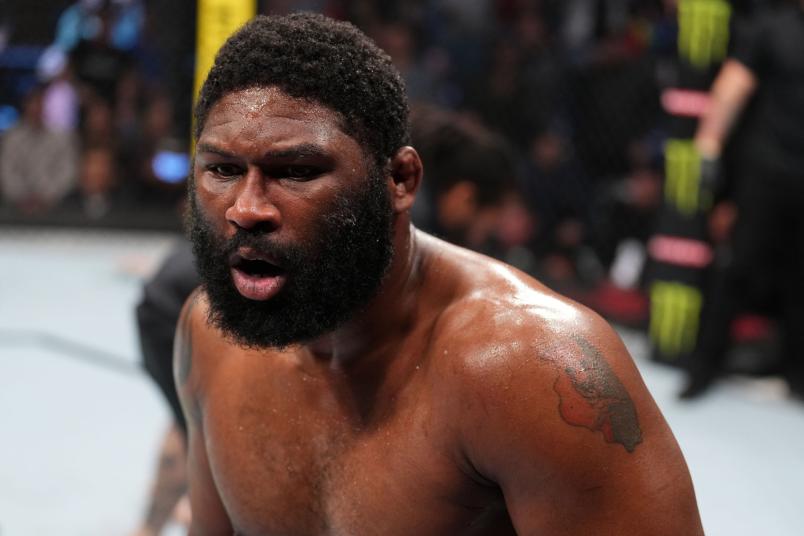 Curtis Blaydes celebrates his KO victory over Chris Daukaus in a heavyweight fight during the UFC Fight Night event at Nationwide Arena on March 26, 2022 in Columbus, Ohio. (Photo by Josh Hedges/Zuffa LLC)

It’s impossible to argue with the UFC resume of Curtis Blaydes, and that was even before his knockout of Chris Daukaus last weekend. But after “Razor” Blaydes took advantage of the main event spotlight in Columbus and halted Daukaus in highlight-reel fashion, he has fight fans on his side and wanting to see him in the title conversation. Add in the fact that Blaydes didn’t go to his wrestling once against Daukaus, and it seems like everything is finally coming together at the perfect time for the contender from Chicago.

Find Out How To Watch UFC 273: Volkanovski vs The Korean Zombie 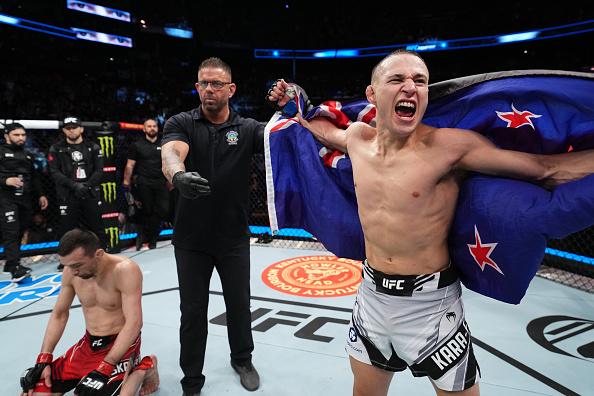 Kai Kara-France of New Zealand celebrates his victory over Askar Askarov of Russia in a flyweight fight during the UFC Fight Night event at Nationwide Arena on March 26, 2022 in Columbus, Ohio. (Photo by Josh Hedges/Zuffa LLC)

It didn’t look good in the first round for Kai Kara-France against fellow flyweight contender Askar Askarov, but after making the proper adjustments and drawing his foe into a brawl for long stretches, the hard-hitting Kiwi pounded out a close, but unanimous, decision win and put himself firmly in line for a shot at the winner of an expected fourth fight between Deiveson Figueiredo and Brandon Moreno. In the process of extending his current winning streak to three, Kara-France looks to have found his stride in the UFC, and whoever he faces moving forward, “Don’t Blink” has what it takes to win. 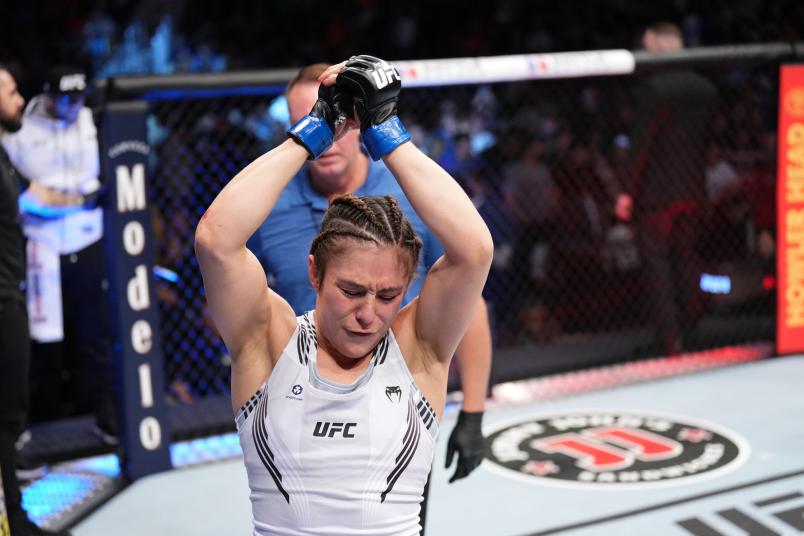 An expected standup battle turned into a groundfight on Saturday, and after less than four minutes, Alexa Grasso won that fight, submitting Joanne Wood. It was a major victory for Grasso, not just because she defeated a higher-ranked opponent and extended her winning streak to three, but because in doing so, she displayed new dimensions to her game and the confidence to use them on the biggest stage in the sport. Is she ready for champion Valentina Shevchenko yet? Who is? But if she stays injury-free and keeps evolving, Grasso may put herself in position to capture lightning in a bottle against “Bullet.” 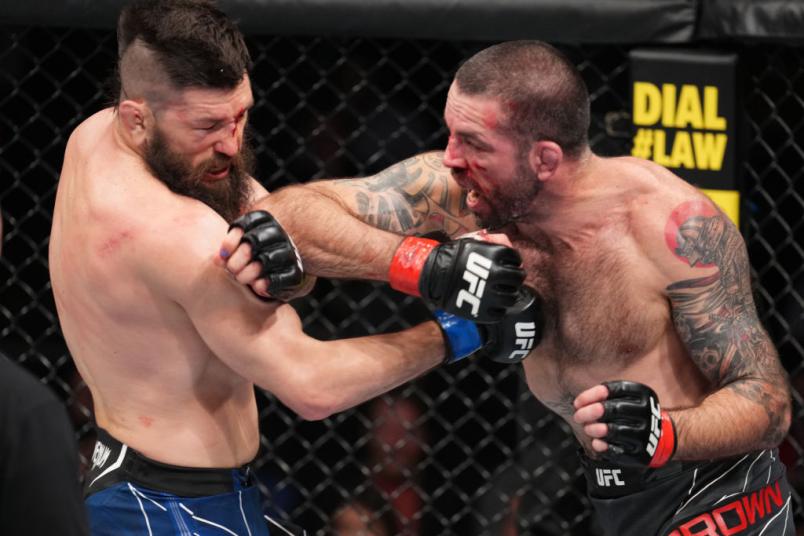 There were no titles on the line in the bout between Bryan Barberena and Matt Brown, so chance to move higher up the Top 15 in the welterweight division. This was just a pair of veterans who love to fight and got 15 minutes to do it in the Octagon last Saturday. This was a reminder of what MMA can be when it’s done right, and while you can argue about the decision of the fight, what isn’t up for debate is the heart, skill and determination of “Bam Bam” and “The Immortal.” 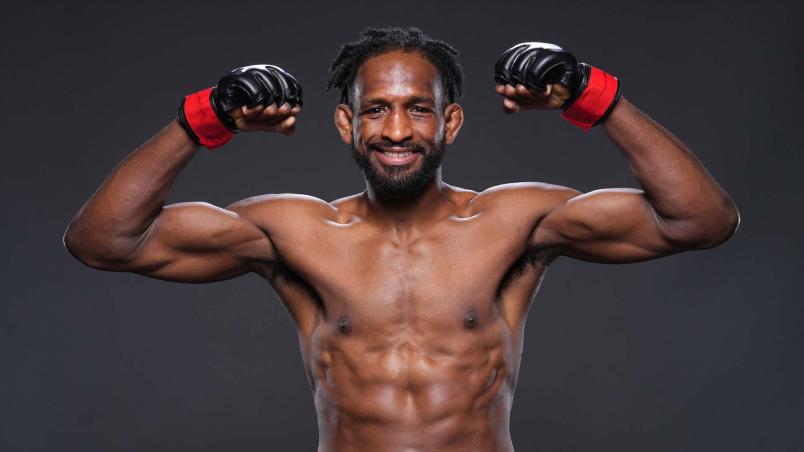 Speaking of what MMA looks like when it’s done right, Example A is always going to be Neil Magny. A true pro in and out of the Octagon, Magny gutted out a hard-fought win over Max Griffin on Saturday, tying him with UFC Hall of Famer Georges St-Pierre for most wins in the UFC welterweight division, and it was nice to see his reaction to that news, because he knew he was going to get the recognition that has often eluded him. Now, there can be no doubt that title or no title, he’s been one of the best 170-pounders of this era.