The Scorecard | UFC 269: Oliveira vs Poirier

See Which Fighters Made The Most Out Of Their Opportunity At UFC 269: Oliveira vs Poirier
By Thomas Gerbasi, on Twitter: @TGerbasi • Dec. 14, 2021

Saturday’s UFC 269 event is in the books, and now that the dust has settled in Las Vegas, it’s time to go to the scorecard to see who the big winners were at T-Mobile Arena. 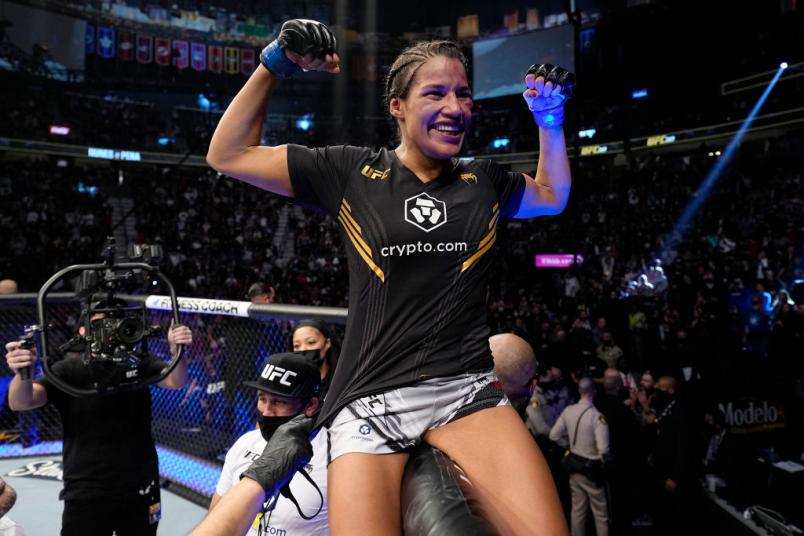 Julianna Pena won the UFC women’s bantamweight title before the fight even took place. You could hear it in her voice, you can tell it by the words that came out of her mouth. She was either going to take that belt from Amanda Nunes or go down swinging in the attempt. “The Venezuelan Vixen” has always had that kind of grit, and she proved it after surviving a rough first round against Nunes. In round two, she decided she was going to get into a fistfight with someone no one wanted to get into a fistfight with, and you could see the tide turning with every punch she landed. And once Nunes was on the mat, it was game over and a new champion was crowned. Was it the greatest upset in UFC history? It’s got to be in the top five, but only because of the pre-fight odds. I’ll personally stick with Serra-GSP I for the biggest upset of all-time. This one, I’ll just say I wasn’t shocked by the outcome, and neither was the new queen of the 135-pounders.

I think it’s safe to say nobody is going to be sleeping on Charles Oliveira anymore. In one of the best three-fight runs in UFC history, Oliveira defeated Tony Ferguson, Michael Chandler and Dustin Poirier, winning and defending the UFC lightweight title in the process. And at 32, “Do Bronx” may be in his fighting prime, meaning that if he keeps doing what he’s doing, by the time all is said and done, Oliveira may have a strong case as the best 155-pounder to ever do it in the Octagon. 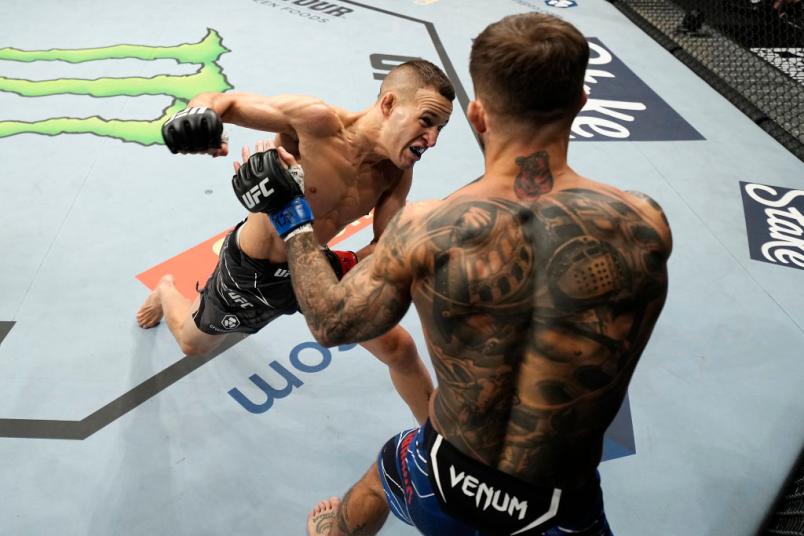 Despite Cody Garbrandt’s stellar body of work and status as a former bantamweight champion, you had to know that taking on Kai Kara-France in his first flyweight bout was going to be as tough a test as he could get without jumping right into a title shot. And Kara-France proved that he was as live an underdog as you could find at 125 pounds, as he halted Garbrandt in less than four minutes, injecting new life into his run for championship gold. 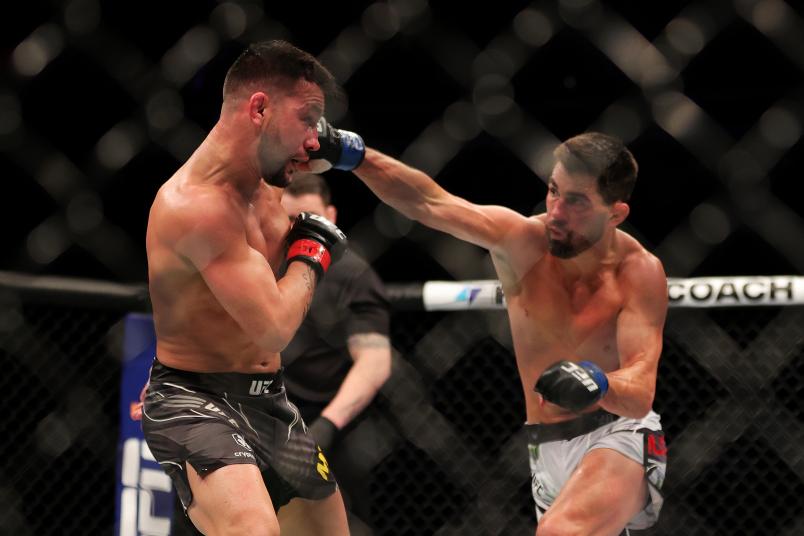 Dominick Cruz (R) punches Pedro Munhoz of Brazil during their bantamweight  fight in the UFC 269 event at T-Mobile Arena on December 11, 2021 in Las Vegas, Nevada. (Photo by Carmen Mandato/Getty Images)

The old Dominick Cruz showed up to T-Mobile Arena last Saturday night. Not an old version of the former bantamweight champion, but the fighter who dominated the division for so many years before his body betrayed him and put him on the sidelines for long stretches of time. But against Pedro Munhoz, he turned back the clock in impressive fashion, and all of a sudden, the 36-year-old is a player again in a stacked 135-pound weight class.

Erin Blanchfield came into the UFC with a decent amount of hype, and in two fights, she’s lived up to it and more, defeating Sarah Alpar and Miranda Maverick in successive bouts. The Maverick win last Saturday night is the one that really stands out, though, given the New Jersey product’s dominance of a fighter expected to one day be in the title picture at 125 pounds. Now that’s Blanchfield’s position to lose, and she should get the ranked contender she was supposed to face at UFC 269 – Maycee Barber – next.