See which fighters made the most out of their opportunity at UFC 268:
By Thomas Gerbasi, on Twitter: @TGerbasi • Nov. 8, 2021

Saturday’s UFC 268 event is in the books, and now that the dust has settled in New York City, it’s time to go to the scorecard to see who the big winners were at Madison Square Garden. 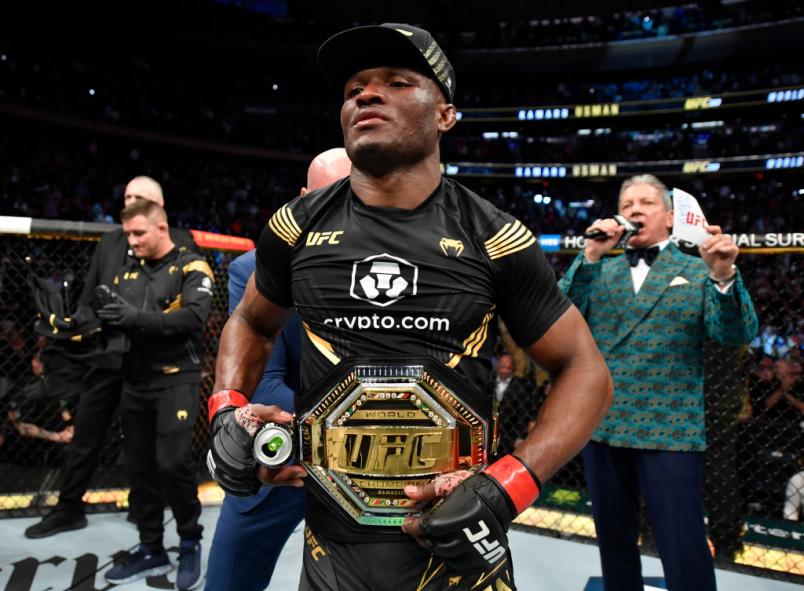 It was fitting that Kamaru Usman fought five hard rounds with his greatest rival thus far, Colby Covington, in the place where Muhammad Ali fought his greatest rival, Joe Frazier, twice. And I’ve got a feeling we will see these two battle it out once more before their careers are done, but in the meantime, kudos to Usman for showing once again that for all his power on the feet and the mat, his greatest attributes may be his heart and his ability to shake off adversity to get his hand raised. That’s championship mettle, for sure.

All UFC 268: Usman vs Covington 2 Results

WHAT’S NEXT? If Leon Edwards emerges unscathed with a win over Jorge Masvidal in their December bout, a rematch for the belt is the logical next step for the champ, but a fight with surging contender Vicente Luque, winner of four straight with four finishes is equally intriguing. 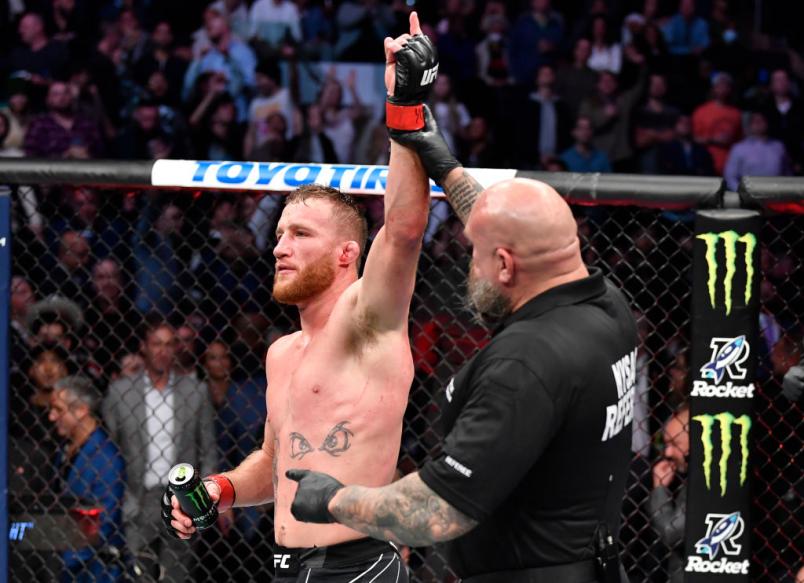 Words will fail most who try to describe the epic three-rounder between Justin Gaethje and Michael Chandler, so all I’ll tell you is to go watch it. It doesn’t need words. And after scoring a hard-fought win in a fight that lived up to every ounce of hype preceding it, Gaethje has put himself back in the title conversation by doing what he does best.

WHAT’S NEXT? The winner of December’s lightweight title fight between Charles Oliveira and Dustin Poirier is the natural next opponent for “The Highlight”. 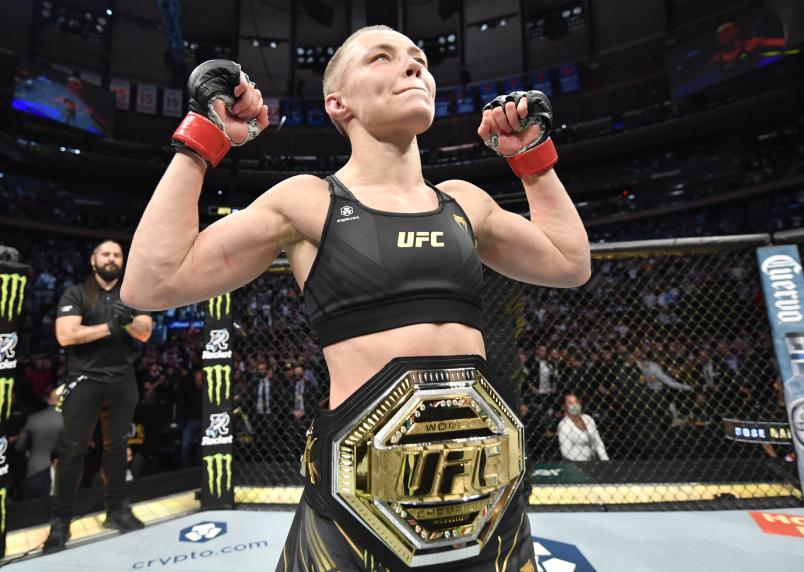 Rose Namajunas reacts after her split-decision victory over Zhang Weili of China in their UFC strawweight championship fight during the UFC 268 event at Madison Square Garden on November 06 2021 in New York City. (Photo by Jeff Bottari/Zuffa LLC)

Rose Namajunas’ second win over Zhang Weili was an important one for the strawweight champ, and not just because she proved that her 78 second win over the first UFC champ from China wasn’t a fluke. It was a big victory because it showed once again that for all the stunning first-round finishes in her career, she is just as good in a dogfight. She showed that in her rematches with Joanna Jedrzejczyk and Jessica Andrade, and she did it again on Saturday night in her home away from home in New York, where she is now 3-0.

See What Rose Had To Say After Her Win

WHAT’S NEXT? A rematch with the woman who beat her for the inaugural UFC 115-pound crown in 2014, Carla Esparza, is a natural on all counts, especially with Esparza sporting a five-round winning streak and a victory over the fighter below her in the strawweight rankings, Marina Rodriguez. 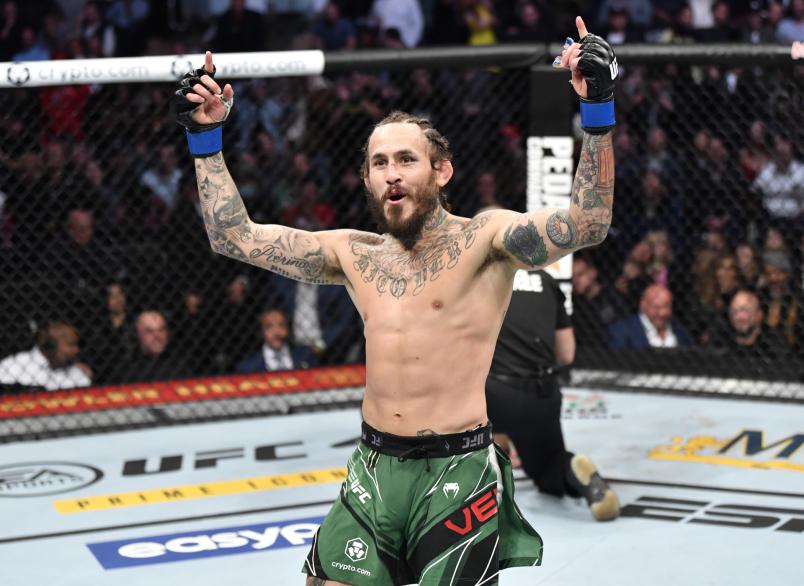 Marlon Vera of Ecuador reacts after his knockout victory over Frankie Edgar in their bantamweight fight during the UFC 268 event at Madison Square Garden on November 06, 2021 in New York City. (Photo by Jeff Bottari/Zuffa LLC)

Marlon Vera admitted that in his first matchup against one of the sport’s veteran stars in Jose Aldo, he got too excited entering the third round of a close bout and wound up losing the round and the fight. Against Frankie Edgar, it was the same scenario, with the fight dead even on two of the three judges’ scorecards. This time, Vera kept his cool and left the judges out of the equation, scoring a highlight reel knockout of “The Answer”. It was clearly the biggest win of Vera’s career and sets him up nicely for a big fight to kick off 2022.

WHAT’S NEXT? Vera told me before the fight that he believes the next logical step for him with a win over Edgar is a shot at the winner of next month’s bout between Rob Font and Aldo. Sounds like a plan to me.

Ian Garry talked the talk on fight week. It almost backfired on him on fight night, as Jordan Williams shot out to an early lead in their welterweight. But as soon as some started to write the Irishman off, he ended matters in a split second, and when you add in a memorable post-fight interview with Joe Rogan, it looks like we’ll all be paying attention every time “The Future” steps into the Octagon.

WHAT’S NEXT? Welterweight is a shark tank and there are no easy fights, and while Garry sounds like he’s ready for anyone, the Williams fight proved that maybe he needs to ease into the next level by fighting a tough vet like Court McGee next.