Teenage Matt Sayles couldn’t be more excited. He was about to meet some of his MMA heroes at the Alliance MMA gym in Chula Vista, and the night before he scoured YouTube for highlights of one of those fighters – then-UFC bantamweight champion Dominick Cruz.

Then he met Cruz, who was wearing gloves and a mouthpiece. And they sparred.

“I’m an amateur fighter at that point, so I get in the cage and I’m doing pretty good on the feet,” Sayles recalled. “I got through five, five-minute rounds with him and I got beat up a bit, but I gave him a few good licks.” 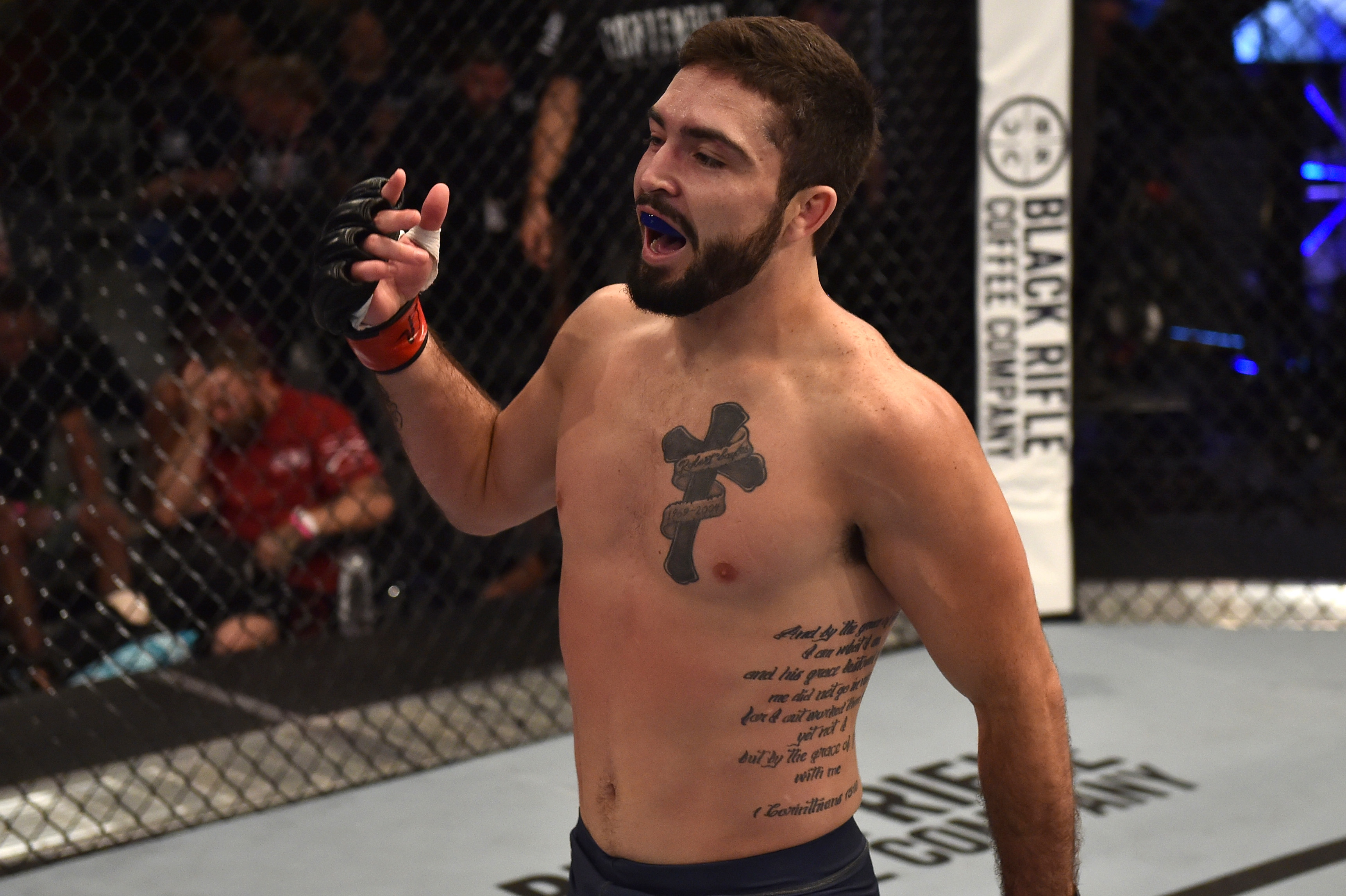 Sayles, a 17-year-old with big dreams of one day getting to where Cruz was, had impressed one of the team’s coaches at Alliance East at the time, Adrian Melendrez, and was invited to train with the pro team. He hasn’t left, and this Saturday, the 24-year-old’s road to the UFC is complete, as he takes on Sheymon Morales in a UFC 227 bout in Los Angeles.

“I felt like this day has been coming for a long time,” said Sayles, 7-1, who, despite his record, has been at this for nearly a decade. So while he may be new to the UFC, he’s not new to MMA and the fighter’s life.

“I’m only 24, but I’ve been in the game close to ten years and I’ve done it almost every day,” he said. “If I’m not training that day, I might be watching film or talking about it and thinking about it. So I’m obsessed with this. I just hope to prove to everybody and change their mind by showing that I can be one of the best and that I’m a lot more talented than people might give me credit for.”

There aren’t many dismissing Sayles, especially not after a first-round stoppage of Yazan Hajeh on week two of this year’s Dana White’s Tuesday Night Contender Series in June that earned him his sixth knockout victory and a UFC contract. He’s not wasting any time getting back to work, and that’s the way he likes it because this is all he wants to do.

“I’ve always hated the 9 to 5 lifestyle,” Sayles said. “My parents did it, I was a latchkey kid growing up and we made ends meet, but from what I saw at a young age, it seemed repetitive and boring to me. When I was 15, I was doing football and team sports, and once I found MMA, I decided I wanted to compete in MMA and I realized I was better than the average guys in the gym at that time and that’s when I decided that I was gonna stick with this and see where it goes. So I would be working in the gym, mopping the mats, teaching kids’ classes, adults as I got older, and I just kept fighting in my life as much as I could. I took every opportunity I had with fighting. Every fight that came up, I took it, every chance that I could train with some top guys, I’d go train, and I stuck with it.”

Now it’s paying off. He’s in the big show, he’s fighting close to home on a major event, and he can safely say that all the hard work was worth it.

“I kept my head down and kept working, and I knew that eventually it would pay off,” he said. “I’ve heard a lot of different things, a lot of different advice, and the best one I heard was, ‘You stick around the barbershop long enough, you’ll eventually get a haircut.’ (Laughs) So I stuck with that and I just knew my time would come.”