Saved by Fighting, Rivera Will Always Respect the Game

“It’s a fight. Whether I love you or hate you, I’m going to go in there and punch you in the face, and vice versa." - Jorge Rivera 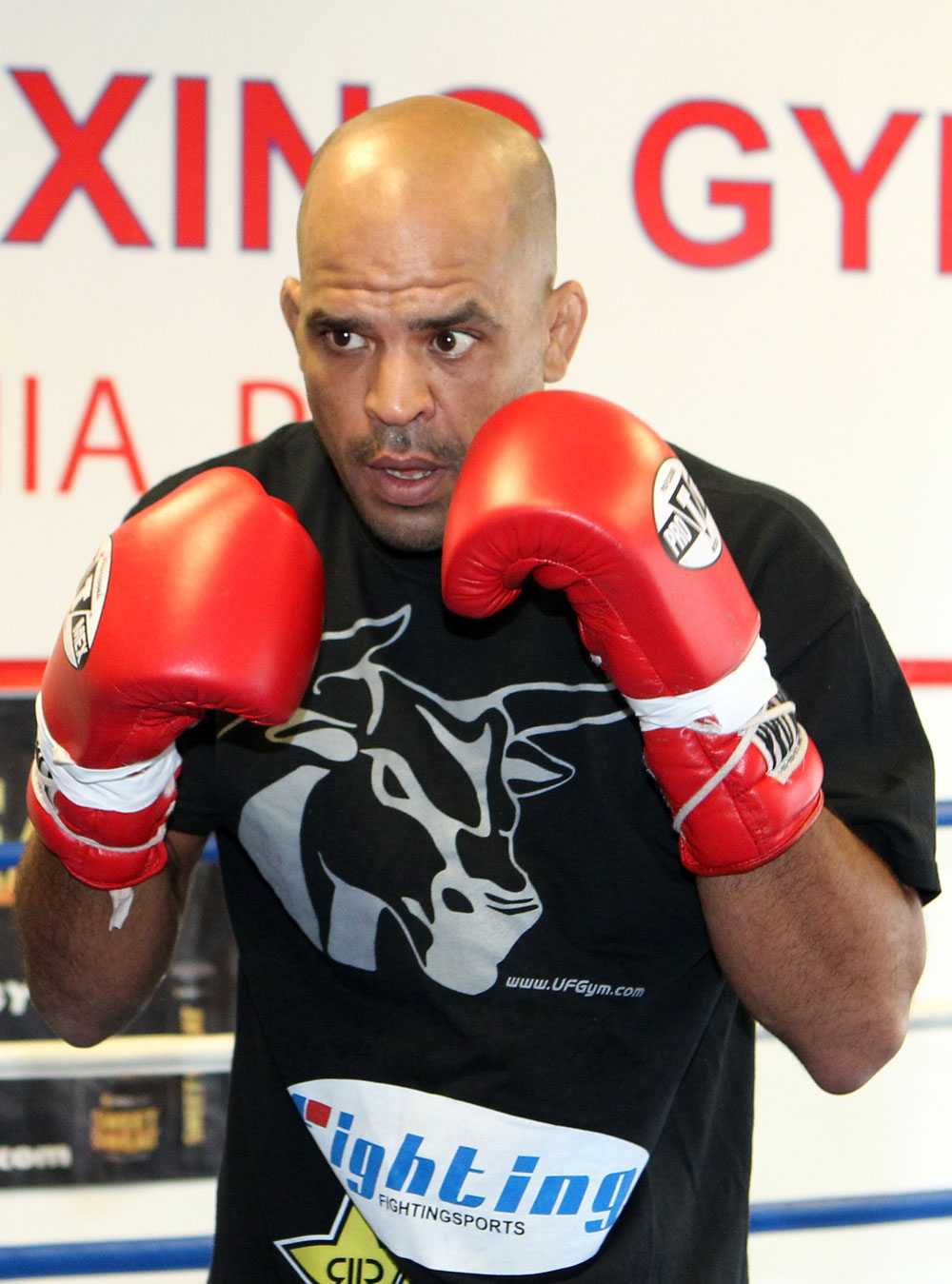 If things seem a little bit different for Jorge Rivera this time around, days before his UFC 133 bout with Costa Philippou on Saturday in Philadelphia, that would be an accurate assessment.

There’s no trash talk, no bad blood, no tempers flaring like there was in February, when Rivera and Michael Bisping went to war before, during, and even after their UFC 127 match. It was almost out of character for the always affable Rivera, leading to the question, had he ever been in a fight quite like that?

“Not professionally,” he laughs. And he keeps laughing, because when you think about it, bad blood or not, at the end of the day, you put on the gloves and settle your business in the Octagon.

“It’s a fight,” he agrees. “Whether I love you or hate you, I’m going to go in there and punch you in the face, and vice versa. We’re not gonna always like one another.”

And when it was all over at Acer Arena in Sydney, Bisping was the one who emerged victorious via second round TKO. It wasn’t the way Rivera, who brought a three fight winning streak into the bout, wanted or expected things to end, but that’s the fight game, and if anyone knows that game, it’s the 39-year old native of Framingham, Massachusetts. And hey, they say you learn more from your losses than your wins, right? So were there any positives that he took home to New England?

“I’m sure there is,” he chuckles. He just hasn’t found them yet. And more than any of his previous defeats, this one hit home the hardest, and even had him contemplating retirement.

“Just how the whole thing unfolded, I was like what the f**k?” he said. “But it is what it is. I can’t sit there and cry about it, I gotta keep moving on.”

So how do fighters move on? They fight. And Rivera is back this weekend doing what he does best, and in Philippou he’s got a dance partner willing to give him the standup war he wants. That’s the good part. The bad? He only got his new opponent on short notice after Alessio Sakara suffered a knee injury and was forced from the bout.

“It doesn’t really affect me too much,” admits Rivera, 18-8. “The only thing that’s kinda bothering me this time is that I only have a week to study and prepare for my next opponent. But at the same time, he (Philippou) is similar to Sakara in the fact that he’s a banger. I think he has a little more power in his hands, but whatever, it’s a fight. This is what we do. If we were in the streets fighting, I wouldn’t get to pick and choose who I fight – it’s whoever I had the problem with.”

And stylistically, Philippou may be the better matchup simply because the Greek bomber is almost guaranteed to keep the fight standing.

“I didn’t think Sakara was gonna take it to the ground either,” counters Rivera. “I think he’s in the business of entertaining fight fans and he knows what he’s good at, and that’s what I think that fight was gonna look like. But with Costa, I think it’s a little more secure that this is what he does and this is what he likes to do. This is his strength and his bread and butter; this is how he makes his money.”

It’s how Rivera makes his money as well, and whether he’s won or lost, he’s never been afraid to step up to the mark and fight the best in the business. From Anderson Silva and Rich Franklin to Chris Leben and Martin Kampmann, Rivera has been in with them all, and with a decade in the game, he’s seen plenty of changes. One of them is the advent of technology to scout opponents, and he took full advantage of that tool when he was given the name of his new UFC 133 foe.

“I’ve been youtubing everything I can find on anybody named Costa Philippou,” he laughed. “There’s more information about your opponent, you can study him better, you can see what you can do with him – what his strengths are, what his weaknesses may be, what you can exploit and what you can look out for. It’s right there in front of you. But there’s also a million things on all of us out there that people can look up. There’s so much information on the internet it’s ridiculous.”

So how does he feel about that?

“It all depends on what they’re doing with me.”

When Rivera is relaxed like this it usually means that a solid performance is coming around the corner, and he hopes that’s the case this time. But another reason for his confidence that Saturday night will be a good night comes from a few weeks with Greg Jackson and company in Albuquerque. It was a change for the diehard New Englander, but a welcome one.

“I needed to freshen up,” he said. “The last fight took a little bit out of me, and going out there was the best thing I’ve ever done. I learned a lot, I got re-energized, re-focused, and I got a lot out of that experience. I’m really, really grateful to the people at Ranger Up, Tim Kennedy, Greg Jackson and everybody over at Jackson’s MMA. They helped me get my head straight, and I’m focused and charged up.”

Charged up for a title run? If he wins, that’s four wins in his last five bouts. Well?

That’s probably the best way to approach it. One thing’s for sure though. Whether Rivera carries on for another five fights or calls it quits after the next one, the fighting life has left an indelible mark on him that goes beyond mere wins and losses. So he won’t ever forget what the game has meant to him.

“(Early UFC vet) Jason DeLucia was my first teacher,” recalled Rivera. “He said ‘you’re never gonna be as good as people say you are, but you’ll never be as bad as they say you are either.’ That never, ever left me. And it goes beyond that. I used to be a knucklehead and I was a troublemaker. This has saved me. I know the clichés and whatever, but this has been very, very good to me and I love it. I went from being an embarrassment to my family to something that they could be proud of. I love my parents dearly and I’m very happy with the fact that they don’t have to hang their heads when they talk about me.”