Sarah Moras: Back to Armbars and Punches

"I miss my armbars and hitting people" - Sarah Moras 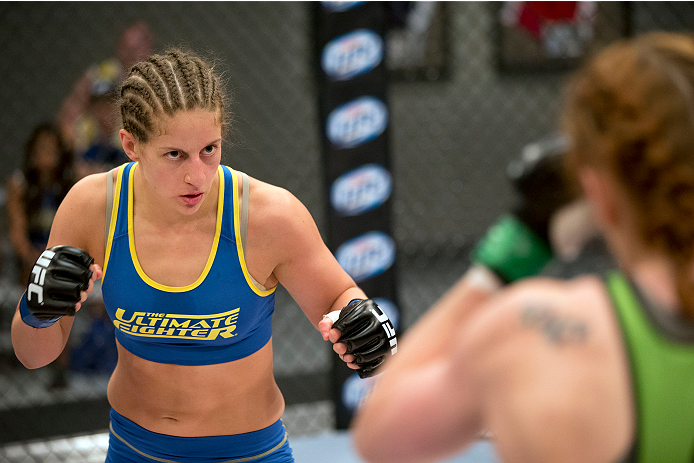 When Sarah Moras packed her bags and moved to England to train with Rosi Sexton and seriously pursue a career as a mixed martial artist, you would expect that her family back home in British Columbia probably wasn’t too happy. But that wasn’t exactly the case.

“That was sort of the turning point with my family,” said Moras. “Especially with Rosi being such a good role model and having a PhD and being super educated and also being number one in the world at the time, I think it opened up my family’s eyes that it’s not some criminals fighting, but educated, smart people, and that I actually had a future in it. I think that changed their opinions of it.”

Of course she signed up for and then dropped out of University to make the move across the pond, but that’s beside the point, as everything eventually worked out for the Sechelt native, who had already been putting in long hours at the gym back home before getting the offer to train with Sexton. And the future UFC bantamweight wasn’t doing this out of the kindness of her heart. If Moras was going to make the move, she was going to work – immediately.

“Rosi picked me up at the airport after I had a 24-hour flight with layovers, and she took me straight to the gym to train,” laughs Moras. “But it opened up my eyes to how to train as a professional.”

Moras had her first pro fight in England, stopping Helena Martin in the second round on a Cage Warriors show in Birmingham, and so her story began. And while you can have a romantic notion of wild adventures taking place in Europe during that time, Moras squashes that notion.

“The fighter lifestyle is the fighter lifestyle,” she said. “We all eat clean, we all live and breathe training, and we don’t have much other social life. It was mostly just going to the gym and eating while I was over there, and that’s pretty much what I do here too.”

Things might be about to take off for the 26-year-old though, with her UFC debut finally coming around this Sunday against Alexis Dufresne. “Finally” because an expected debut against Bethe Correia last November after her stint on season 18 of The Ultimate Fighter was scrapped due to injury. She’s been on the sidelines since, and it wasn’t easy for her.

“It’s been tough,” she said. “I’ve never been out of training that long, so it was hard, but I’d just sit at the gym for four hours at a time and just watch everyone, and I was still able to teach, so I was still in there, even though I wasn’t.”

And if you’re looking for a silver lining in the scenario of waiting, there wasn’t.

“If I were to have fought then, it would have been nice just because I had just fought before that a few months beforehand, whereas now it’s been a year since I fought, so it’s a bit crazier doing it this way.”

It’s not like she got an easy mark for her return either, as Dufresne is a respected competitor on the jiu-jitsu circuit who also has five wins without a loss in MMA. But with Moras having fought Julianna Pena and Raquel Pennington before TUF 18, and Pena and Tara LaRosa on the show, her edge in MMA experience is a sizeable one.

What Dufresne didn’t have was a prime view of the action at UFC 174 in Vancouver last month, a look inside the Octagon that certainly got Moras in the mood for fighting.

“It’s surreal and pretty crazy being there and watching it,” she said. “But then you watch it, and you know that you’re on par with everyone in the competition, so it makes it feel a lot easier. The UFC’s always been such a big thing with such high-level people, so it’s nice to know that I’m at that level now, and just watching it reconfirms it for me.”

All that’s left is the fight, and you can guess that she can’t wait for Sunday night.

“I miss my armbars and hitting people,” she laughs.