Sara McMann ready for title fight – and possibility of Ronda Rousey getting ‘under my skin’
By Steven Marrocco, MMA Junkie 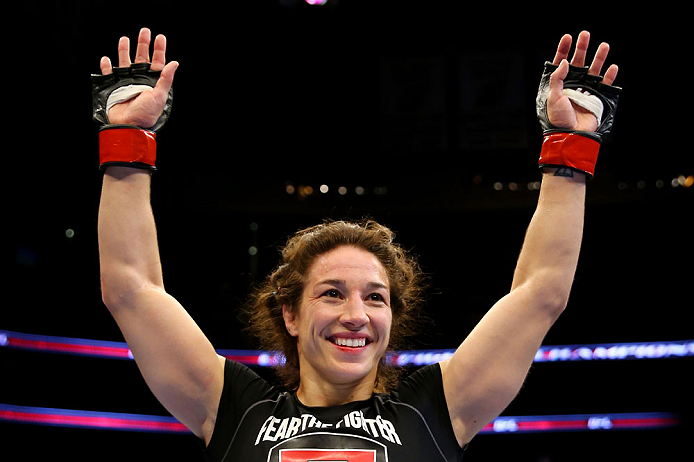 "Sara McMann is suddenly back in the MMA spotlight and ready to win the UFC women’s bantamweight title.

“'I’m a professional fighter, so this is what I’ve been working toward the entire time,' she today told MMAjunkie.

"But McMann already knew that. Prior to Rousey’s defeat of Miesha Tate at UFC 168, she was told she’d fight the winner of the grudge match, which co-headlined the pay-per-view event."