The buildup to UFC fights can be intense affairs. Fighters are laser focused on their gameplan, last minute adjustments, making the necessary weight and media obligations – just a few of their many responsibilities before stepping into the Octagon.

But sometimes a little laughter can be good, too.

In the buildup to this week’s UFC Fight Night: Belfort vs. Henderson 3, a Brazilian TV comedian certainly brought the laughs – and more than a few smiles – to the proceedings. 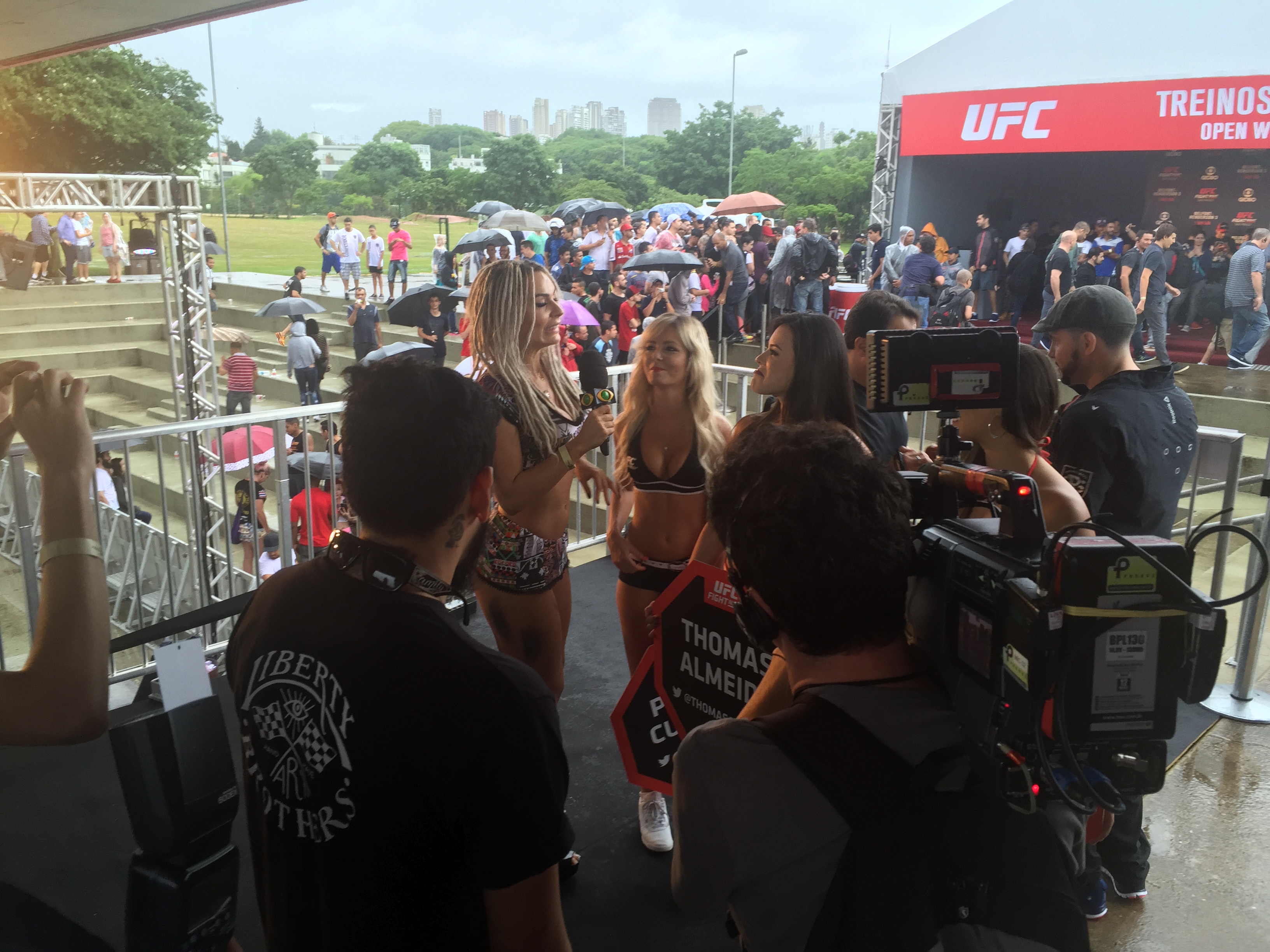 So, who is this scantily-clad personality? Mendigata, the television alter-ego of actor Fernanda Lacerda, is a uniquely Brazilian comedy character who is well aware of her self-described homespun “hotness”. For a future episode of the show, she is part of “Panico na band”, which airs Sunday nights on broadcast television network Band. She has been attending all UFC press events in character this week and will be in attendance Saturday night at Ibirapuera Gymnasium for the fights.

Think of the craziest things you’ve seen coming out of past Super Bowl media, but with a Brazilian accent.

With co-main eventer Patrick Cummins, her interview included Cummins pulling out his fake tooth. It made for a fun interview session and will likely earn him more than a few Brazilian fans.

“She’s a spectacle,” Cummins said. “At open workouts yesterday, everybody was like “Who is this girl? What’s going on here?” It was a topic of conversation for everybody for a good 20 minutes.

“I remember (my) first fight in Brazil, we did an interview with a guy wearing a cape – he does a weird comedy show too, and I was like: yeah, let’s do something,” Cummins added. "I laid on the ground while he stood over me like he knocked me out. It is fun, I like it. It’s definitely a different aspect, but I’m a goofy guy so it goes well with me.”

While all in good fun, some fighters were quick to point out they had their eyes focused on the task at hand this weekend – as well as their loving mates.

“I don’t know what to say – she’s naked!” mused Glover Teixeira, Cummins opponent in Saturday’s co-main. “I can’t even look too much, my wife is over here!”

Not your typical fare at most UFC events, but Mendigata is definitely leaving her mark on the proceedings this week.
Jorge A. Mondaca is the Managing Editor of UFC.com. Follow him on Twitter at @JorgeAMondaca