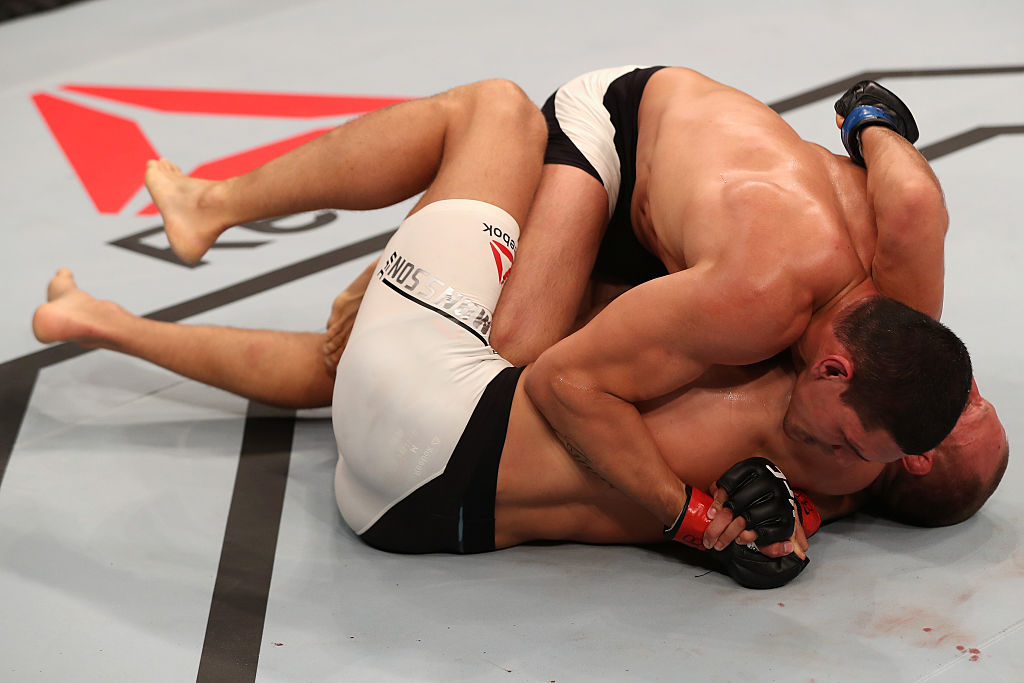 Middleweight Cezar Ferreira picked a good time to have his most impressive UFC performance, as he submitted Jack Hermansson in the second round of his first fight ever in his hometown of Sao Paulo, delighting the crowd at Ginásio do Ibirapuera on Saturday.

The first round was fought at a measured pace, with Hermansson attempting to play the aggressor, but instead, he got countered at nearly every turn by Ferreira, especially with the laser hand of “Mutante.”

In the opening minute of round two, Ferreira took the fight to the mat, and from there, it was just a matter of time, as he locked in an arm triangle choke, forcing a tap out at the 2:11 mark. 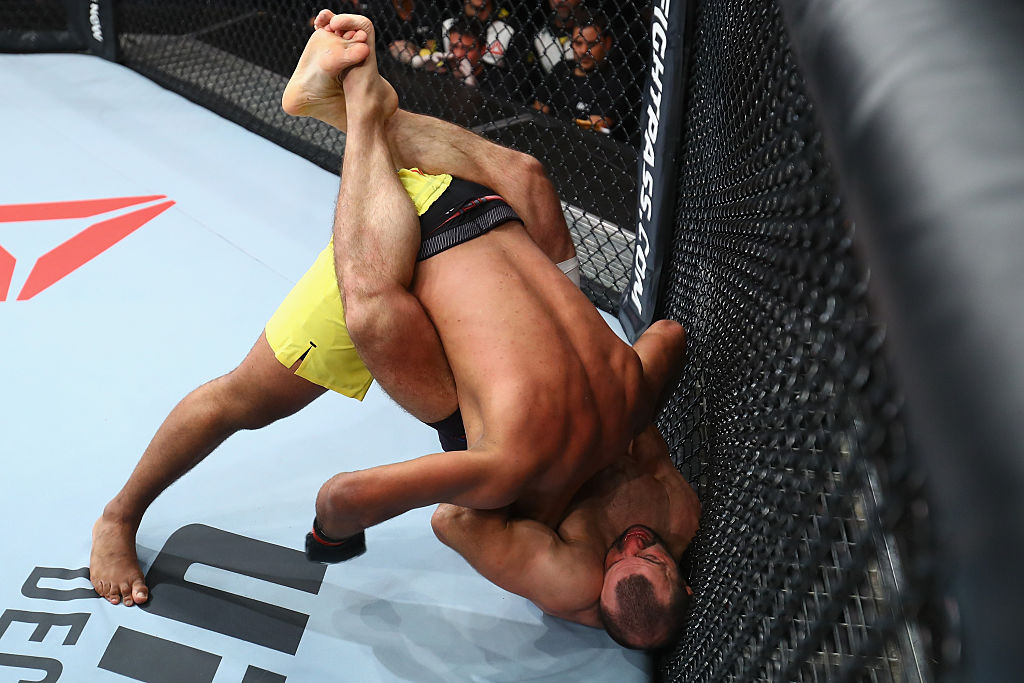 Russian newcomer Gadzhimurad Antigulov made quite the impression in his Octagon debut, submitting Sao Paulo’s own Marcos Rogerio de Lima in the first round of their light heavyweight bout.

Following a standup exchange to begin the fight, Antigulov scored with a single leg takedown and went to work. De Lima apparently scrambled out of trouble, but in reality, he moved right into a guillotine choke that forced a tap out at the 1:07 mark and silenced the crowd. 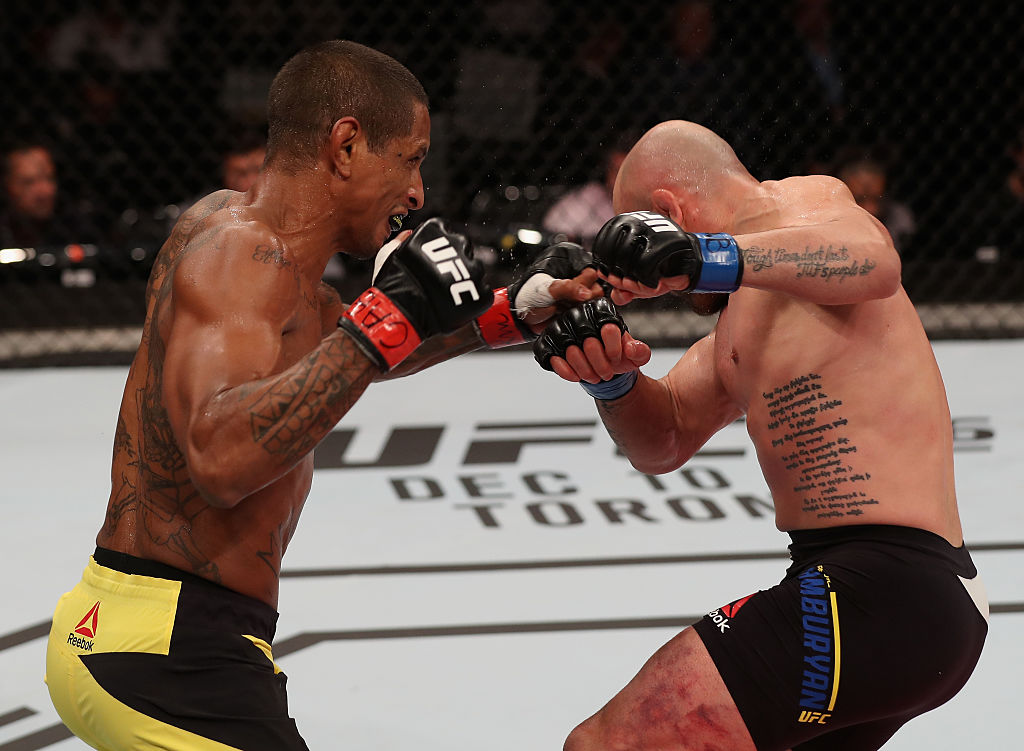 Rio de Janeiro’s Eduardo was the busier and more accurate striker throughout the opening round, but Gamburyan did land the most telling blow, and overhand right that momentarily wobbled the Brazilian. Eduardo got even in round two though, as he cracked Gamburyan with a short left and dropped him. Gamburyan tried to cover up, but after a few of the follow-up shots got through, referee Mario Yamasaki stepped in and halted the bout 46 seconds into the second stanza.

The No. 13-ranked Eduardo moves to 28-10. Following the bout, Gamburyan announced his retirement.

“It’s been a long road, it’s been tough,” Gamburyan, a finalist on season five of The Ultimate Fighter, said. This was my first time in Brazil, I had a great time, but I think this is it for me. I’m gonna call it a career, probably.”

The 35-year-old Gamburyan, who competed under the Zuffa banner with both the UFC and WEC, retires with an 18-11, 1 NC record. 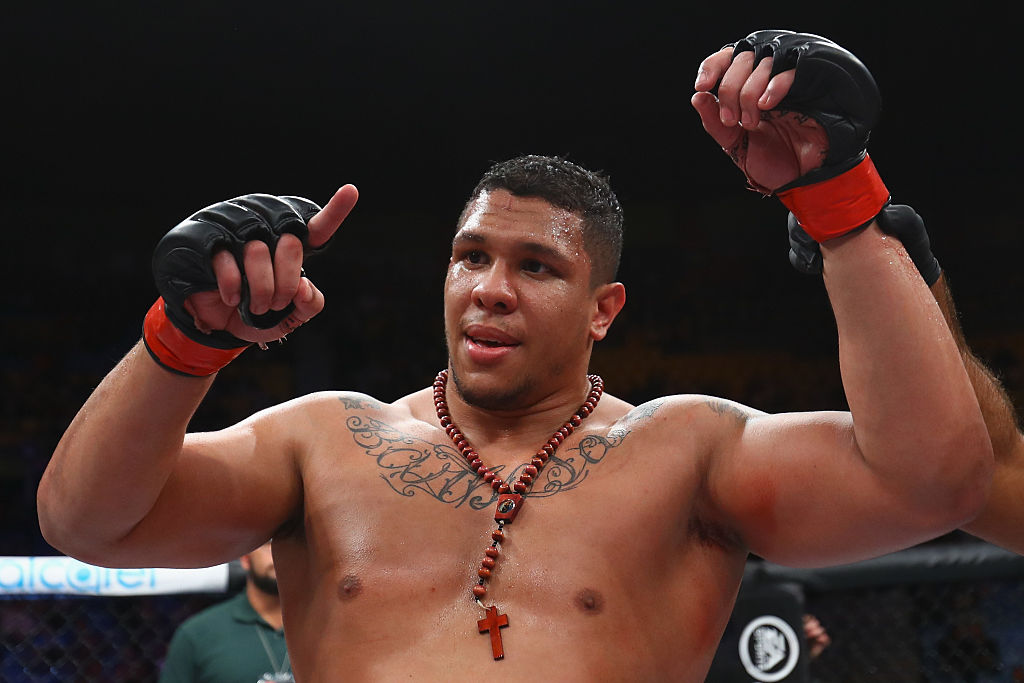 Heavyweight prospect Luis Henrique left nothing up to chance against Denmark’s Christian Colombo, grounding and pounding his foe for two rounds before submitting him in the final frame.

It was a rough first five minutes for Colombo, who wasn’t able to mount any offense in the face of a swarming grappling and ground-and-pound attack by the 23-year-old Henrique, who went right back to work to start in the second round, immediately putting “Godzilla” on the back in the opening minute of the frame. Colombo made it back to his feet and was able to stall enough to get a restart from referee Fernando Portella, but Henrique got another takedown of his bloodied foe, who was soon examined by the Octagonside physician.

With Colombo cleared to continue, Portella restarted the fight on the feet, but Henrique wasted no time delivering another takedown, and this time he kept the Copenhagen product grounded for the rest of the round.

In the third, Henrique scored his now inevitable takedown, and this time, he closed the show, locking in the guillotine choke that forced Colombo to tap out at 2:12 of the round. 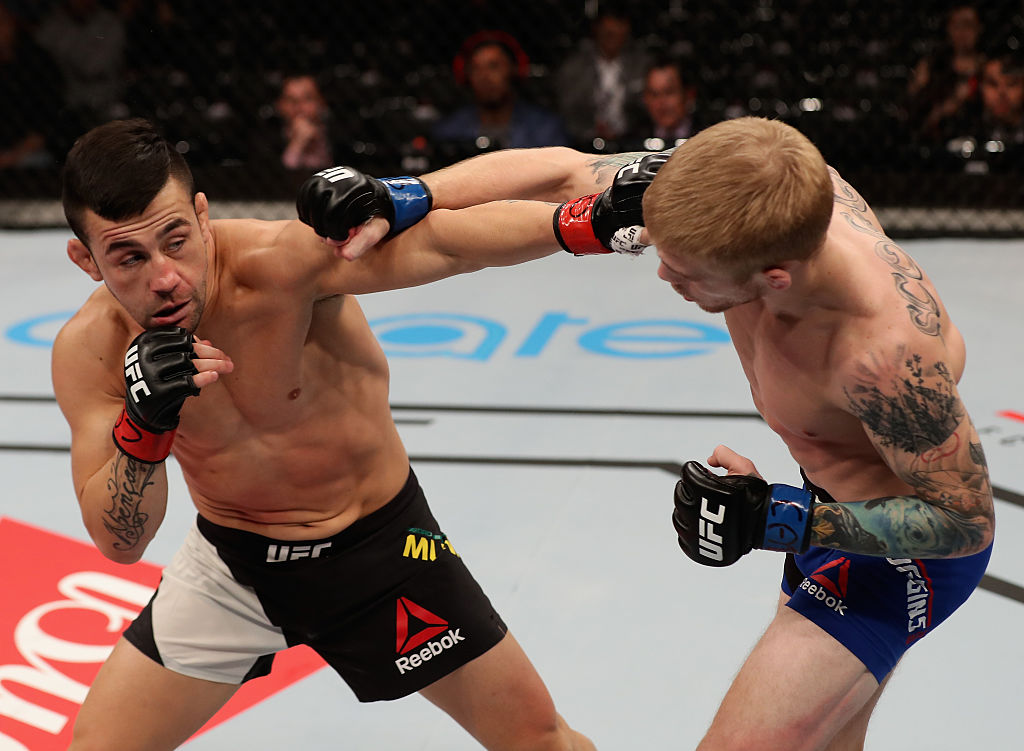 For a while, it looked like Justin Scoggins’ bantamweight was going to be a successful one, but instead, it was Sao Paulo’s own Pedro Munhoz who played spoiler, submitting Scoggins in the second round.

Scoggins was flashy with his kicks as the bout commenced, and even a miss on a spinning kick led to a takedown. Scoggins let Munhoz up immediately and got back to his striking attack. Munhoz wasn’t as flashy, but he was landing his share of kicks as well. It was still Scoggins’ round, as he controlled the pace and location of the action.

Munhoz found his opening in the second minute of round two though, as Scoggins missed a kick and fell to the mat. “The Young Punisher” pounced, and within seconds had Scoggins locked in a guillotine choke. The South Carolina native tried to escape, but there would be none, as he tapped out at 1:55 of the second stanza. 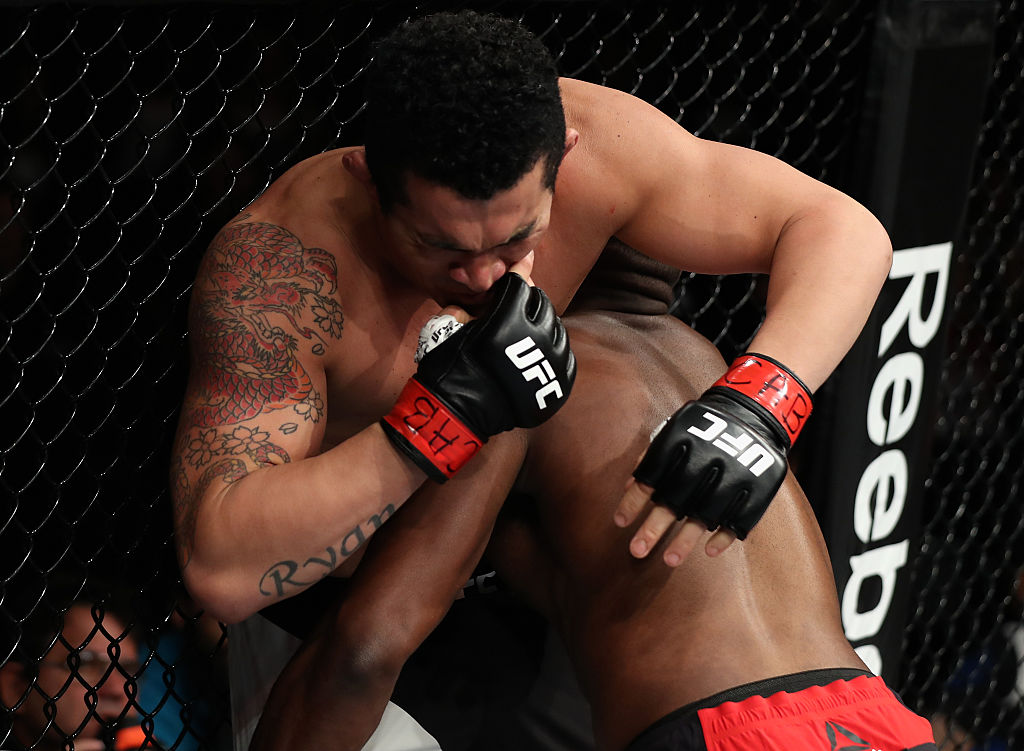 It was a bit of a bizarre finish for Octagon newcomer Darren Stewart in the opener, but the British light heavyweight will take the first-round TKO win that kept his unbeaten record intact.

Stewart closed the distance quickly in the early going, but as the two settled into a clinch against the fence early on, the two clashed heads, Barroso grabbing his face in pain as they grappled. Referee Eduardo Herdy didn’t intervene, and Stewart pounced, with an unanswered series of strikes bringing Herdy in to stop the fight at 1:34 of the opening frame.