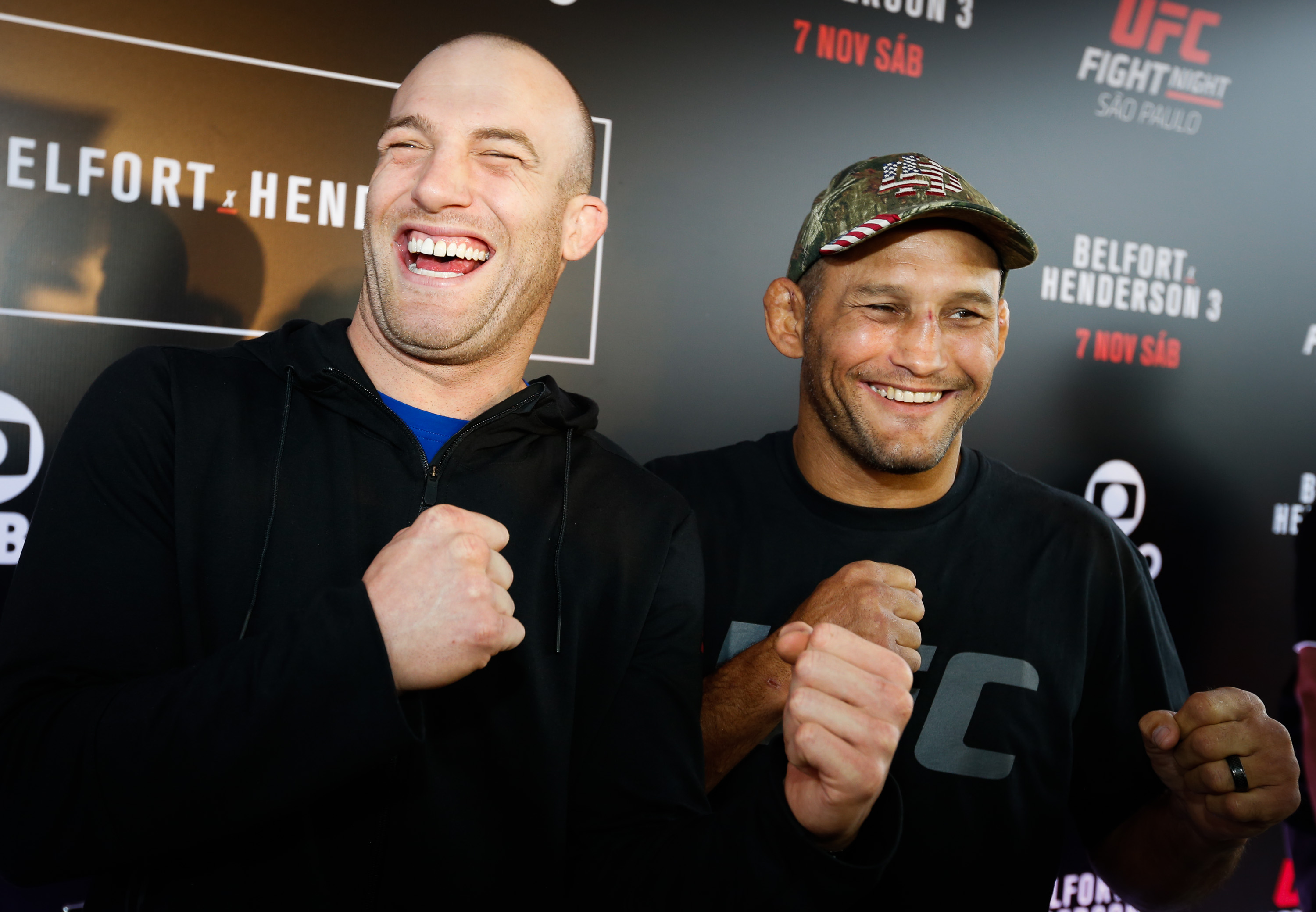 For the uninitiated: Get ready, it is going to be loud.

Whenever a Brazilian is facing a foreigner in the Octagon, his rival will hear the famous phrase: “Uh, vai morrer! Uh, vai morrer!”

It’s not what you think.

Sure, the google machine will tell you that Brazilians are chanting “You are going to die!” But Ginásio do Ibirapuera is not the Roman Colosseum, and these are not blood-thirsty fans. As any world traveler will tell you, every country is different – and in Brazil, this specific chant is part of their sporting culture.

“Everybody in Brazil is a soccer fan so they are cheering like they do for soccer. The fans have their chant ‘Yeah, you are going to die! Yeah, you are going to die!’ but it’s because it’s more like a soccer match. They don’t feel that – they don’t mean it. Americans are more respectful in the way they say things. Brazilians, if you go to a soccer game and you see how they chant to the opponents or the referees – they say ugly things. But the truth is that it’s just the way they express themselves sometimes, not how they actually feel.”

Those who have taken part in past Brazil fights admit the atmosphere can affect what goes on inside the Octagon. But in the end, fighters are rewarded – regardless of where they hail from.

“The fans are great, they are knowledgeable about the sport and very passionate about MMA, so it’s always nice energy to fight,” said headliner Dan Henderson, who has competed in Brazil on three previous occasions including his professional debut in 1997. “You can definitely feel the energy as a fighter. The energy of the crowd. The more energy that’s in the crowd, typically the fights are a little more action packed.”

With Saturday night’s fight card featuring 12 of 13 fights between a Brazilian versus a rival from another country, most notably nine Americans, the crowd is going to be passionate and partisan.
RELATED CONTENT: Dan Henderson- Not Done Yet | Vitor Belfort - Warrior Code | Glover Teixeira in his prime | Sao Paulo Event Preview

“We all know Brazilians like to cheer really loud ‘Uh vai morrer!’ and get in my head and stuff,” said Anthony Birchak, who fights 20-0 Thomas Almeida as part of the FS1 main card at 10 pm ET. “But fighting in the lion’s den against one of their up and coming lions is definitely something he’s going to feed off. I think he’s going to be aggressive and going to want to put on a show at home like anybody would.

“I want Brazilians to know I’m not a mean guy. I’m not mad or upset that I have to come fight in Brazil. Brazil’s a beautiful country and I want beautiful memories off of that. A win over (Almeida) will give me the memories that I need."