Santos and Alcantara Start It Off Right for Brazil 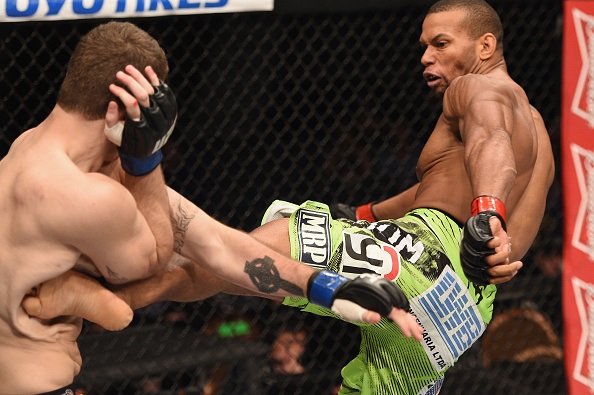 Santos’ aim was clear from the opening horn, and that was to end the bout by knockout. Enz put on some solid pressure and kept Santos from completely overwhelming him by landing a hard right hand. But moments later, the Brazilian drilled Enz with a left kick to the body and the Alaskan was visibly hurt. Santos noticed it and swarmed with lefts and rights, dropping Enz and prompting a stoppage by referee Mark Smith at the 1:56 mark after a few more ground strikes. 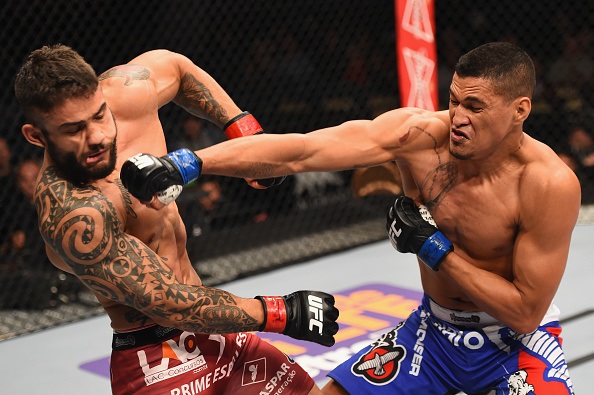 After a slow start, Moreira tagged Alcantara with some wild punches, but the veteran Alcantara immediately tied his foe up, leading to an extended clinch, With two minutes left, Moreira got the takedown, but Alcantara reversed the position and got into the mount. A minute later, Moreira (7-4) turned the tables and got on top, but he wasn’t able to do much with it.

Alcantara (21-7) surged into the lead in the second, using a conservative, but effective, long-range striking attack, one highlighted by a flush kick to the head that got Moreira’s attention, but didn’t spur him into action, and there was little sense of urgency from “Rick Monstro” in an uneventful final frame, allowing Alcantara to pick up the victory.


Having experienced a medical issue backstage, Jimy Hettes has been ruled out of his bout against Diego Brandao by doctors and commission officials. He has been transported to a local hospital for precautionary reasons.