Diego Sanchez has pretty much done it all.

He’s won The Ultimate Fighter, fought in four different weight classes, fought for championships and he will have his fight with Clay Guida inducted into the UFC Hall of Fame on July 5.

The only thing remaining on Sanchez’s checklist is to become a UFC champion. And while Sanchez knows that he has a ways to go, he believes that his upcoming UFC 239 scrap with Michael Chiesa will bring him closer to fulfilling his destiny.

“I’m going into this fight to make it three wins in a row, I got the perfect opponent for me and I’m undefeated against southpaws,” Sanchez said. “At UFC 239 I’m going to make a statement.”

A statement victory over a respected fighter like Chiesa would definitely boost Sanchez’s stock further. Before making the move up to welterweight, Chiesa won season 15 of TUF and quickly made his way into the top ten of the UFC lightweight rankings. After a few setbacks, Chiesa announced that he would compete at welterweight.

At UFC 232, Chiesa officially joined the 170-lb masses and showcased the benefits of the weight class switch in his impressive win over former champion Carlos Condit.

That soul searching is something Sanchez has been through. In fact, it’s something that he has dealt with as he evolved as a fighter. “Nightmare” thinks that Chiesa still hasn’t found his identity, and it’s going to be a long night for him on July 6.

“He’s playing with the clay but he really doesn’t know what he’s building,” Sanchez said. “He’s a little lost in his translation of his own evolution as a mixed martial artist and his self-identity as a fighter. I know because I’ve been through it. He’s going to fail and he’s going to fail miserably.”

Just a few months ago, Sanchez made sure that prospect Mickey Gall failed miserably in his attempt to take out the original Ultimate Fighter. And Sanchez believes his own evolution as a fighter has helped create the best version of himself heading into Saturday night. 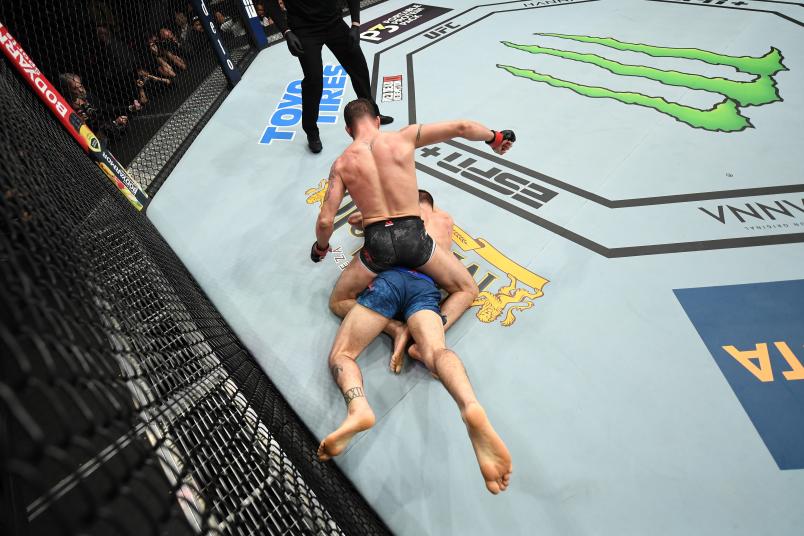 Sanchez looked dominant against Gall and was equally impressive in his win over Craig White. Both of these performances showed that Sanchez has adapted and made some changes to his game. It’s these type of changes that have kept him in the fight game for so long.

“If you’re not training practical, if you’re not training your mind just as thoroughly as your body, then you aren’t learning,” Sanchez said. “I take care of my body and I do things that no one in the world does. And that’s because I am focused on becoming a world champion.”

The UFC 239 main card starts live on PPV at 10pm/7pm ETPT. Make sure you tune in to see if Sanchez can take out rising star Chiesa.